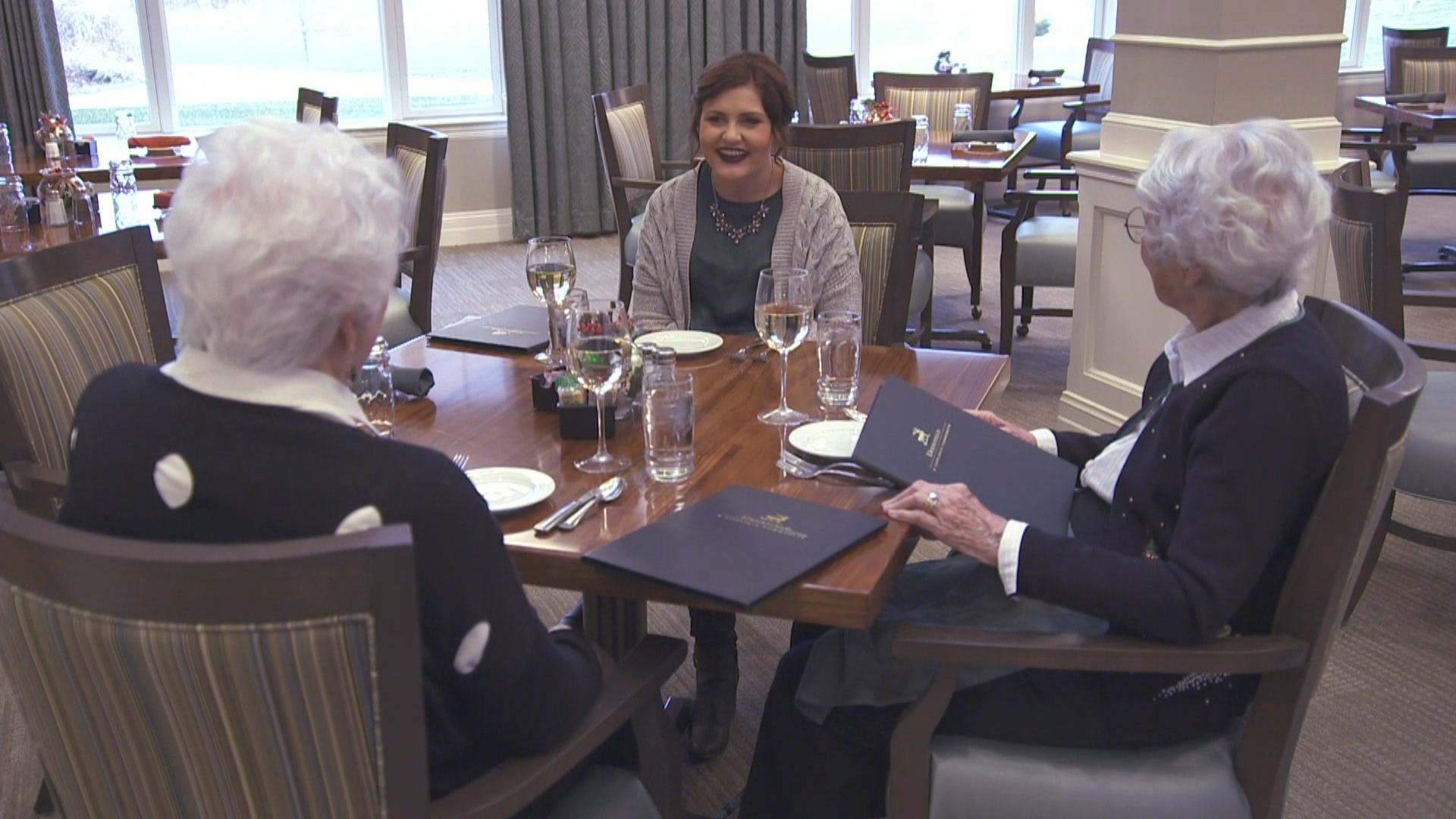 In our ongoing series, "A More Perfect Union," we aim to show that what unites us as Americans is far greater than what divides us.

DES MOINES, Iowa -- Gabby Clutter is like any other senior vocal performance major at Drake University – except when she leaves campus and heads home.

"When you got into college, did you ever think you'd be living in a retirement community?" CBS News' Dana Jacobson asked.

"No, I did not," Clutter said with a laugh. "It was not something that I thought was even possible."

Yes, Clutter's senior year housing is actually a senior living community called Deerfield, about 15 minutes from Drake. Executive director James Robinson said Deerfield launched their artist-in-residence program two years ago. A student from Drake is selected, given a free apartment and meals, then integrated into the senior community.

"We're not the pioneer for doing this," Robinson said. "This has been done at other communities in the United States and in other countries. But it was something that we felt passionate about doing here at Deerfield."

Glenis Nunn, 89, was one of the first residents to welcome Clutter to her new home. She said "it's been just amazing."

"What was it about Gabby that made her the right person to be here?" Jacobson asked.

"Her willingness to come," Nunn said. "To give up college life and come live at a retirement community. Now, she – you know, we give her room and board. As she said, a washer and a dryer, and a parking place inside. What more could you ask for?"

"Especially in Iowa winters, that is big," Jacobson said.

"It seems like you have this amazing opportunity to get a bunch of grandparents in your life," Jacobson said to Clutter.

"Yeah. I have a couple that – I recently started dating someone, and I told them about it," Clutter said. "And they were like, 'Well, he needs to come here for dinner because us grandmas need to approve.' And so it's just – it's really nice."

Besides socializing with residents, the only "cost" for Clutter's room and board is a couple of recitals a month, an activity she said has given her more confidence as a performer. But both Clutter and the residents say the greatest benefit of the program is simply the chance to learn from another generation.

"I would say it's worth it. It's such a cool experience not only for the residents but for the people at Drake too. 'Cause I always have my friends come, and they see how special it is, and how important it is to connect to people outside of your little bubble," Clutter said.

Nunn enjoys the interaction with "the youth."

"You know, we hear so many awful things about young people. And now we see the best things of young people," Nunn said. "How interested they are in us. And that was a surprise to me."

"Why is it so important to have different generations mixing together?" Jacobson asked.

"Well, I think so often young people stereotype anyone that may be over 50… but you get up into people who are 80 and older, mid-70s. I think they think that we're all in wheelchairs and not interested in anything. And they find out a whole different aspect," Nunn said.

"And I think maybe respect for older people. And I think that's very important," she added.

Nunn said she thinks what she's gotten from the program and the amount put into the program are "pretty equal."

Clutter is the second student to be a part of Deerfield's artist-in-residence program. Nunn said perhaps next they'll have a male resident or an instrumentalist.

Republicans back Trump's refusal to concede