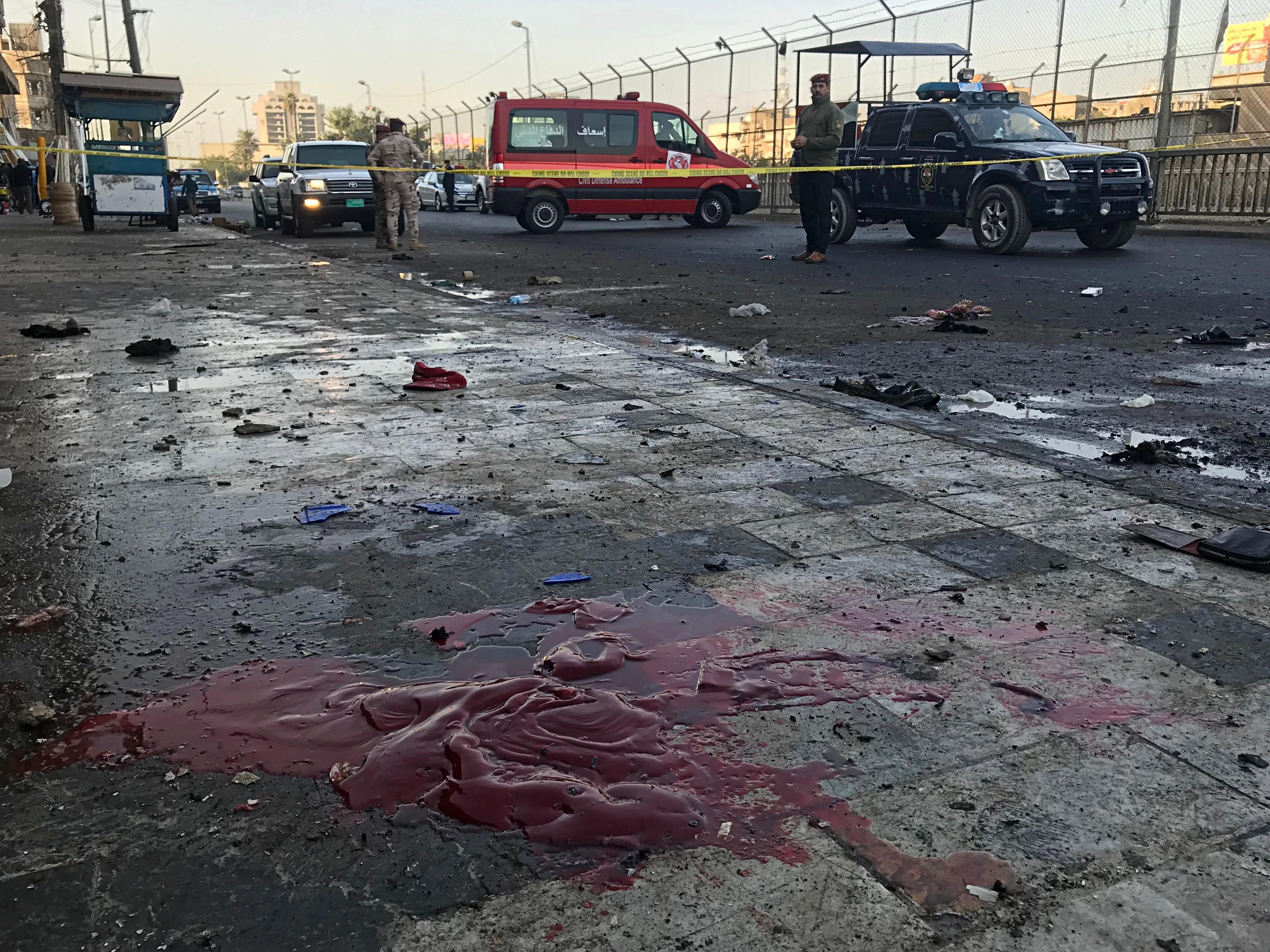 BAGHDAD -- Two suicide bombers blew themselves up at a busy street market in central Baghdad on Monday, in back-to-back explosions that killed at least 38 people, Iraqi health and police officials said.

The attackers struck during rush hour in the city's Tayran Square, which is usually crowded by laborers seeking work. The twin explosions also wounded at least 105 people, the officials said, speaking on condition of anonymity as they were not authorized to talk to the media.

Earlier reports by spokesmen from the Health Ministry and the Interior Ministry had 26 killed and at least 16 dead, respectively, and dozens wounded.

Ambulances rushed to the scene as security forces sealed off the area with yellow tape. Slippers could be seen scattered about on the blood-stained pavement as cleaners hurried to clear the debris. Photographs posted on social media showed lifeless bodies and pieces of limbs.

No group immediately claimed responsibility for the attack but it bore all the hallmarks of the Islamic State of Iraq and Syria (ISIS), which has claimed many such attacks in the past.

The twin explosions shocked residents in the Iraqi capital because large attacks had decreased significantly in Baghdad and other parts of country since security forces retook nearly all territory once held by ISIS militants.

Iraqi and U.S. officials have warned that ISIS would continue with insurgent-style attacks even after the Iraqi military and U.S.-led coalition succeeded in uprooting the militants across the country.

The cost of victory has been nearly incalculable as the three years of war against ISIS devastated much of northern and western Iraq -- roughly a third of the country -- where the extremists had held most of the territory.