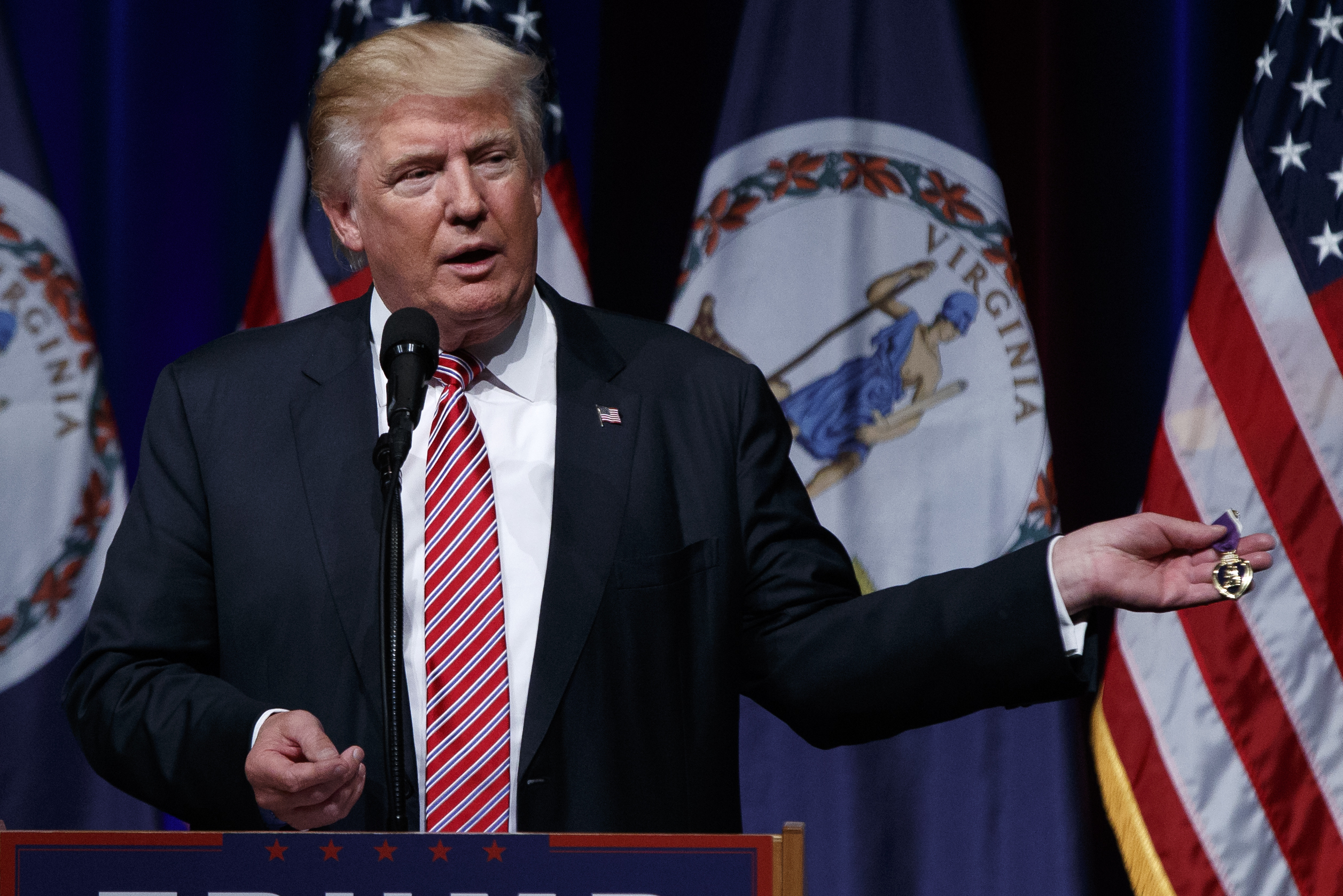 Donald Trump asked a woman with a crying baby to leave his rally in Virginia on Tuesday.

It all started when the baby began crying during the event.

Trump continued to talk for another minute, about how China has "ripped us to shreds." The baby's cries seemed to grow louder, and the GOP nominee interrupted his riff on China to say he was just kidding.

"Actually I was only kidding," he said, apparently addressing the mother. "You can get the baby out of here. That's all right. Don't worry." Trump addressed the rest of the crowd.

"I think she really believed me that I love having a baby crying while I'm speaking. That's okay. People don't understand. That's okay," he said.

The event was the only one Trump has scheduled for Tuesday.