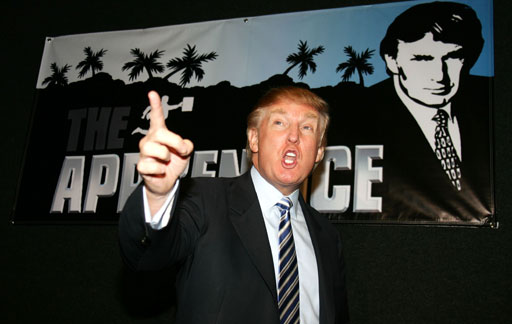 Clare Anne Darragh, a spokesperson for MGM, the company that produces the show, confirmed that Mr. Trump will retain his EP credit on the show, which returns from a two-year hiatus with a new host, actor and former California Gov. Arnold Schwarzenegger. Variety first reported the news.

Hope Hicks, a spokesperson for the Trump transition team, weighed in on the news to CBS, noting the president-elect’s financial involvement and role in forming the show with Mark Burnett, an Emmy-winning producer.

“Mr. Trump has a big stake in the show and conceived of it with Mark Burnett,” Hicks said in a statement.

MGM and the Trump transition team have not disclosed the president-elect’s future participation in the production of the show, which starts airing its season on Jan. 2, just weeks weeks ahead of Mr. Trump’s inauguration to the White House. The production company also declined to discuss the financial details of the deal with CBS News.

While it’s not unheard of for a president to continue receiving royalties for past creative works (like President Obama’s royalty payments from his published books), it will be yet another unusual mark of the Trump administration that a sitting president could be credited and paid for a reality TV show’s ongoing season.

Kellyanne Conway, a senior Trump transition adviser, said Friday that she was “doubtful” the president-elect will receive a salary from “Celebrity Apprentice,” and that Mr. Trump is currently consulting with ethics experts about the show.

“The fact is that he’s conferring with all types of experts to tell him what he’s allowed to do and not to do as the president of the United States, and if this is one of the approved activities, perhaps he’ll consider staying on,” Conway told CNN.

Asked whether a role for the show would take away from Mr. Trump’s time on policy issues, Conway defended the president-elect by noting President Obama’s golf trips.

“Were we so concerned about the hours and hours and hours spent on the golf course of the current president?” Conway said. “I mean, presidents have a right to do things in their spare time or their leisure time, I mean nobody objects to that.”

The “Celebrity Apprentice” news comes amid questions about the president’s conflicts of interest, including the sale of his stock holdings and the extent to which he intends to cede control over his business empire to his family members.

Mr. Trump has said he would address these potential conflicts during a public appearance scheduled for Dec. 15, which is expected to be his first press conference since his election victory.