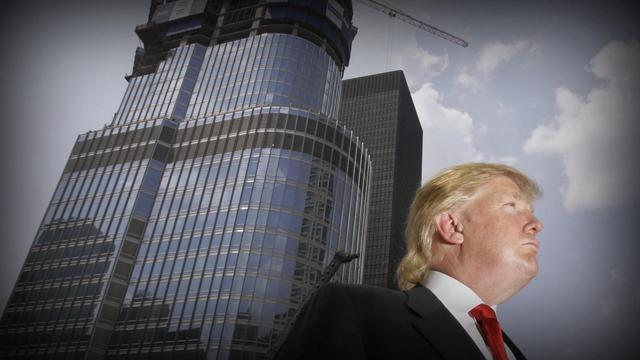 President- elect Trump’s luxury hotel in Washington is prompting new questions about potential conflicts of interest. Top oversight and Transportation Committee Democrats are calling for more information about the lease Mr. Trump has on the building.

Mr. Trump said Wednesday on Twitter he will separate himself from the Trump organization, writing: “Legal documents are being crafted which take me completely out of business operations.”

The president-elect said he’ll hold a press conference in mid-December to discuss how he’ll separate himself from his business “in total,” he tweeted, but he still has given no particulars. Yet, how he plans to separate himself from the family empire could prove critical, reports CBS News correspondent Anna Werner.

Mr. Trump’s luxury hotel in Washington’s Old Post Office building is owned by the federal government and leased to Trump. Through National Park Service restoration tax credits, the company owned by the president-elect and some family members could earn a tax credit of up to $32 million.

“He cut a great deal for himself vis-a-vis the United States government,” said Richard Painter, chief White House ethics lawyer under President George W. Bush. “That’s fine if he wants to stay in business. But if he wants to come over and be president of the United States, he can’t be both the landlord and the tenant in the building at the same time.”

Over the past 15 years or so, Donald Trump’s worldwide properties labeled with the Trump brand have expanded. Mr. Trump’s May 2016 publicly-filed financial disclosure lists 564 separate business entities he’s connected to, including places where he has developments like Trump Bali, India and Uruguay. It also lists places where he may be planning new developments, like Trump Marks South Africa LLC and the THC Jeddah Hotel Adviser LLC, in Jeddah, Saudi Arabia.

Top that with the fact that many buildings worldwide have the president-elect’s name splashed across their fronts.

“I’m not a national security expert but I can tell you there’s no way that I would want to put the name of the president of the United States on top of a building, in particular if it’s clear he’s getting payments for that in some of these countries around the world where there is definitely a terrorist threat,” Painter said.

They did not respond Wednesday to requests for more details on exactly what that may mean. But Painter said if it’s anything less than Mr. Trump selling all his assets, it’s not enough.

“It’s critical that he sell off his ownership,” Painter said. “These businesses create too many conflicts of interest for him as president, regardless of who is operating the businesses.”

When he takes office, Mr. Trump will be required to file a new financial disclosure form, but that form is not as revealing as an actual tax return because it does not required disclosure of actual income.

Conflict of interest laws really don’t cover this unique situation because they do not apply to the president or vice president, as they do to other government employees.