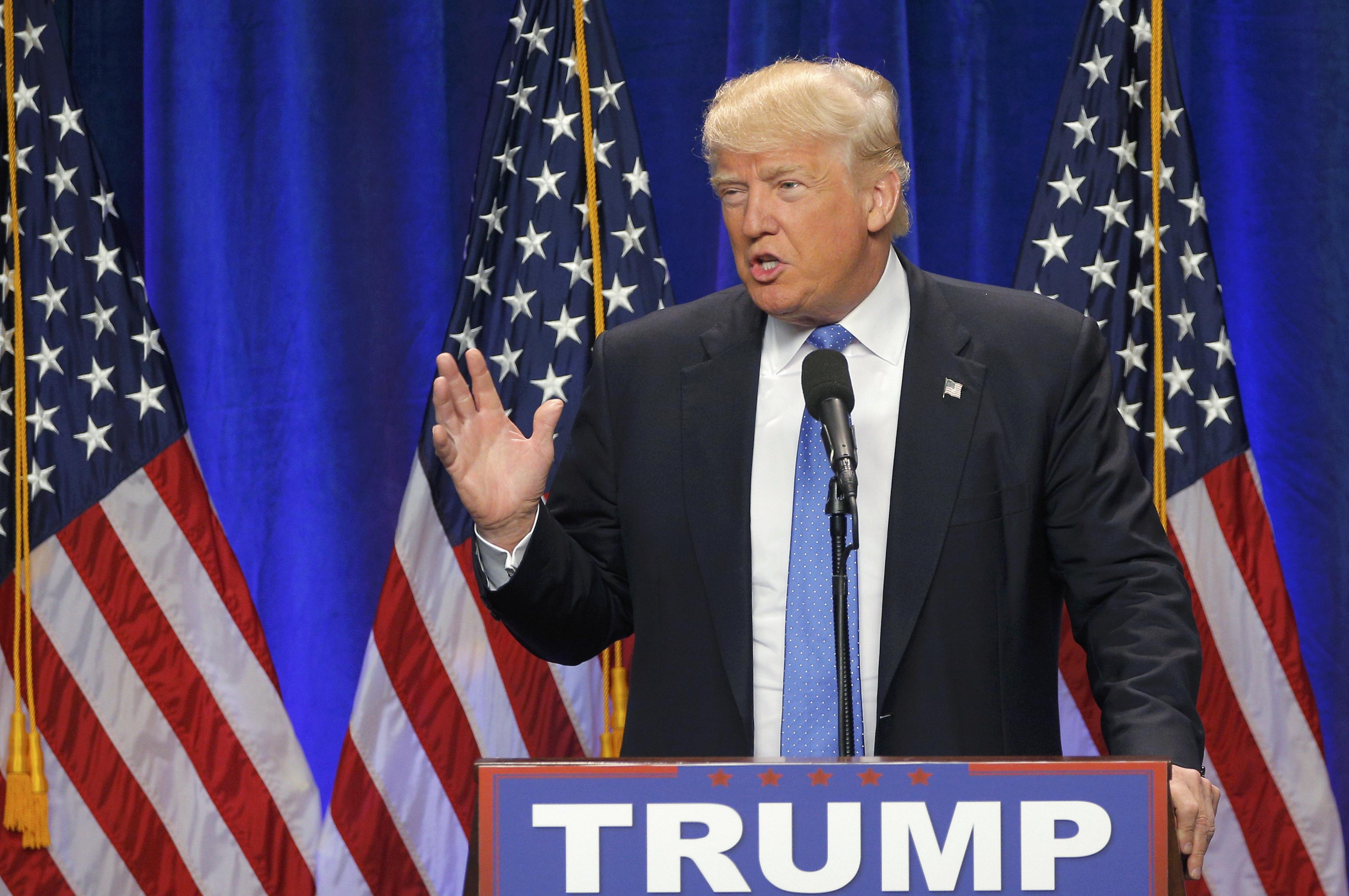 One day after a mass shooting killed 49 people in Orlando, Donald Trump said he would use his executive power to put in place immigration holds on Muslims and people from some Middle Eastern countries, saying refugees and immigrants could be America's "Trojan horse."

"This could be a better, bigger more horrible version than the legendary Trojan horse ever was," Trump told a crowd at St. Anselm College in New Hampshire Monday afternoon. "Altogether, under the [Hillary] Clinton plan, you'd be admitting hundreds of thousands of refugees from the Middle East with no system to vet them, or to prevent the radicalization of their children."

A day after fully reiterating his support for a plan to temporarily ban Muslims from entering the U.S., Trump said in his speech Monday that he would use the executive powers of the presidency to put that ban in place.

"I called for a ban after San Bernardino and was met with great scorn and anger, but now, many years, and I have to say, many years, but many are saying that I was right to do so, and although the pause is temporary, we must find out what is going on," he said. "We have to do it."

GOP congressional leaders have made it clear they don't support the ban: Sen. Majority Leader Mitch McConnell has said he would not draft senate legislation for a Muslim entry ban, and House Speaker Paul Ryan told CBS News' "Face the Nation," "I obviously don't support the Muslim ban. I do not think we should have a religious test on people who come into this country."

"I will use this power to protect the American people," he continued. "When I'm elected I will suspend immigration from areas of the world where there is a proven history of terrorism against the United States, Europe or our allies, until we fully understand how to end these threats."

Though Orlando shooter Omar Mateen was an American citizen, Trump suggested immigrants from the Middle East can come to the U.S. and radicalize people who are already here, or work to convince them online. (Trump said during his speech that Mateen was born in Afghanistan, but his prepared remarks said he was born to "Afghan parents.")

"The media talks about homegrown terrorism," Trump said. "But Islamic radicalism ... and the networks that nurture it are imports from overseas whether you like it or don't like it."

Trump said the ban will be lifted "when as a nation we're in a position to properly and perfectly screen these people coming into our country."

"Clinton wants to allow radical Islamic terrorists to pour into our country," he said. "Ask yourself, who is really the friend of of women and the LGBT community -- Donald Trump with actions or Hillary Clinton with her words?"

Trump began and ended his speech by expressing condolences to the families of the Orlando victims, noting the toll the tragedy is taking on the LGBT community.

"Our nation stands together in solidarity with the members of Orlando's LGBT community. They have been through something that nobody could ever experience," he said. "This is a very dark moment in America's history."

"A radical Islamic terrorist targeted the nightclub not only because he wanted to kill Americans but in order to execute gay and lesbian citizens because of their sexual orientation," he said. "It's a strike at the heart and soul of who we are as a nation. It's an assault on the ability of free people to live their lives, love who they want and express their identity."