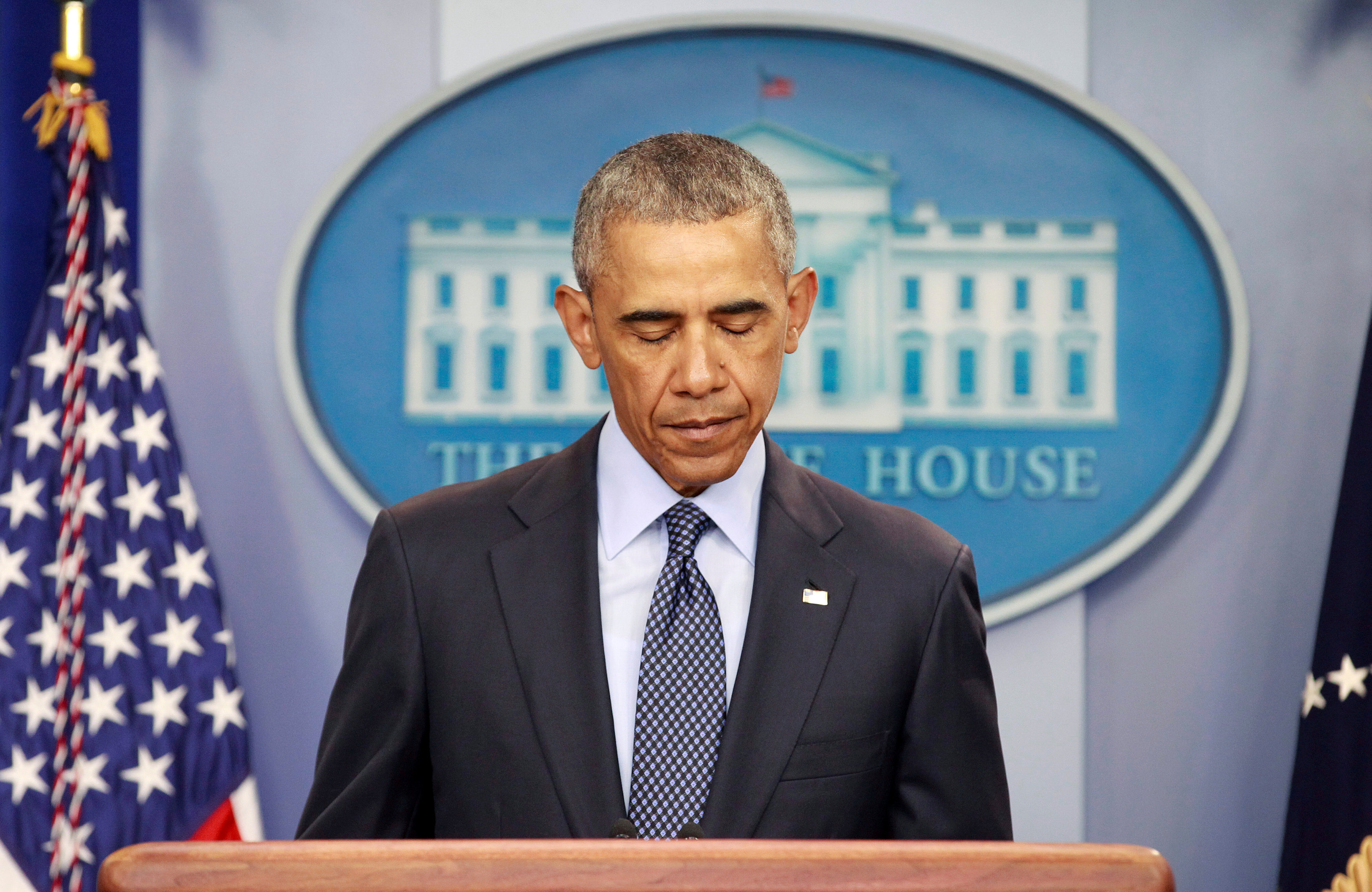 Donald Trump seemed to make a strange suggestion Monday that President Obama was somehow connected to the Orlando nightclub massacre that claimed the lives of 49 people early Sunday morning.

The indirect accusation came in an interview with Fox News Channel's "Fox and Friends" Monday.

He went on to say twice that there was "something going on."

But then, asked to elaborate on the implicit accusation, Trump backed off a little, accusing the president of mere incompetence, rather than malicious intent, though he suggested that unnamed others thought there was a connection.

"Believe me, all I want is safety, I want safety for this country," Trump told "CBS This Morning" in a phone interview. "What happened yesterday will happen many times over with a president like Obama that doesn't even want to use the term 'radical Islamic terrorism.'"

Trump said Sunday that the massacre was proof that the U.S. government should implement his Muslim ban. His proposal, however, would block Muslims from entering the U.S., while the shooter, Omar Mateen, was born in New York to Afghan-born parents.

The president addressed the nation about the attack on Sunday afternoon, condemning the shooting at the gay nightclub in Orlando that left 49 people dead and 53 more wounded.

Mr. Obama said that while the investigation is still underway, it is clear the shooting was an "act of terror and an act of hate." Mateen had pledged allegiance to ISIS in a phone call to 911 during the attack.