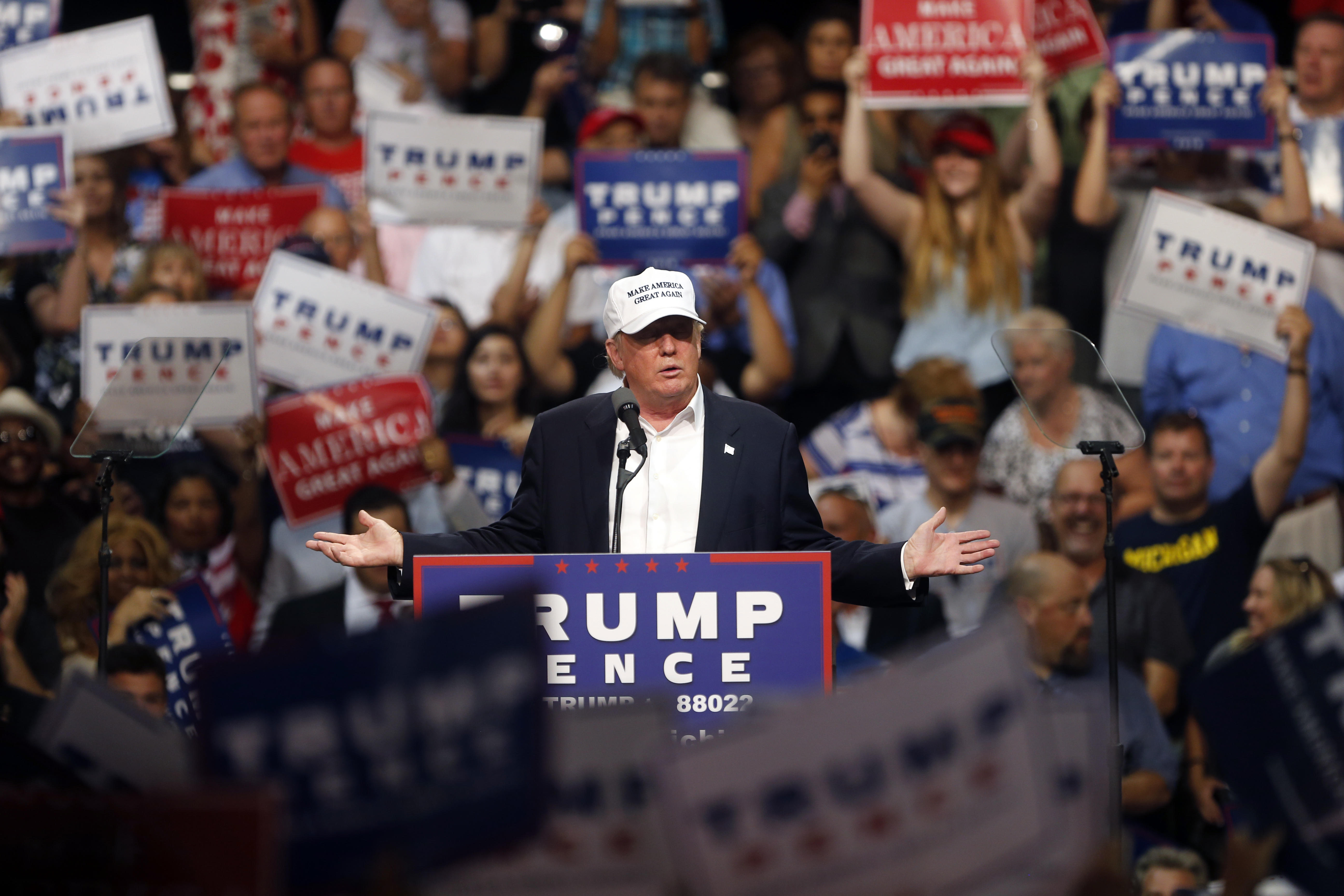 DIMONDALE, MI – Donald Trump’s third straight speech with a teleprompter painted the most alarmingly bleak picture of the condition of the African-American community — a demographic that he faces a severe deficit with — yet.

Trump delivered the message – again aimed at minorities – in front of a mostly white crowd. In this month’s NBC/Wall Street Journal poll, Trump had one percent of the African-American vote.

On Friday, Trump, who has never lacked of braggadocio, guaranteed that after one term of a Trump administration, he would get the vote of almost the entire black community.

“And at the end of four years, I guarantee you that I will get over 95 percent of the African-American vote, I promise you,” he said.

This comes months after Trump said he would order his Attorney General to investigate the Black Lives Matter movement, which he referred to as “divisive.” During the primary season, Trump received swift backlashed for sharing a post on Twitter showing false statistics purporting to show black-on-black crime. In the 1970s, Trump’s company – led by his father and him – was accused by the Justice Department of racially based housing discrimination in housing in Brooklyn and Queens.

In Michigan, Trump castigated Clinton, calling her treatment of the African-American community “a disgrace.”

“If Hillary Clinton’s goal was to inflict pain on the African-American community, she could not have done a better job,” Trump said.

But his message grew even more charged.

“Hillary Clinton would rather provide a job to a refugee from overseas than to give that job to unemployed African-American youth in cities like Detroit – who have become refugees in their own country,” Trump said.

It was the first time Trump had likened the plight of black youths to refugees abroad.

Trump has become more reliant on the teleprompter as his campaign leadership has changed – a tactic he derisively mocked for almost the entirety of his campaign but one his core supporters now embrace.

“I think it’s great that he’s using a teleprompter because the corrupt media likes to pick up any little word he says out of his personality and make something more out of it than it is,” said 62-year-old Sandy Carver of Lima, Ohio.

“If I was in front of hundreds of thousands of people, I would feel comfortable with at least a teleprompter,” said 47-year-old Paul Mikulcik, from Beaverton, Michigan.  “Why he would knock someone else for using a teleprompter? I don’t know.”

Whether the new “on-message” Trump lasts is as unpredictable as the rise of Trump in the first place.

The visit to Michigan came on the heels of Trump’s tour of the flood-ravaged areas in Louisiana Friday morning, and at the end of a week in which he shook up the top tier of his campaign​, promoting Kellyanne Conway to campaign manager and hiring Steve Bannon, the chief executive of Breitbart.