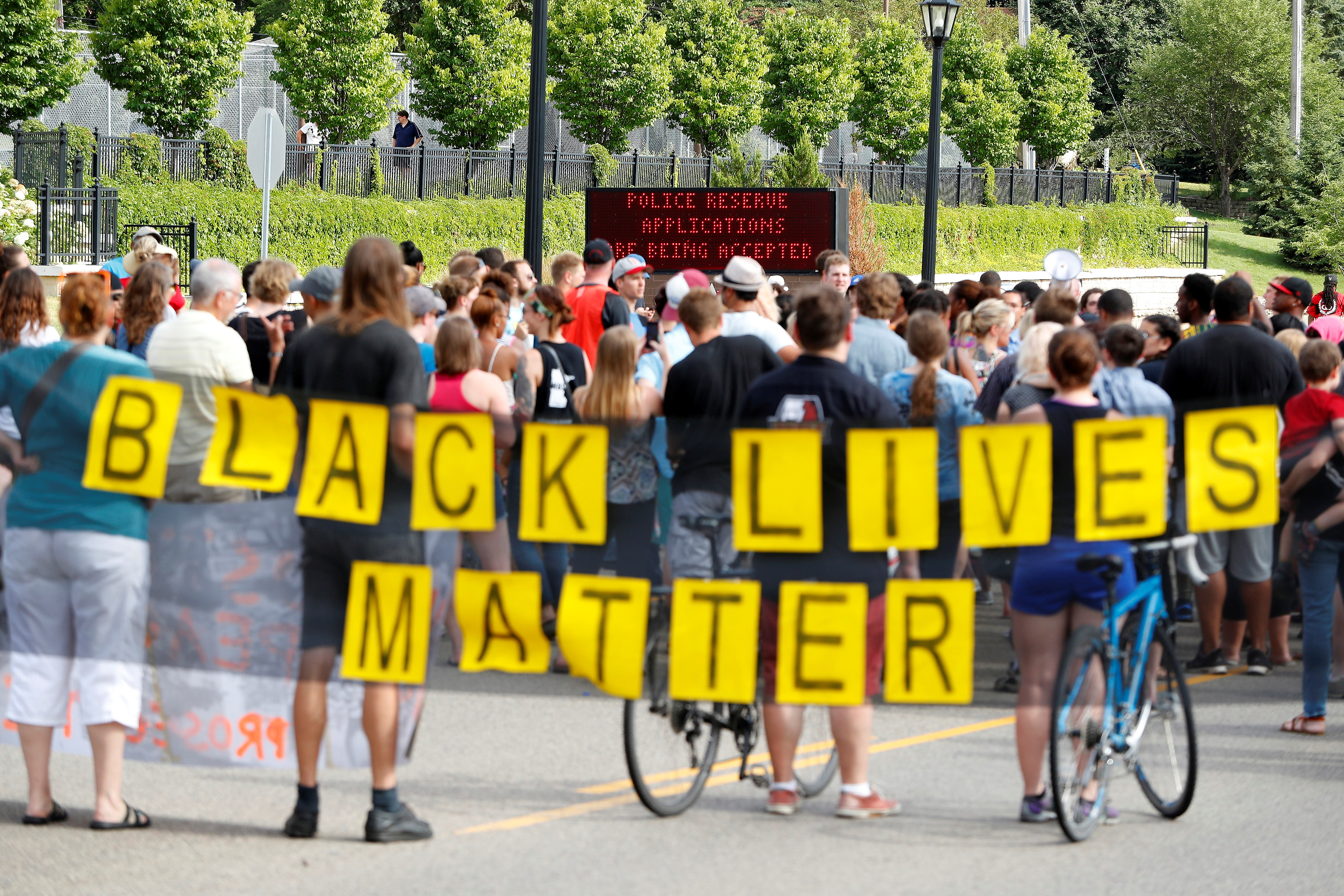 At the same time his own party broadcast the opening night of its nominating convention, presumptive Republican nominee Donald Trump called in to Fox News late Monday evening to address the recent incidents of violence against police officers and their connection to the Black Lives Matter movement.

Asked by Fox News host Bill O'Reilly what he would do about Black Lives Matter, Trump responded: "Well, you see them marching and you see them on occasion -- at least, I have seen it -- where they are essentially calling death to the police."

Trump then proposed to "look into it very seriously."

"I have seen them marching down the street essentially calling death to the police and I think we're going to have to look into that," he said.

O'Reilly pressed Trump on whether he would ask the Justice Department to look into criminal charges against the movement.

"Everybody is free to say what you want to say up to a point," Trump said. "But when you are calling death to police and to kill the police, essentially -- which is what they said -- that's a real problem, Bill. That's a real big problem."

Last week a there was an online petition to the White House, asking the Obama administration to officially designate Black Lives Matter a "terror group."