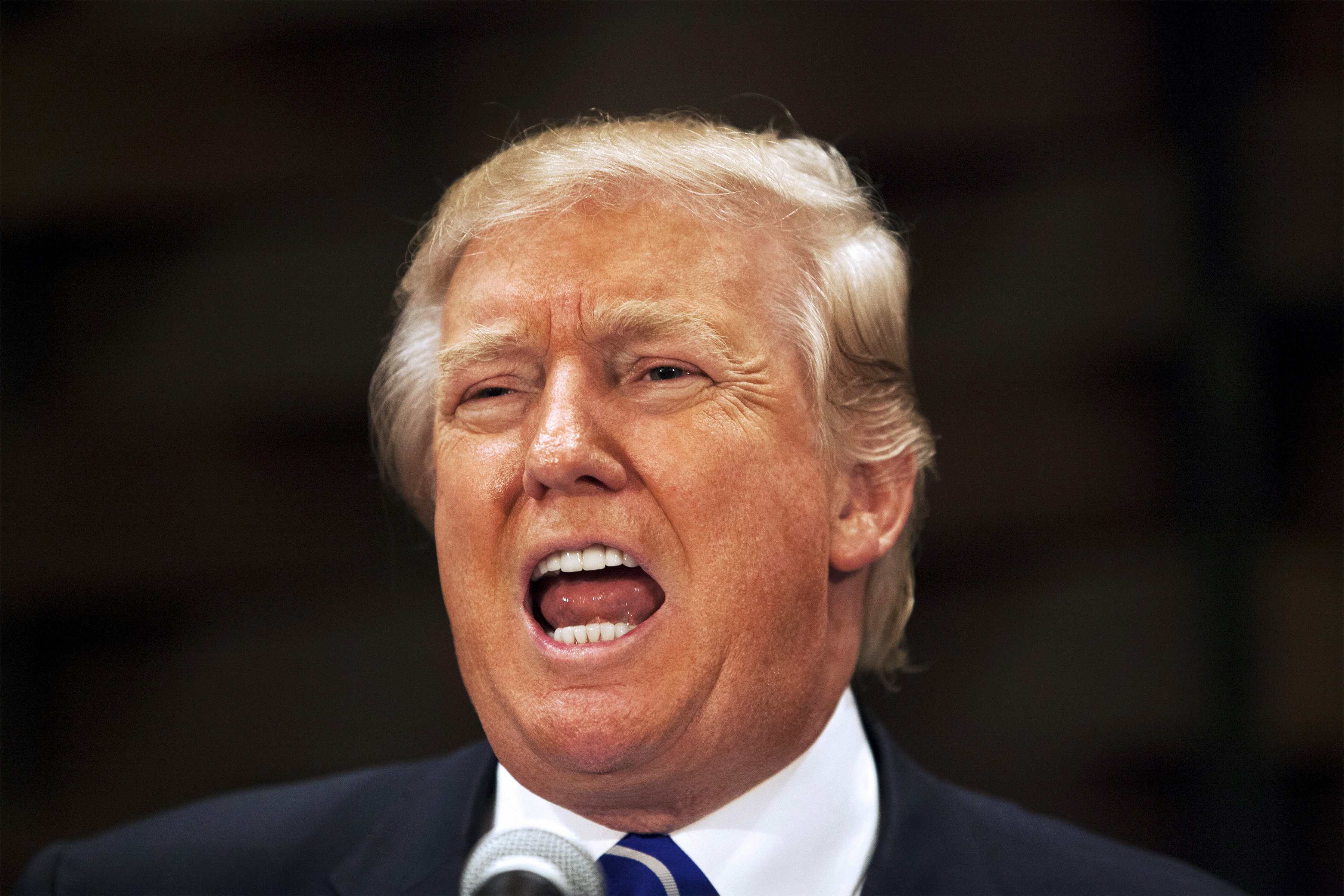 "This is my wheelhouse," Trump exclaimed. "The economy is what I do well."

Trump also said the plan was put together along with input from leading economists.

"They love it. They say, 'Why hasn't this been done before?'" he claimed.

The Trump plan lowers tax rates across the board and breaks the tax code into four brackets, instead of the current seven. Individuals earning less than $25,000 and married couples making less than $50,000 would pay no federal income tax. Trump claimed that the plan could see growth ranging from 3 to 6 percent.

But economists have been extremely skeptical of candidates promising to achieve growth at those levels again. Former Florida Gov. Jeb Bush who promised the U.S. would achieve 4 percent growth if he were president, quickly found himself at odds with economists who have said the U.S. cannot grow consistently at that level because of decades-long trends the White House cannot change.

Asked about how this would affect his own taxes, Trump said, "It'll be much simpler. My returns go up to the ceiling and beyond, which is ridiculous."

Trump's plan aims to pay for the tax cuts by getting rid of a variety of loopholes, one of them being "carried interest" tax break that many hedge fund managers take advantage of. Typically, managers of hedge funds are paid with both a fee tied to the fund's assets and a percentage of the profits the fund generates - the latter being called "carried interest."

Carried interest profits are treated like capital gains and taxed at a lower rate rather than as labor income. The Congressional Budget Office estimated in 2014 that closing this loophole would generate about $17 billion through 2023, a pittance compared to the federal government's budget as a whole.

One thing to note, however, is that the carried interest rate is currently 23.8 percent, and top earners pay 25 percent income tax under his proposal, so those hedge fund managers are really only looking at a hike of 1.2 percent.

The plan also gets rid of other taxes considered anathema to conservatives, including the Alternative Minimum Tax and the estate tax - called the "death tax" colloquially in circles that oppose it - which taxes assets passed from the deceased to heirs.

He would preserve deductions for charitable donations and mortgage interest.

The Trump plan would cap business income taxes at 15 percent and would call for a one-time repatriation of corporate taxes held overseas at a 10 percent rate. Citizens For Tax Justice estimate that more than $2 trillion in corporate profits are currently being held overseas.

"We will have that money brought back in," Trump said. "As an example. I have millions of dollars overseas. I can't bring it back into this country. We file papers. We've been doing this for a year and a half. We can't get it back in. So the money stays in other countries. That's what happens, not good for us."

Trump's plan offers some marked similarities and stark differences to other candidates who have released tax plans. Kentucky Sen. Rand Paul's plan calls for a flat tax of 14.5 percent across the board, while also eliminating the estate tax and most deductions and loopholes. Florida Senator Marco Rubio's would only cut the top personal income rate to 35 percent from the current high of 39 percent, while lowering corporate income tax to 25 percent, down from the current 35 percent. Still, it is higher than Trump's new corporate rate of 15 percent.

The Trump campaign says the plan would be revenue neutral, and wouldn't affect the deficit, based on dynamic scoring. Dynamic scoring assumes certain effects - that companies would start behaving a certain way, for example - once the plan takes effect.

The tax paper is Trump's third policy proposal, after immigration and guns. It comes as the businessman is beginning to show some signs of weakness in the polls.

A new NBC/Wall Street Journal poll shows neurosurgeon Ben Carson closing the gap with Trump. Last weekend, a CNN/ORC poll still showed Trump as the frontrunner at 24 percent, but that was down 8 points in the same poll from earlier in the month.