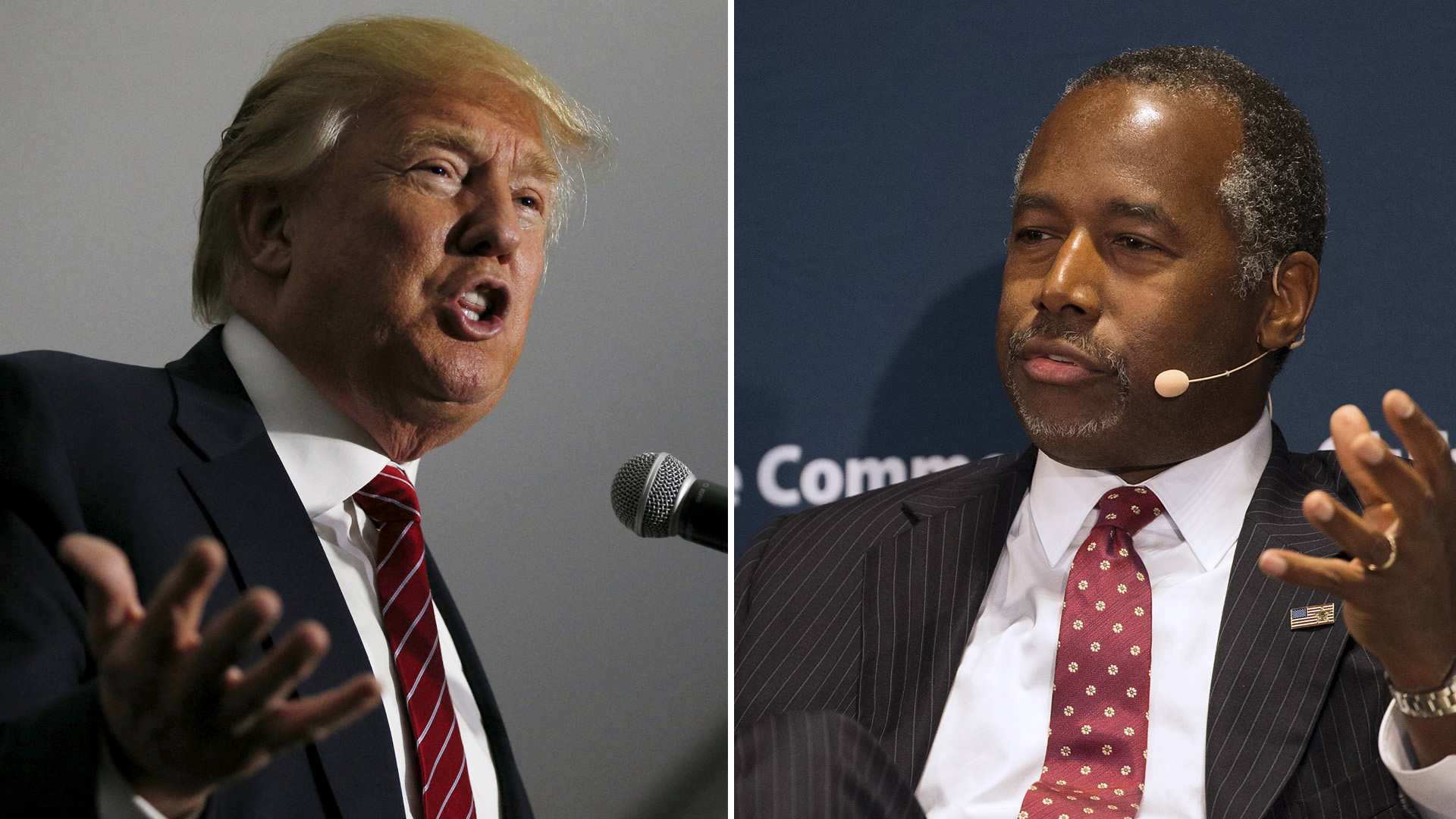 Neurosurgeon Ben Carson has essentially closed in on Republican front-runner Donald Trump in a new national poll of 2016 presidential candidates from the Wall Street Journal and NBC News.

Twenty percent of Republican primary voters said they wanted Carson to be president, just one percent fewer than the percentage that picked Trump, the businessman and reality TV star. In the organizations' last poll in mid July, Carson had 10 percent support and Trump had 19 percent support.

On the Democratic side, former Secretary of State Hillary Clinton had a 15-point lead over Sen. Bernie Sanders, I-Vermont. She was the choice of 53 percent of Democratic primary voters, compared to 38 percent who picked Sanders. In July, her lead was 34 points.

All other Democratic candidates received less than 1 percent support.