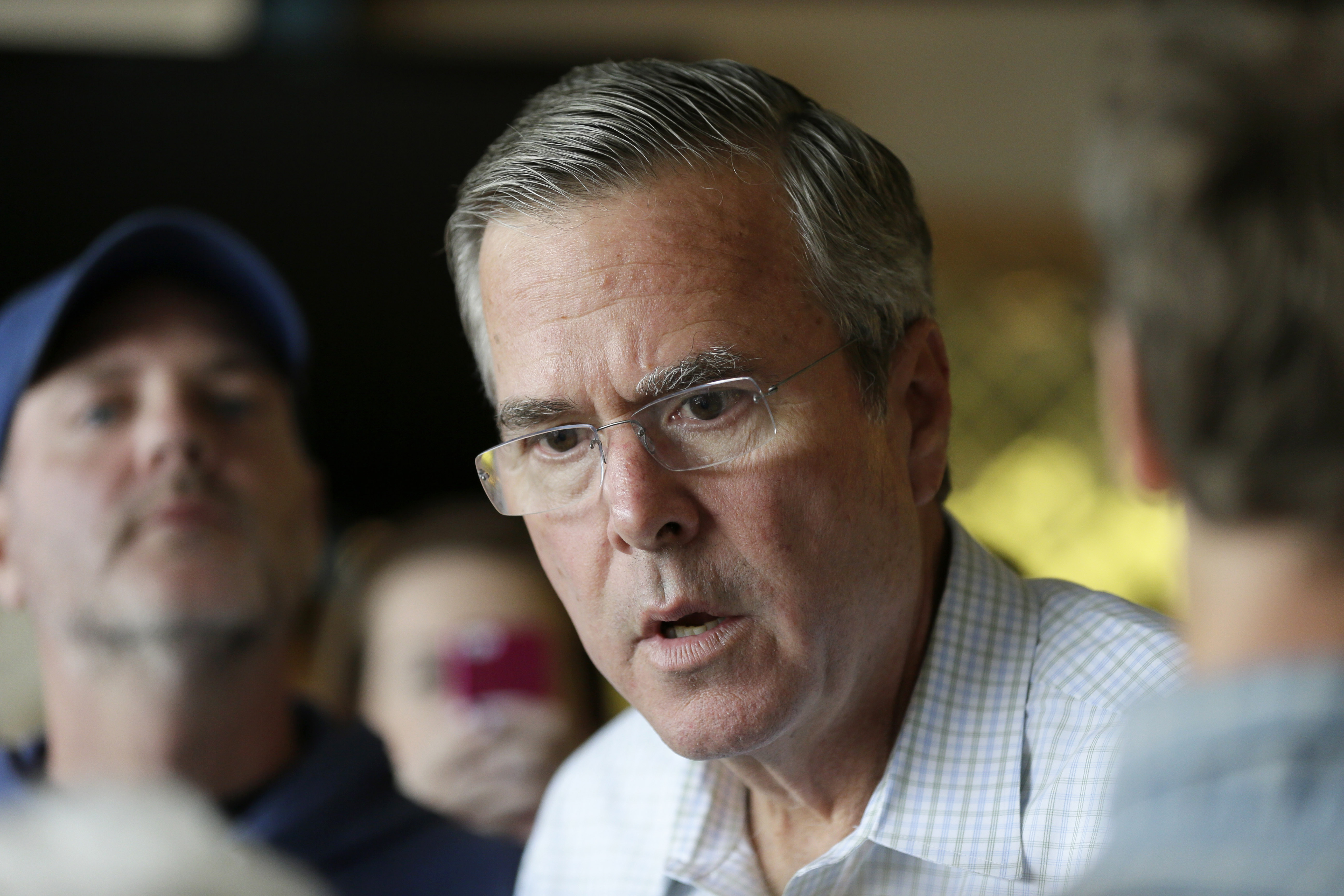 Republican Jeb Bush has released a plan to fix a "failed" system of federal rules and regulations that he argues are stifling U.S. economic growth and the creation of jobs.

This has to be an "all-in kind of endeavor," Bush explained to a group of 15 local farmers in Galdbrook, Iowa as he rolled out his plan. He's spending the day in Iowa, which holds its closely watched caucuses on Feb. 1.

Under his plan, the former Florida governor wants to end the "Washington-knows-best mentality" by "scaling back" existing regulations, making regulators more accountable to the American people and not special interests, and reducing government red tape, according to a policy paper released by the Bush campaign.

"Federal regulation is holding America back from its potential," the policy paper asserts. "America's regulatory system has failed, and its families, workers, consumers, and small businesses are paying the price: weaker growth, less opportunity, fewer full-time jobs, and lower wages."

Bush's federal regulatory reform plan is among several policy proposals he has rolled out in recent weeks. He has detailed plans to overhaul the country's immigration system and tax code, along with a foreign policy strategy to defeat Islamic State militants.

In his regulatory reform plan, Bush bashes President Obama's administration, saying it has imposed too many regulations that are costing the economy billions of dollars. He said banking rules under the "heavy-handed" 2010 Dodd-Frank law hurts small banks and helps big banks. And he claimed that the Endangered Species Act has "done little to protect the (northern spotted owl) and much to decimate" the Northwest's timber industry.

Dodd-Frank was a landmark law that tightened regulation of the financial services industry after the 2008 financial crisis. The northern spotted owl was listed as a threatened species in 1990 and became a symbol for Endangered Species Act protections that harm local economies.

If elected, Bush would impose a freeze on regulations, appoint a presidential task force to "drive his regulatory reform agenda" and insist that any costs associated with a new regulation be offset by the elimination of old regulations. Bush projected that wages would increase by 6 percent in 10 years if his plan goes into place.