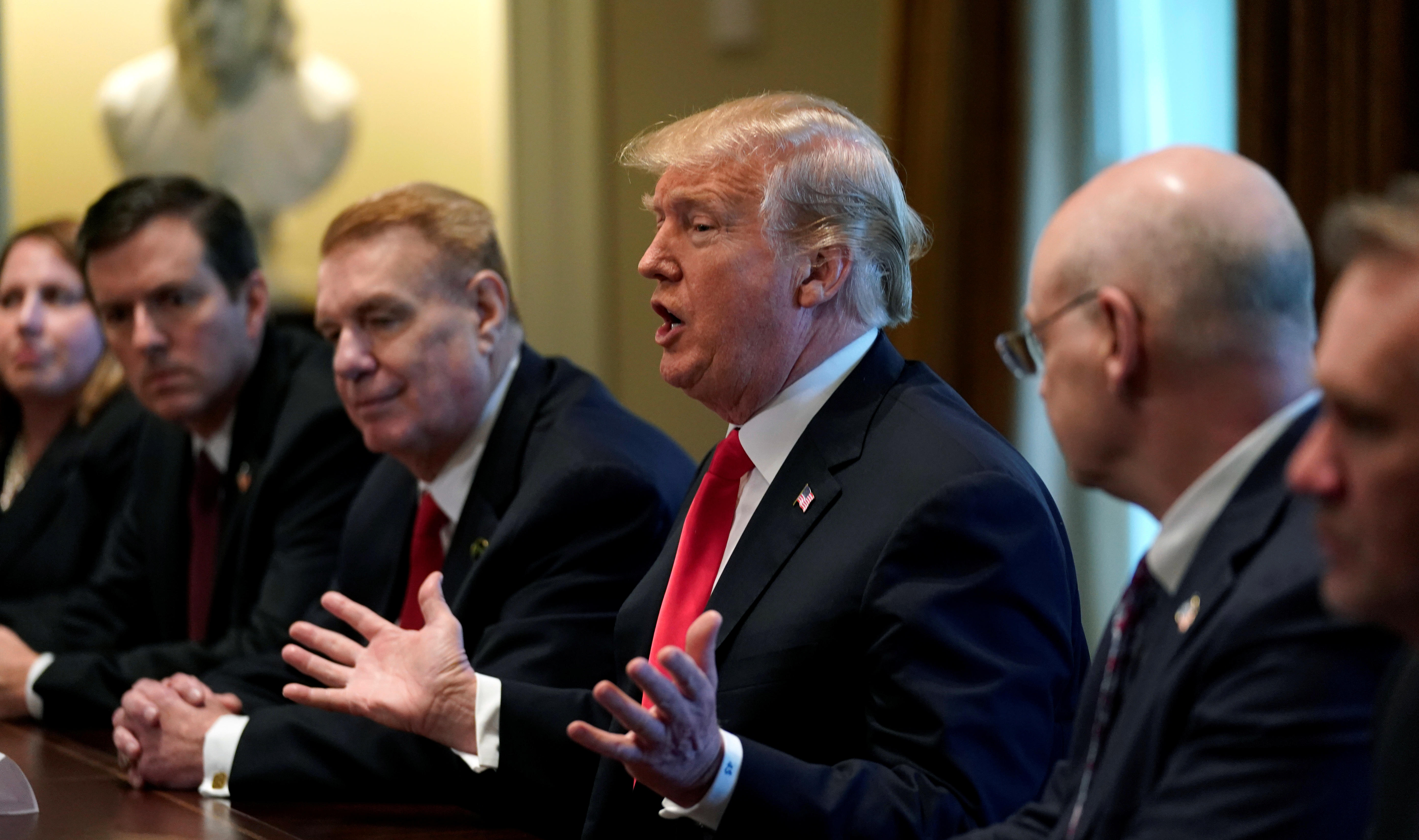 WASHINGTON -- On Wall Street, many investors headed for the exits Thursday. By the end of the trading day, the Dow lost more than 400 points. The market is worried about a possible trade war in the wake of President Trump's announcement that he is slapping new tariffs on imported aluminum and steel in what's billed as a move designed to protect American industry and jobs.

A group of industry CEOs gathered at the White House, however, celebrated the president's decision.

But the surprise announcement triggered a market selloff as concerns swirl about whether the tariffs will spike costs for U.S. manufacturers or even trigger a trade war with China.

"What they do is they dump massive amounts of product in our country and it just kills -- it destroys our companies and our jobs," Mr. Trump said.

Chinese officials were caught off guard. President Xi Jinping's top economic adviser was in Washington on Thursday for what were supposed to be trade negotiations.

The president said he was delivering on a campaign promise, but several top Republicans came out against the decision.

One of them was Sen. John Kennedy, R-Louisiana.

"Once you start imposing tariffs, you don't do it in a vacuum. Other countries respond," Kennedy said.

Sen. Ben Sasse, R-Nebraska, called the tariffs a "massive tax increase on American families. ... You'd expect a policy this bad from a leftist administration, not a supposedly Republican one."

"I don't know that the president will or should ever apologize for protecting American workers, and certainly not to Sen. Sasse," Sanders said.

It has been a difficult week for the president. His closest and longest-serving aide Hope Hicks announced her resignation Wednesday. His son-in-law and adviser Jared Kushner saw his security clearance downgraded and questions were raised about whether he is vulnerable to manipulation by foreign officials.

Speaking to employees he used to oversee at the Department of Homeland Security, chief of staff John Kelly seemed to acknowledge the White House turmoil.

"The last thing I wanted to do was walk away from one of the biggest honors of my life, but I did something wrong and God punished me, I guess," he said.

Kelly was brought in to make sense of the chaos at the White House, but is he still viewed as a stabilizing force?

Sources tell CBS News that some of the recent departures may be part of Kelly's effort to institute a chain of command. Family members like Ivanka and Jared -- who double as advisers -- do not easily fit within that structure. Officials who left the Trump administration this week, including Hicks, all happen to be close to the family.

While each may have their own personal motivations for choosing to exit at this time, some officials at the White House say the bottom line is that this is a win for Kelly's effort to instill order.