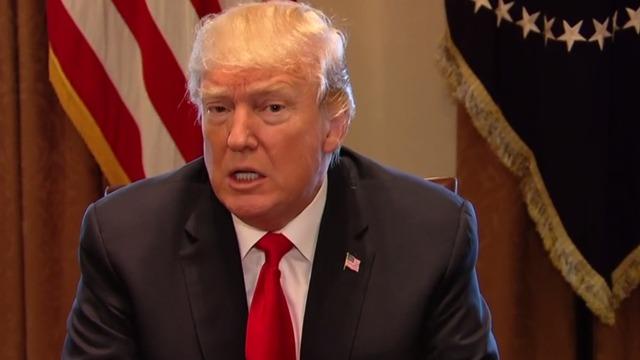 President Trump announced Thursday morning that his administration plans to impose new tariffs on steel and aluminum for an unspecified period of time, starting next week.

But the tariffs -- 10 percent on aluminum and 25 percent on steel -- are being strongly criticized Republican lawmakers, who are concerned that it could hurt the economy and cause prices to rise.

Sen. Orrin Hatch, R-Utah, who also serves as Finance Committee Chairman, said that whoever advised Mr. Trump on the decision "ought to be reprimanded" because the new tariffs are "not going to help America."

"I love the president. I think he's done a terrific job up to now. This could turn everything the other way," Hatch said.

"This is leftist economic policy. And we've tried it a bunch of times over the last two centuries," Sasse said. "And every time, american families have suffered. It is bad policy."

Sen. John Kennedy, R-Louisiana, said that he's unsure if he supports the president's decision on aluminum and steel tariffs, but acknowledged that the issue has significant national security implications.

"I just don't know yet. If it looks like I'm hedging, that's because I am. I really want to sit down and understand the administration's reasoning," Kennedy said. "On the other hand, when you impose these tariffs they're not just done in a vacuum. I mean other countries are going to respond. And you have to factor in the costs of that as well," he later added.

"The speaker is hoping the president will consider the unintended consequences of this idea and look at other approaches before moving forward," he said.

Sen. Rob Portman, R-Ohio, had a less impassioned response to the news.

"I think there's a way to do this with regard to specific products and specific countries," he said. "And I'm hopeful that will be the end result. I know the president made some comments today. But their waiting until next week to look at all the different exceptions they might make for national security purposes, so let's wait and see what they come up with."