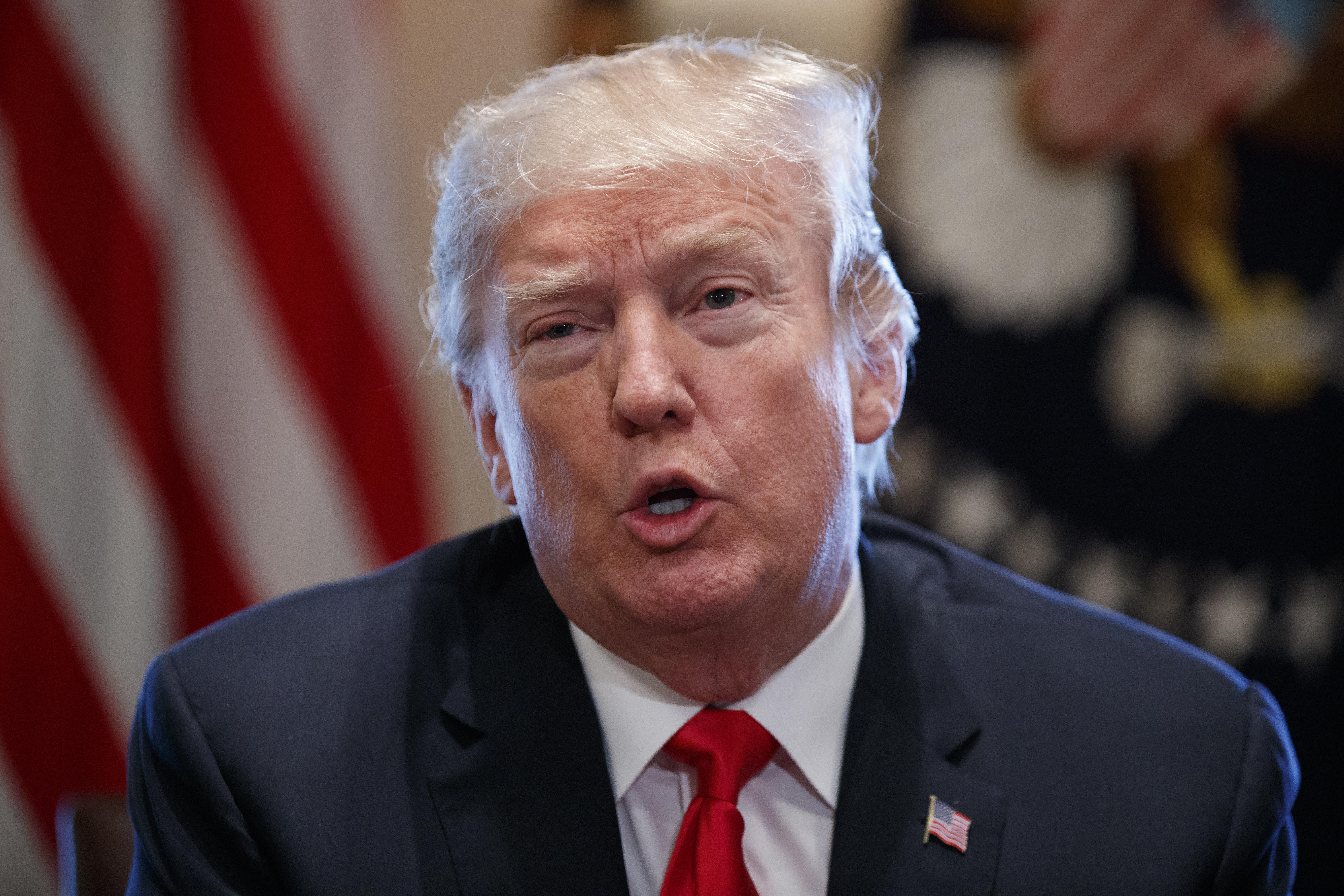 WASHINGTON -- President Trump announced Thursday that his administration would impose aluminum and steel tariffs beginning "sometime next week," according to Mr. Trump. The tariffs will be 10 percent for aluminum and 25 percent for steel, lasting for "a long period of time."

"We'll be signing it next week," Mr. Trump said. "And you'll have protection for a long time in a while. You'll have to regrow your industries, that's all I'm asking."

Stocks dipped by more than 500 points in the hours following the announcement, closing down 420 points to end the trading session.

Plans for Mr. Trump to make an announcement were thrown into doubt amid internal wrangling over the decision. Some White House officials, including chief of staff John Kelly, were not fully briefed on the Commerce Department's plans, according to a senior administration official familiar with the process. This official was not authorized to publicly discuss the internal deliberations and spoke on condition of anonymity.

The possibility of an announcement, on an issue overseen by Commerce Secretary Wilbur Ross and White House trade adviser Peter Navarro, caught some top White House officials off guard and left several aides scrambling for details.

"There won't be dumping on our country. What they do is they dump massive amounts of product in our country and it just kills -- it destroys our companies and our jobs," Mr. Trump said.

Key Senate offices also did not receive advanced warning that Trump was expected to announce a decision before April deadlines.

Trump was scheduled to meet with more than a dozen executives, including representatives from U.S. Steel Corp., Arcelor Mittal, Nucor, JW Aluminum and Century Aluminum.

"Without steel and aluminum our country is not the same," the president said in the meeting.

Trump tweeted Thursday that many U.S industries, including steel and aluminum "have been decimated by decades of unfair trade and bad policy with countries from around the world. We must not let our country, companies and workers be taken advantage of any longer. We want free, fair and SMART TRADE!"

The decision to impose tariffs is likely to escalate simmering tensions with China and other U.S. trading partners. Critics of such a move fear that other countries will retaliate or use national security as a pretext to impose trade penalties of their own. They also argue that sanctions on imports will drive up prices and hurt U.S. automakers and other companies that use steel or aluminum.

The Commerce Department recommended tariffs on all steel and aluminum imports, higher tariffs on imports from specific countries or a quota on imports.

Mr. Trump last year ordered an investigation into whether aluminum and steel imports posed a threat to national defense. Ross said last month that the imports "threaten to impair our national security," noting, for example, that only one U.S. company now produces a high-quality aluminum alloy needed for military aircraft.

Section 232 of the Trade Expansion Act of 1962 gives the president authority to restrict imports and impose unlimited tariffs if a Commerce Department investigation finds a national security threat.