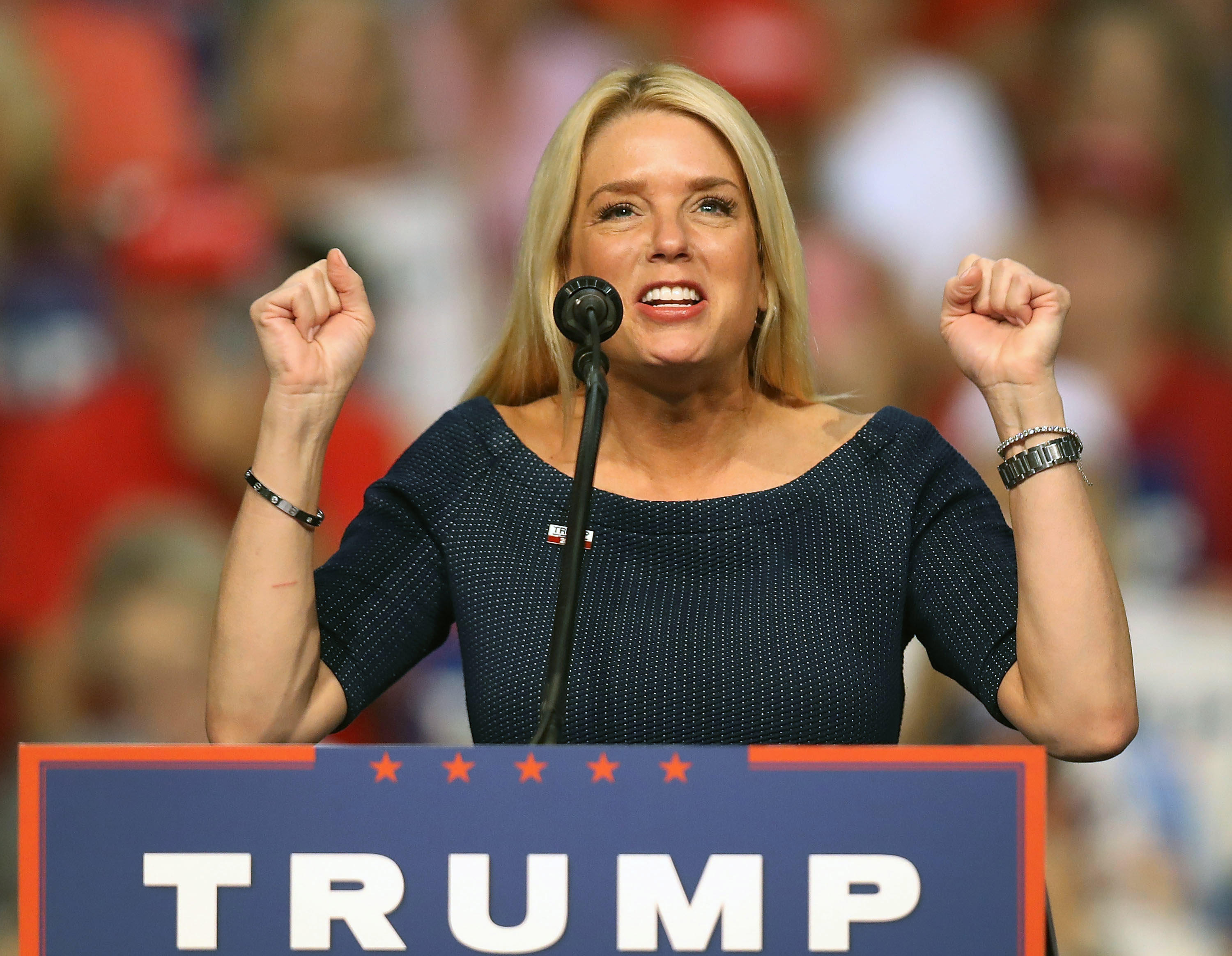 Charities are barred from engaging in political activities, and the Republican presidential nominee’s campaign has contended for weeks that the 2013 check from the Donald J. Trump Foundation was mistakenly issued following a series of clerical errors. Trump had intended to use personal funds to support Bondi’s re-election, his campaign said.

So, why didn’t Trump catch the purported goof himself when he signed the foundation check?

Trump lawyer Alan Garten offered new details about the transaction to The Associated Press on Thursday, after a copy of the Sept. 9, 2013, check was released by New York Attorney General Eric Schneiderman.

Garten said the billionaire businessman personally signs hundreds of checks a week, and that he simply didn’t catch the error.

“He traditionally signs a lot of checks,” said Garten, who serves as in-house counsel for various business interests at Trump Tower in New York City. “It’s a way for him to monitor and keep control over what’s going on in the company. It’s just his way. ... I’ve personally been in his office numerous times and seen a big stack of checks on his desk for him to sign.”

The 2013 donation to Bondi’s political group has garnered intense scrutiny because her office was at the time fielding media questions about whether she would follow the lead of Schneiderman, who had then filed a lawsuit against Trump University and Trump Institute. Scores of former students say they were scammed by Trump’s namesake get-rich-quick seminars in real estate.

Bondi, whom the AP reported in June personally solicited the $25,000 check from Trump, took no action. Both Bondi and Trump say their conversation had nothing to do with the Trump University litigation, though neither has answered questions about what they did discuss or provided the exact date the conversation occurred.

House Democrats called earlier this week for a federal criminal investigation into the donation, suggesting Trump was trying to bribe Bondi with the charity check. Schneiderman, a Democrat, said he was already investigating to determine whether Trump’s charity broke state laws.

Garten said the series of errors began after Trump instructed his staff to cut a $25,000 check to the political committee supporting Bondi, called And Justice for All.

Someone in Trump’s accounting department then consulted a master list of charitable organizations maintained by the IRS and saw a Utah charity by the same name that provides legal aid to the poor. According to Garten, that person, whom he declined to identify by name, then independently decided that the check should come from the Trump Foundation account rather than Trump’s personal funds.

The check was then printed and returned for Trump’s signature. After it was signed, Garten said, Trump’s office staff mailed the check to its intended recipient in Florida, rather than to the charity in Utah.

Emails released by Bondi’s office show her staff was first contacted at the end of August by a reporter for The Orlando Sentinel asking about the Trump University lawsuit in New York.

Compounding the confusion, the following year on its 2013 tax forms the Trump Foundation reported making a donation to a Kansas charity called Justice for All. Garten said that was another accounting error, rather than an attempt to obscure the improper donation to the political group.

In March, The Washington Post first revealed that that the donation to the pro-Bondi group had been misreported on the Trump Foundation’s 2013 tax forms. The following day, records show Trump signed an IRS form disclosing the error and paying a $2,500 fine​.

Bondi has endorsed Trump’s presidential bid and has campaigned with him this year.

She has said the timing of Trump’s donation was coincidental and that she wasn’t personally aware of the consumer complaints her office had received about Trump University and the Trump Institute, a separate Florida business that paid Trump a licensing fee and a cut of the profits to use his name and curriculum.

Neither company was still offering seminars by the time Bondi took office in 2011, though dissatisfied former customers were still seeking promised refunds.