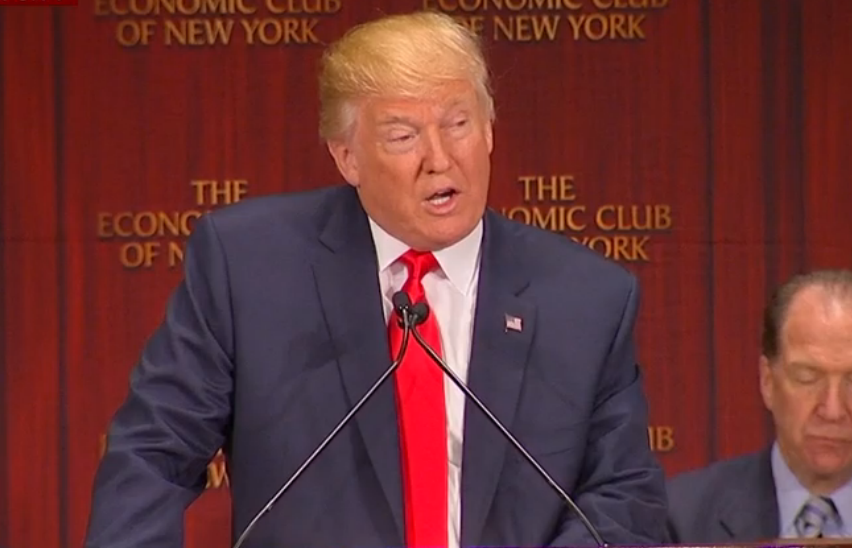 Donald Trump is well-known for insisting in 2011 that he did not believe President Obama was born in the United States, a position he’s downplayed during his 2016 presidential bid.

But now, the Republican nominee is back in the middle of the “birther” issue: Trump refused to tell the Washington Post in an interview Wednesday whether he believes Mr. Obama was born in Hawaii, then said through a spokesman later that night that he does believe Mr. Obama was born in the U.S.

“I’ll answer that question at the right time,” Trump told the Post. “I just don’t want to answer it yet.”

The business mogul has never actually repudiated his birther past, choosing instead to not discuss the issue at all rather than say he was wrong about it. And aides to Trump have worked to neutralize the issue for the general election: campaign manager Kellyanne Conway, for example, has said recently that Trump now believes Mr. Obama was born in the United States.

The candidate also told the Post that the reason he doesn’t talk about Mr. Obama’s birthplace is because he doesn’t want that to be the only thing people say about him.

“I don’t talk about it anymore,” he said. “The reason I don’t is because then everyone is going to be talking about it as opposed to jobs, the military, the vets, security.”

Democratic nominee Hillary Clinton jumped on the comments Thursday, saying it was a sign of his “ugliness” that he wouldn’t say Mr. Obama was born in the U.S.:

But Trump’s campaign fired back with a statement—from an aide, not himself—Thursday night, blaming Clinton for being the initial source of the “birther” movement and saying Trump does in fact believe Mr. Obama was born in the U.S.

“Hillary Clinton’s campaign first raised this issue to smear then-candidate Barack Obama in her very nasty, failed 2008 campaign for President,” senior communications adviser Jason Miller said. “...In 2011, Mr. Trump was finally able to bring this ugly incident to its conclusion by successfully compelling President Obama to release his birth certificate ... Having successfully obtained President Obama’s birth certificate when others could not, Mr. Trump believes that President Obama was born in the United States.