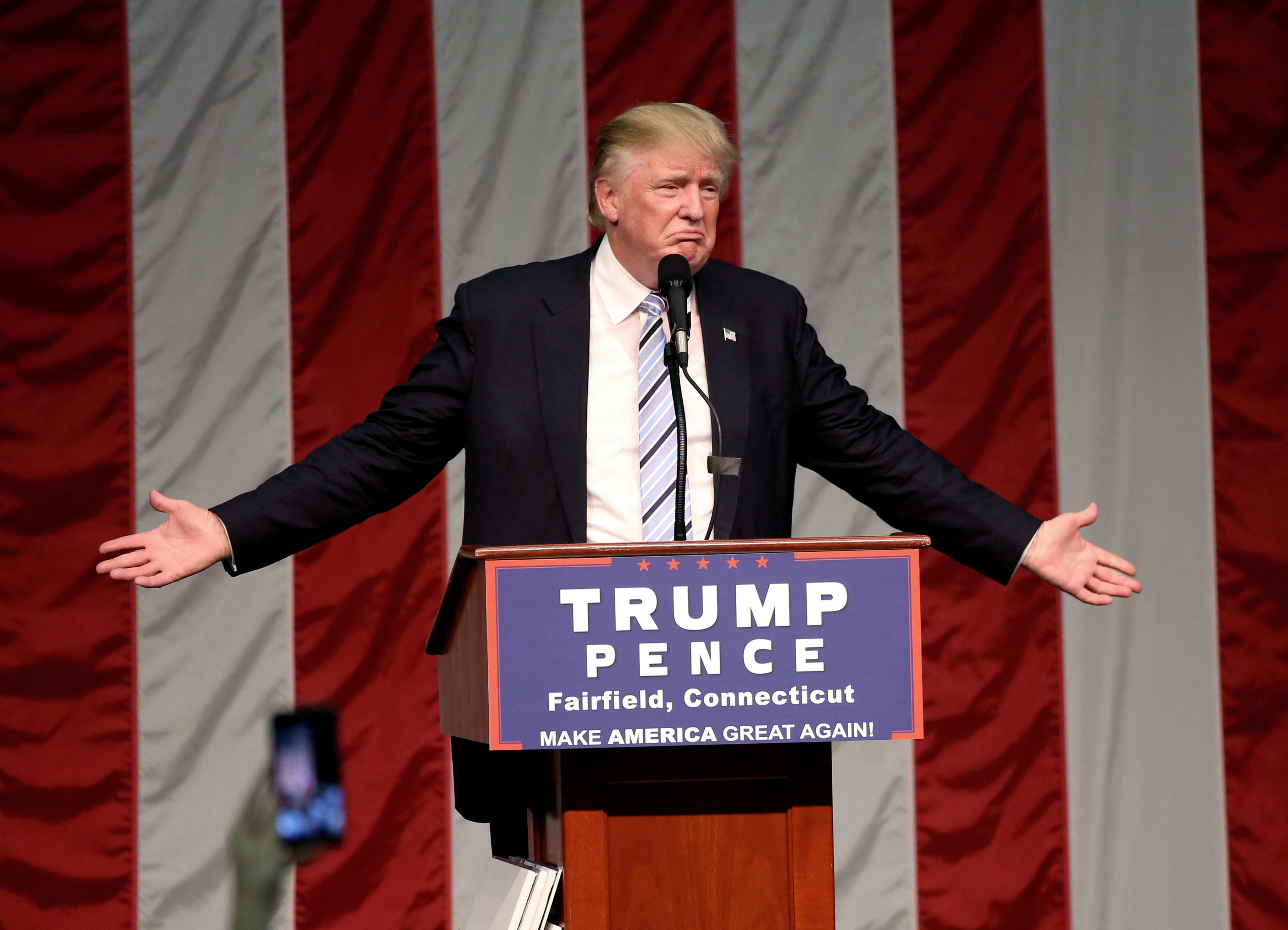 Donald Trump on Monday said he would impose an ideological "new screening test" for people who wish to immigrate to the U.S., which he described as a policy of "extreme vetting" needed to defeat radical Islamic terrorism.

"To defeat Islamic terrorism, we must also speak out forcefully against an ideology," Trump told his supporters in a speech on terrorism at Youngstown State University in the key swing state of Ohio. "We should only admit in this country those who share our values and respect our people."

Trump added, "The time is overdue to develop a new screening test."

In order to implement his proposed procedures, he said his administration would "temporarily suspend immigration" from some of the most dangerous countries in the world, including those "that have a history of exporting terrorism."

Trump characterized this plan in July as an expansion of his proposal last December to block all Muslims from entering the U.S.

While he described the screening test Monday as a form of "extreme, extreme vetting," Trump didn't offer any specifics about the types of questions that would be asked of prospective immigrants.

He also warned that any "guests in our country who are preaching hate will be asked to return home immediately and if they don't do it, we will return them home."

At the same time, Trump said his administration "will speak out against the oppression of women, gays and people of different beliefs" and that it would be a "friend to all moderate Muslim reformers in the Middle East and will amplify their voices."

To prevent the spread of radical Islamic terrorism, Trump suggested he would not push for regime change as president, and he would disrupt terrorists' activities online to recruit and promote their propaganda and he would work coordinate with other countries interested in destroying the Islamic State in Iraq and Syria (ISIS). All of these proposals are already policies that the Obama administration has been pursuing.

"If I become president, the era of nation-building will be brought to a very swift and decisive end," Trump said, adding that he would call for an international conference focused on collaborating with U.S. allies who share the goal of ISIS's demise.

Even though his campaign billed the speech as one in which he would offer more specifics in his plan to destroy ISIS, Trump repeated his previous stance that he doesn't want to tip off his enemies regarding military operations.

"My administration will not telegraph exactly military plans and what they are," Trump said Monday.

Trump spent the first half of his speech blasting both President Obama and Democratic presidential nominee Hillary Clinton for creating the vacuum that led to the rise of ISIS.

"The rise of ISIS is the direct result of policy decisions made by President Obama and Secretary of State Clinton," he said.

He argued that it gained power as a result of the failure to establish a new status of forces agreement in Iraq and the U.S. troop withdrawal as well as pushing or supporting regime change in Libya, Syria and Egypt.

It was a change from his claim last week that Mr. Obama and Clinton are the founders of ISIS, which he then revised by saying in a tweet that it was just "sarcasm." Then, he modified that tweeted statement to "I'm being sarcastic, then - but not that sarcastic, to be honest with you," when he addressed a rally in Erie, Pennsylvania Friday.

Trump said Monday that Clinton's tenure as secretary of state proves "she lacks the judgment...stability, temperament and the moral character to lead our nation." He also added that Clinton "lacks the mental and physical stamina to take on ISIS and many of the adversaries we face."

Besides introducing the Muslim ban after the San Bernardino attack in December, Trump has so far not been forthcoming about his plan to take on ISIS and other terror groups, arguing that he doesn't want to tip off his enemies.

During the primary season, Trump promised "quickly and decisively bomb the hell out of ISIS" and in March, he suggested that he would be willing to support a massive ground force to take on the terror group.