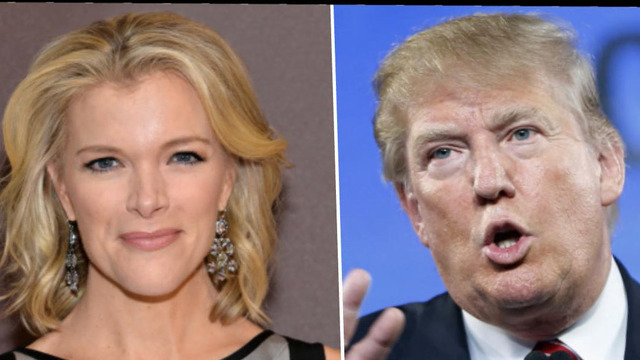 The pair met Wednesday at Trump Tower in New York, Fox News confirmed in a statement, noting that the "results" of their meeting will air on Fox Wednesday night. It wasn't immediately clear how the meeting went or what was discussed.

"FOX News Chairman & CEO Roger Ailes has spoken to Donald Trump a few times over the past three months about appearing on a FOX Broadcasting special with Megyn Kelly airing on May 23," the statement reads. "Kelly requested a meeting with Mr. Trump, which took place at Trump Tower this morning."

"Kelly has acknowledged in recent interviews that Trump is a fascinating person to cover and has electrified the Republican base," Fox's statement continues.

Trump and Kelly have had a contentious relationship since last August, when Kelly moderated the first Republican debate. Kelly asked him about his treatment of women and past comments about women, which Trump said was unfair. He then attacked her, saying she had "blood coming out of her eyes, blood coming out of her wherever." (He later clarified that he meant her nose.)

The feud intensified this year when Trump refused to attend a Fox News debate Kelly was slated to moderate; though he later participated in a March debate in Michigan that she moderated, he repeatedly took to social media to criticize her as "sick" and "crazy."

Fox News released a statement defending her at the time, saying his "extreme, sick obsession with her is beneath the dignity of a presidential candidate who wants to occupy the highest office in the land."