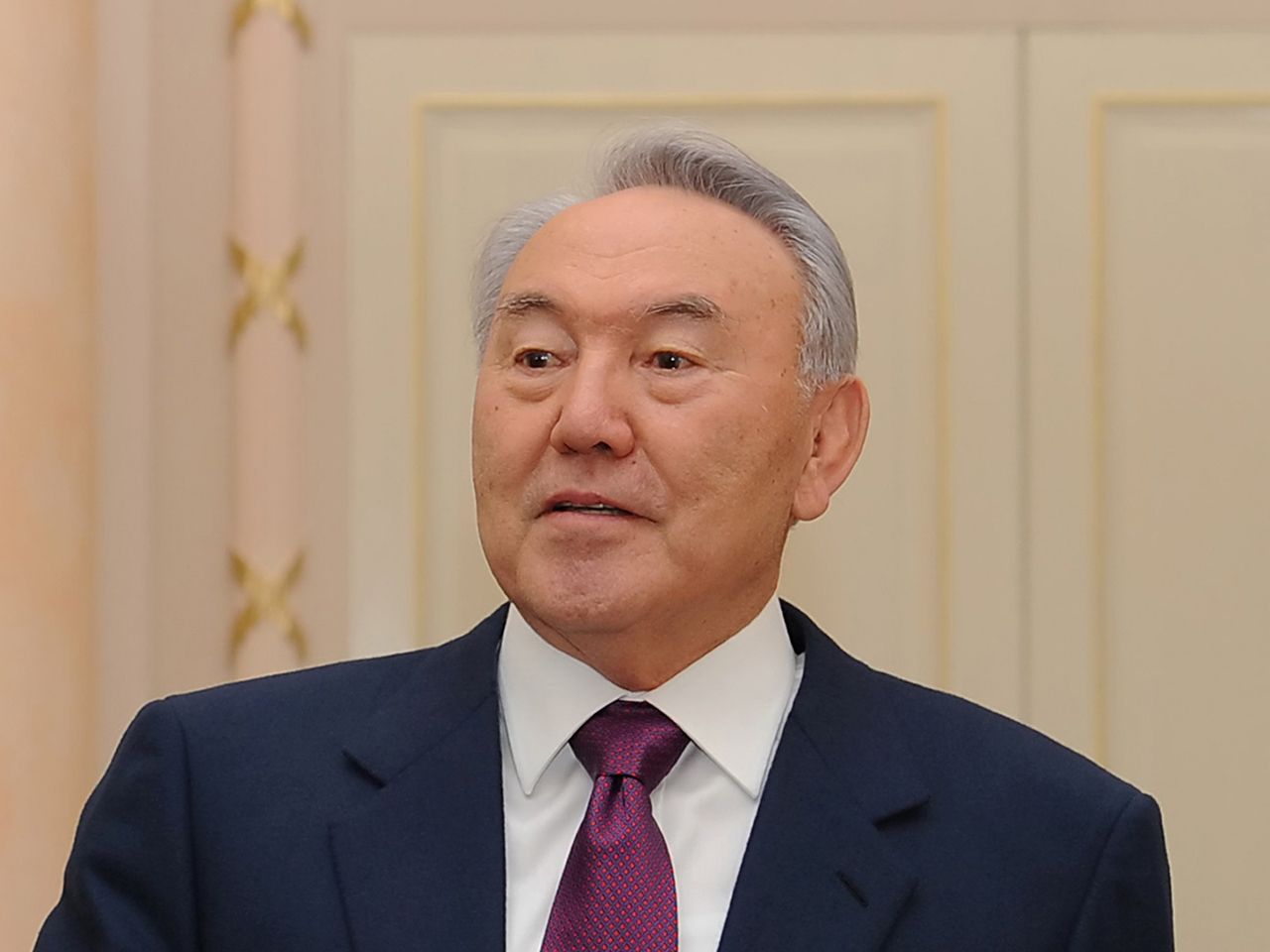 President-elect Donald Trump spoke over the phone with Kazakhstan’s President Nursultan Nazarbayev earlier this week, praising the dictator for the country’s “miracle” during his reign, according to a Kazakh readout of the call.

During the phone conversation Wednesday, Mr. Trump congratulated Nazarbayev on the country’s 25th anniversary of independence, with the Kazakh president offering his own commendations to the businessman-turned-politician on his “historic presidential win.”

“D.Trump stressed that under the leadership of Nursultan Nazarbayev our country over the years of Independence had achieved fantastic success that can be called a ‘miracle,’” the readout, posted to the Kazakhstan government’s press website, said.

The president-elect’s laudatory language, however, may raise some eyebrows among diplomatic circles.

Nazarbayev, who was first elected president of the Kazakh Soviet Socialist Republic in 1990, has continued his despotic reign over the country for more than 25 years. In the nearly 30 years since Nazarbayev rose to power, Kazakhstan has come under scrutiny for the ruling government’s undemocratic practices and human rights abuses. A U.S. State Department report from 2015 detailed a list of “significant human rights problems” in Kazakhstan. Among them: limits on the right to vote in free and fair elections, along with “restrictions on freedoms of expression, press, assembly, religion, and association.”

Mr. Trump and Nazarbayev also discussed the “importance of strengthening regional partnerships” and shared viewpoints on issues of “stability and security promotion” in the region.

The phone call included an exchange on nuclear non-proliferation: “The Head of State noted that Kazakhstan voluntarily renouncing its nuclear arsenal is ready to continue the struggle for a nuclear-free world together with the international community.”

Notably, Mr. Trump, who said on the campaign trail that he would potentially like to see more countries armed with nuclear weapons, gave this response to Nazarbayev, according to the readout: “D.Trump extended complete solidarity with that stand. There is no more important issue than the nuclear disarmament and non-proliferation to be addressed in a global context, the US president-elect said.”

In the past, President Obama has also praised Nazarbayev for the country’s non-proliferation agreement. In 2012, the two met in South Korea, and Mr. Obama remarked to the press that he wanted to “congratulate [Nazarbayev] on his leadership” regarding Kazakhstan’s decision to give up nuclear weapons.

In Mr. Trump’s call, the two leaders maintained that they were determined to take  “friendly Kazakhstan-American relations to a new level.” According to the readout, President-elect Trump also assured Nazarbayev that he was “optimistic” about future relations between Washington and Moscow, given his latest telephone conversation with Russian leader Vladimir Putin.

The president-elect’s transition team gave their own statement regarding the call, saying Mr. Trump “congratulated” Nazarbayev on the country’s anniversary and addressed the strengthening of regional partnerships. It did not include further details of the call.