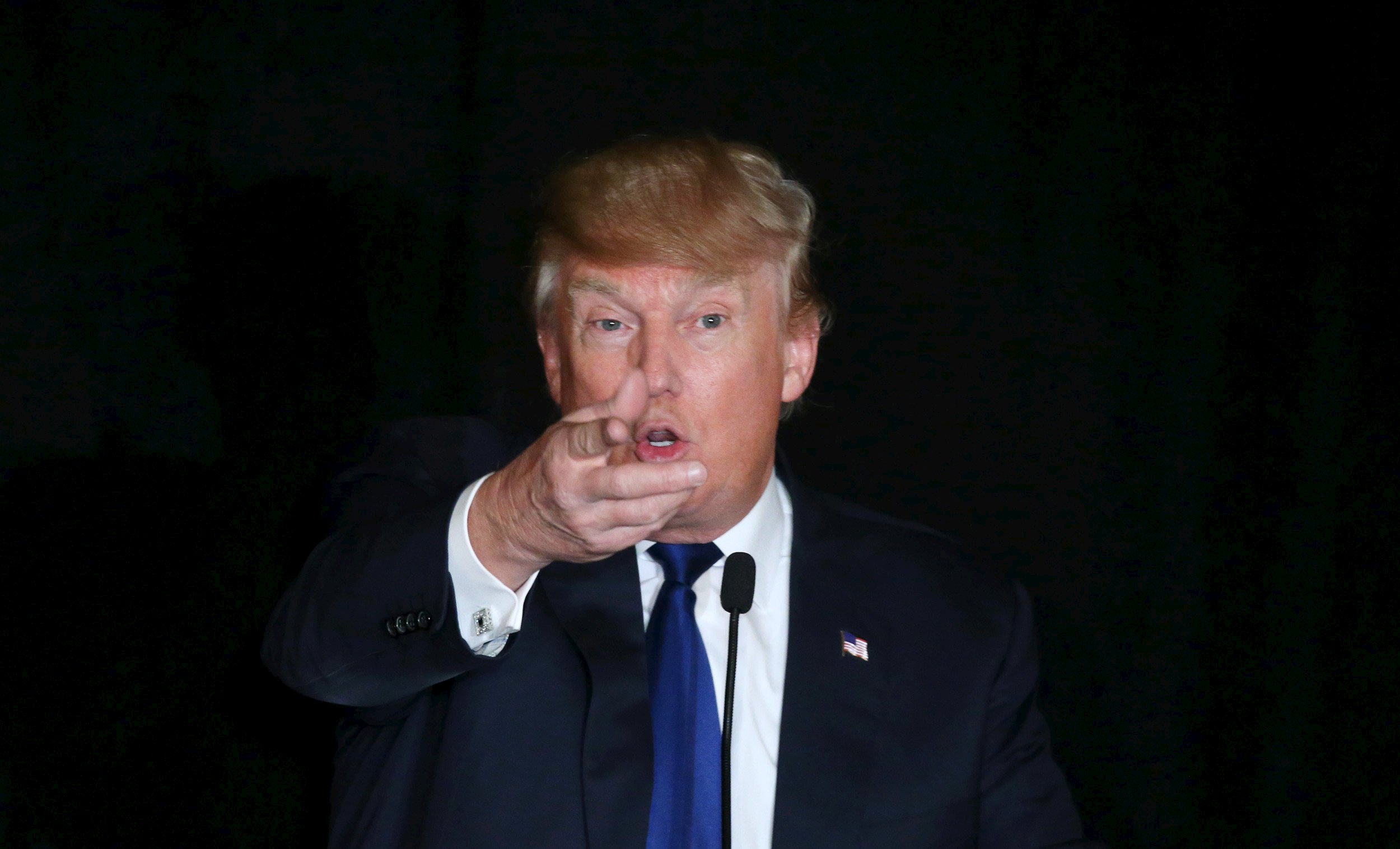 Donald Trump announced Tuesday he's ready to spend on ads for his campaign.

"I'll be spending a minimum of $2 million dollars a week -- and perhaps substantially more than that," he said, speaking to reporters before he left Omaha for a rally in Council Bluffs, Iowa. "I'm going to be doing big ads in Iowa, New Hampshire, South Carolina, and they're going to be very substantial. And I think they're very well done."

Trump said he's already seen the first two or three, and added, "We're very proud of them." The ads, he said, would cover the border, trade, ISIS and security for the country, among other topics.

Asked why he was spending now, Trump replied that he doesn't really think he needs to start spending, and he's "proud" of the fact that he's spent little so far. "But now I'm going to spend anyway," he said. "And honestly, I don't want to take any chances."

He also weighed in on the outlays of Jeb Bush and his supporters, which, at $40 million, exceeds that of any campaign so far. Trump dismissed Bush, saying, "He hasn't spent $40 million. He's wasted $40 million. There's a big difference."

The question that has been raised over the past few days is whether Trump is capable of converting his large rally crowds into voters who will caucus for him -- a question he asked himself -- then answered. "We get by far the biggest crowds. Now, the question is will they show for caucus? I think the answer is yes," he said, citing the fact that he has two well-established Iowa operatives running his operation there, Sam Clovis and Chuck Laudner. Laudner is credited with helping Rick Santorum win the caucuses in 2012. "But we're going to see what happens on February 1st," said Trump.

Trump also indicated his own "personal indiscretions" would be fair game in the campaign, after his tweets and comments on what he called Bill Clinton's "penchant for sexism."

This was the first time that Trump allowed a press availability with multiple reporters on his plane. He greeted everyone, cautioned everyone to be careful not to hit the wood with their gear and took his place -- standing in front of a flat screen TV.

His unfiltered descriptions of people went on -- calling Bill Kristol a "loser," for instance. Trump promised his tone would change if he were president, although "loser" will continue to be part of his vernacular if he's president.

At his rally in Council Bluffs, Trump said of Hillary Clinton that while he supports seeing a woman elected president someday, it "shouldn't be Hillary." He also insisted that he can be more politically correct than any politician in Washington because he is smarter.

Trump didn't mention Marco Rubio or Ted Cruz by name, but he repeated a line that he used in Des Moines a few weeks ago: "Not too many evangelicals come out of Cuba....Just remember that," Trump said. He also promised Iowans that whether they like it or not, he would be back.