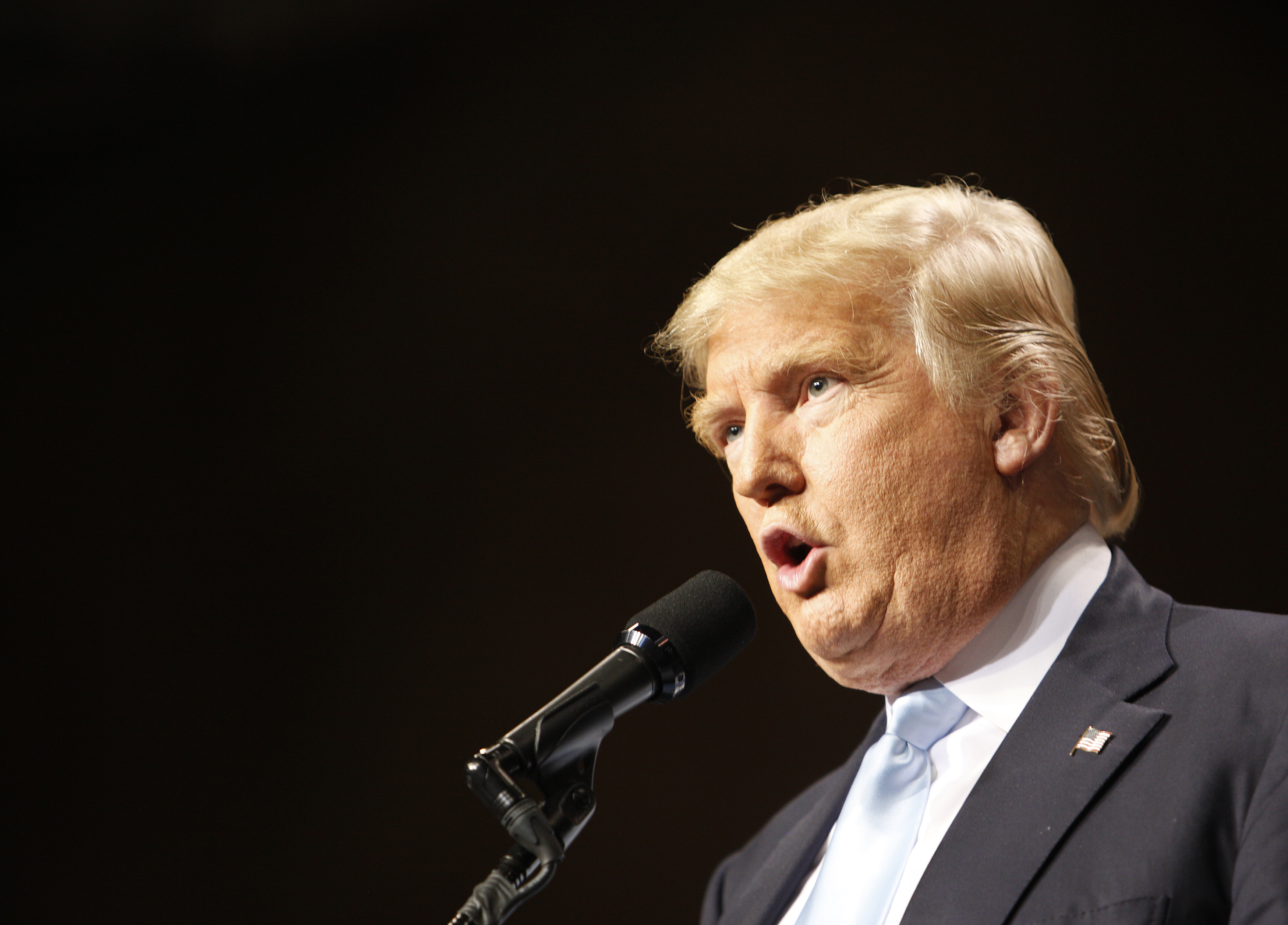 He was asked in an interview by CNN's Anderson Cooper whether he believed Islam was at war with western nations.

Pressed on whether he meant "Islam itself," Trump responded: "You're going to have to figure that out, OK?"

While on the campaign trail, Trump has repeatedly called for Muslims to be temporarily barred from entering the United States. He has since denied that he is "playing on fears" of Muslims during the Republican primary, telling CBS' "Face the Nation" in December that he was instead "playing on common sense."

"There is a tremendous hatred," Trump told Cooper. "And we have to be very vigilant. We have to be very careful. And we can't allow people coming into this country who have this hatred of the United States."

Trump went on to mention the shooting attack in San Bernardino, saying that the perpetrators had "killed 14 people that gave them baby showers." And of the terrorist attacks in Paris last year, Trump said, many people were "mortally wounded, horribly wounded... And they walk into a room and boom, boom, boom."

"There's a sickness going on that's unbelievable," he said.

On Thursday afternoon, Muslim leaders called on Trump to apologize for his "Islam hates us" statement, saying they were "outraged." Oussama Jammal, head of the U.S. Council of Muslim Organizations, said Trump "continues to offend not only Muslims, but the majority of the American people" with his divisive rhetoric.

Trump has been criticized by members of his own party over his stance on Muslims in America, including from House Speaker Paul Ryan and former 2012 GOP presidential nominee Mitt Romney.

But less than a week before Florida's primary contests, at least one prominent Republican is declining to distance himself from the front-runner's comments.