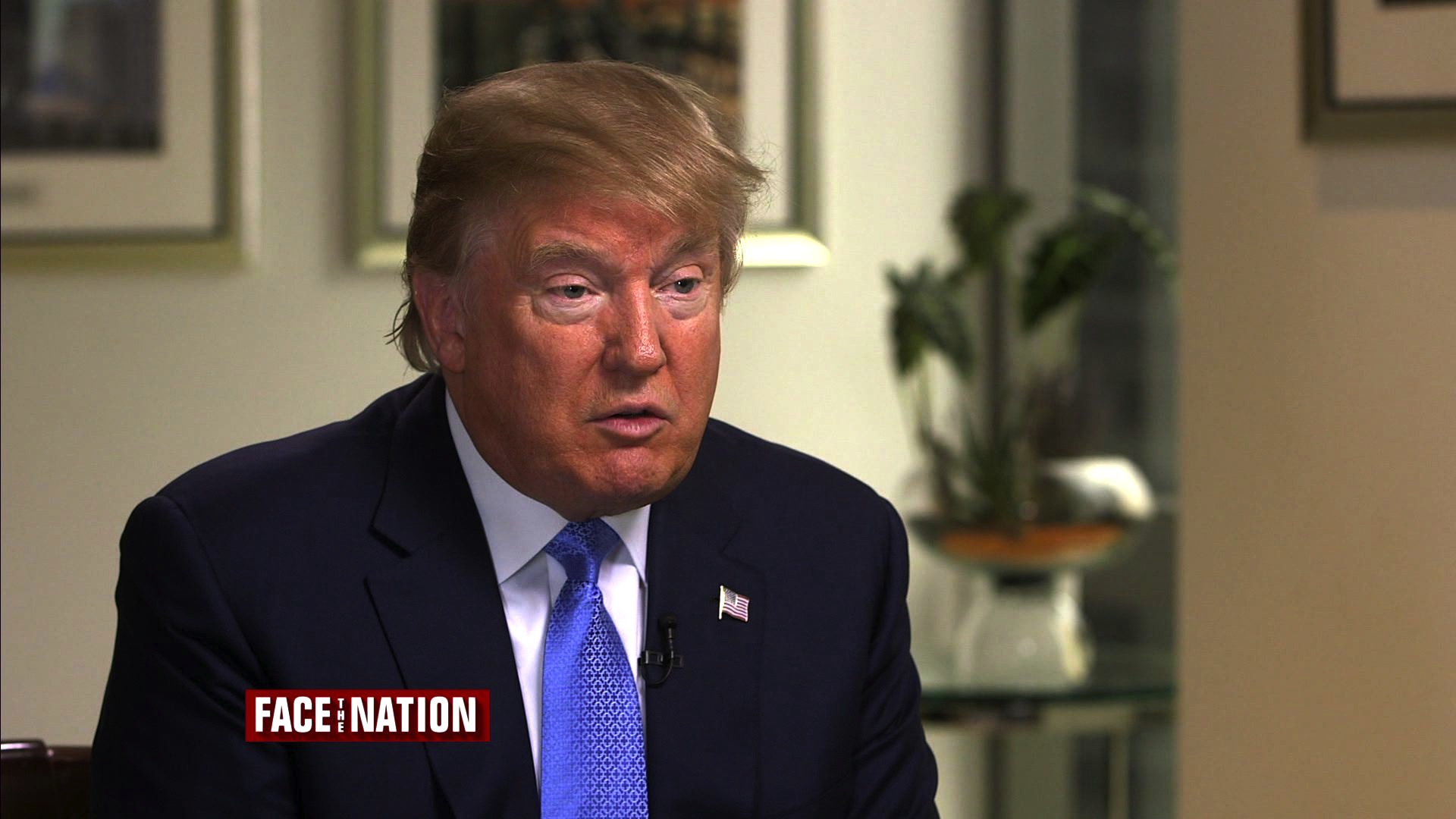 Republican presidential candidate Donald Trump is one of the more than 12 million Americans who has a concealed weapons permit, of which he said: "I feel much better being armed."

He told "Face the Nation" host John Dickerson he got the permit "years ago" because "I like to have myself protected." He said only "sometimes" carries a gun.

Trump called himself "a big Second Amendment person" and argued that if someone had been carrying a gun during the shooting at Umpqua Community College in Roseburg, Oregon earlier this month, " the result would've been better."

Trump would not outright say whether he thinks everyone should get a permit.

"That's up to them. But I will tell you, I feel much better being armed," he responded.

The 2016 GOP front-runner also weighed in on whether teachers should carry guns - his fellow presidential candidate Ben Carson said kindergarten teachers who are properly trained should - saying: "Assuming they knew how to use the weapon, which hopefully they would, you would've been a lot better when this maniac walked into class, starting to shoot people."

Trump also talked about weapons in the context of how he would use American military power as president.

"I am the most military-based and the most militaristic person on your show. I want to have a much stronger military. I want it to be so strong that nobody's going to mess with us," Trump said when asked whether he would only use military force if attacked.

Dickerson followed up by asking whether he would have used military force when Syrian President Bashar al-Assad used chemical weapons against his own people.

"The time to have done it would have been when he drew the line in the sand," he said. "I might have gone in."

Like a growing number of politicians on both sides of the aisle, Trump said he supports the idea of a no-fly zone inside Syria.

He said the U.S. should give economic aid, but not accept tens of thousands of Syrians because he argued they are mostly strong men who might join the Islamic State of Iraq and Syria (ISIS). Pressed on that position, he conceded that he might let in a few thousand women and children.

Asked about his relationship with Russian President Vladimir Putin, he said, "I would probably get along with him very well. And I don't think you'd be having the kind of problems that you're having right now."