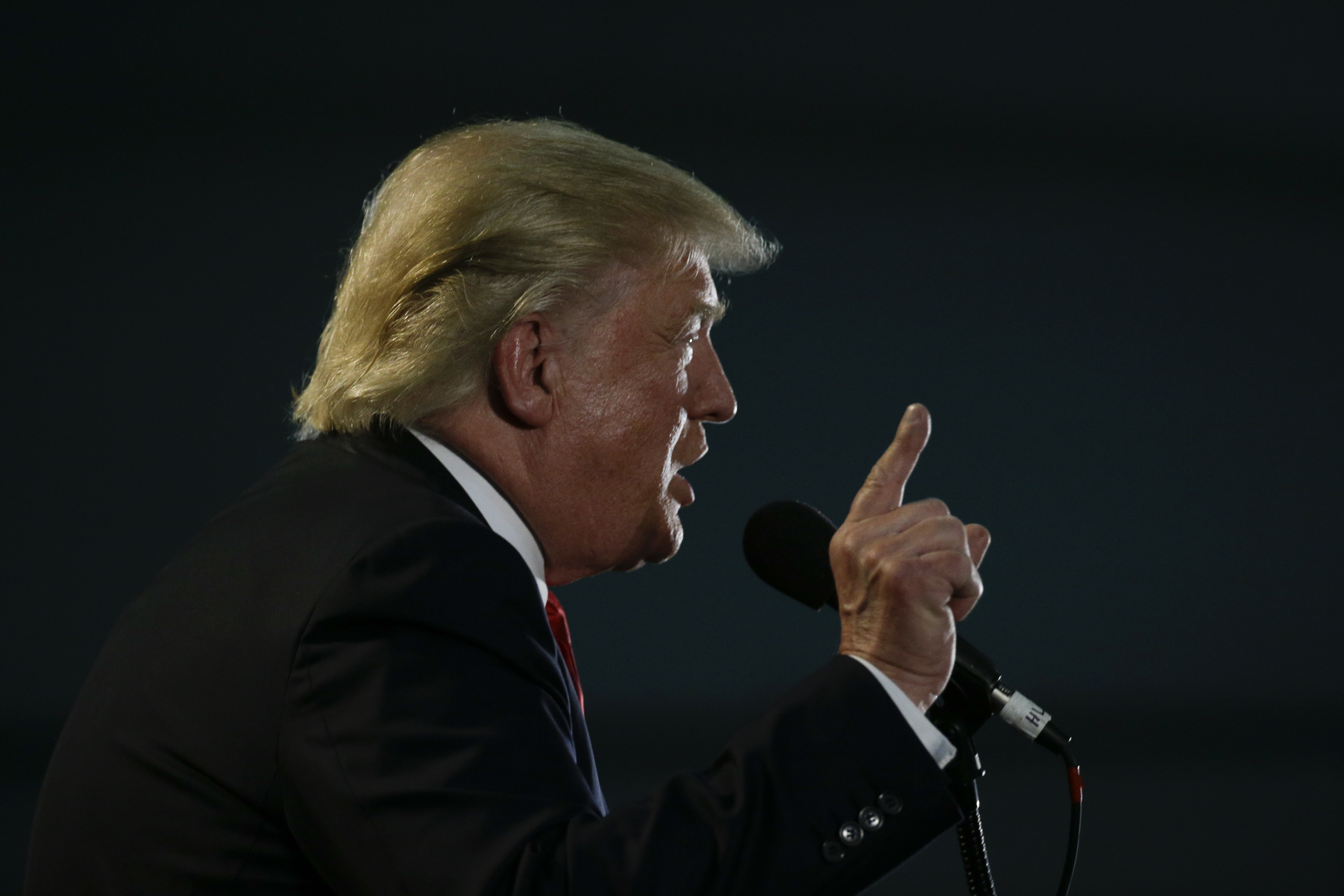 Sunday morning's shooting at a gay nightclub in Orlando is now the deadliest mass shooting in U.S. history, killing 50 people and injuring another 53.

Donald Trump's response to the tragedy was initially to express sorrow at the incident, but he later attacked Hillary Clinton over her first general election ad, congratulated himself for warning the American public about Islamic extremism, and had an aide go on television and describe Mitt Romney as a "coward."

On Twitter, Trump initially posted a brief message about the "really bad shooting" that left "many people dead and wounded" at around 8 a.m. Sunday. About 90 minutes later, he followed it up with this tweet responding to Clinton's new ad:

Trump tweeted again shortly before noon, saying he was "praying for all the victims & their families." But his next tweet, an hour later, was to point out that he's receiving "congrats" for being right about Islamic extremism:

He reiterated that statement in a Facebook post, noting that he "greatly appreciates" the congratulations he's received.

And later Sunday afternoon, Trump took to Twitter again to call on President Obama to resign if he does not use the phrase "radical Islamic terrorism" and noted the arrest made at the Los Angeles gay pride parade:

Also on Sunday morning, as officials in Florida were announcing the high death toll in the Pulse nightclub attack, Trump aide Paul Manafort went on ABC's "This Week" and called 2012 GOP nominee Mitt Romney a "coward" for staying out of the 2016 race.

"You know, Romney wanted to run, chose not to. He's now attacking this past weekend all the other Republicans who ran for president as well as saying they should have done a better job," he said. "Well, if he feels that way, he should have run. He was a coward."

"Coward?" moderator George Stephanopoulos asked in response. "He didn't want to get into the race," Manafort replied.

Trump's tweet about "congrats" quickly drew outrage from across the internet, with prominent Republicans and other public figures criticizing his response: