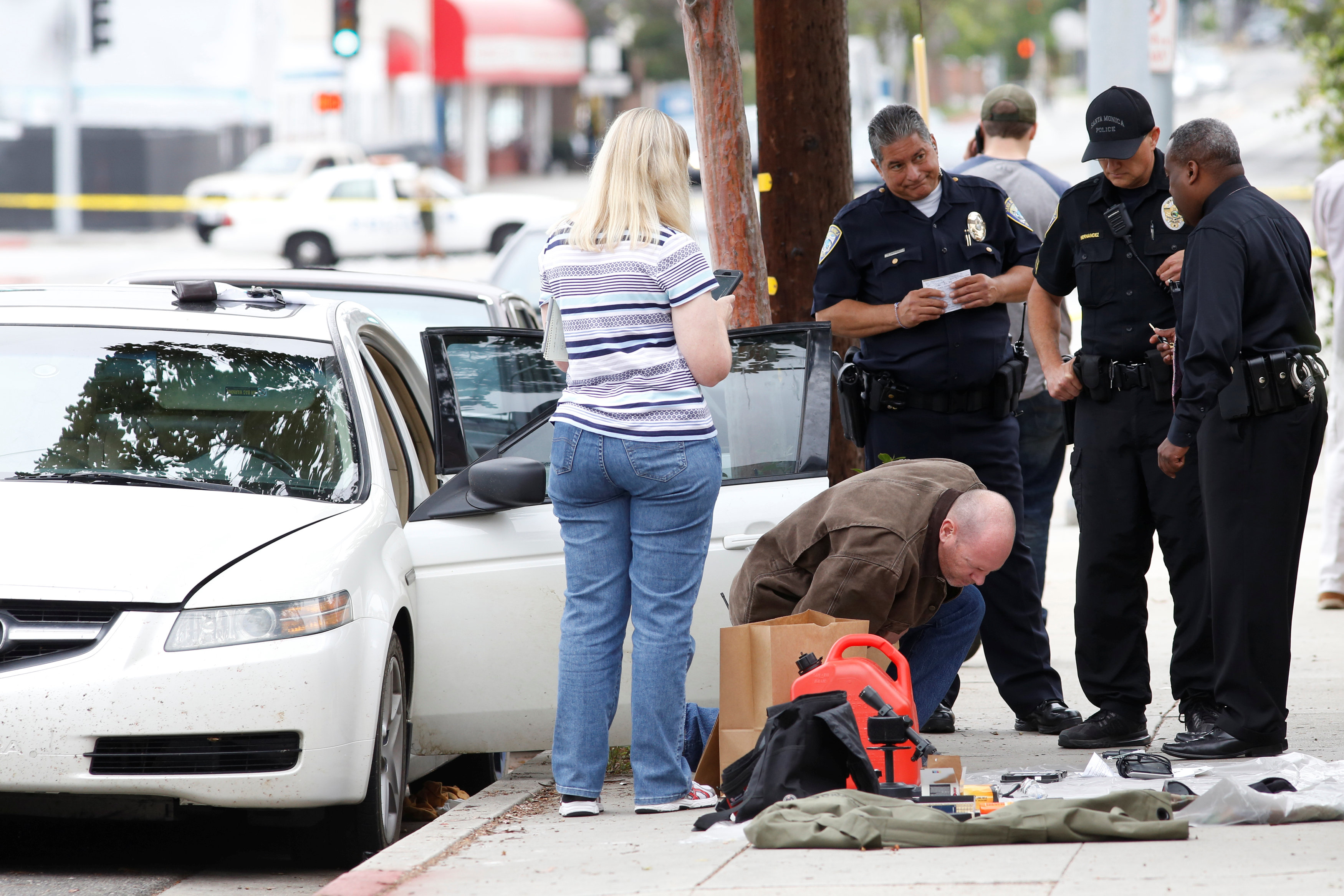 SANTA MONICA, Calif. -- A heavily armed Indiana man arrested Sunday on his way to a Southern California gay pride parade told police he wanted to do harm to the event, authorities said.

James Wesley Howell, 20, of Indiana was arrested about 5 a.m. after neighbors reported suspicious behavior on the street where he was parked the wrong way in a white sedan, Santa Monica police said in a statement, according to CBS Los Angeles.

Santa Monica police Chief Jacqueline Seabrooks had initially tweeted that Howell told officers he wanted to do harm at the gay pride event, but she later said that tweet was inaccurate, and that Howell only said he was going to the event in West Hollywood that was taking place about seven miles away later Sunday.

His arrest came as the mass shooting that killed 50 people at a gay nightclub in Orlando, Florida, was still unfolding. Police said they have not found evidence of a connection between the California arrest and the killings.

Police would answer no further questions on Howell or his motives, deferring to the FBI, which has taken over the investigation.

The parade continued as planned, albeit with dramatically increased security, CBS Los Angeles reported. Hundreds of thousands of people attend the annual event.

"Forty-six years ago, members of the LGBTQ community came out in cities across the country in response to the Stonewall Riots," according to a statement from the board of directors of Christopher Street West, which sponsors the event. "Today, we are heartbroken that so many of our brothers, sisters and allies were lost in this tragic attack. As we remember them today at our moment of silence, we must continue to show our pride, not just today but every day.

"Our brave founders made this happen to show the world who we are. We will be loud. We will be proud and we will celebrate in honor of all those lost. Today's parade and festival will continue on as originally scheduled. We will also be holding a rally on our main stage this afternoon."

LA Pride is one of the nation's biggest public festivals celebrating gay, lesbian and other alternate lifestyles, honoring the LGBTQ community's past struggles while celebrating its future generation of leaders, according to CBS Los Angeles.

At the scene, police searched a white four-door Acura sedan parked facing the wrong direction on a busy thoroughfare in a mostly residential area of the seaside city west of Los Angeles. There was a red plastic gas can near the car and items laid out on a white sheet next to it.

Heriberto Gomez, a lifelong resident who says he watches over the neighborhood, stepped outside at 3 a.m. Sunday and saw the white Acura sedan in the street.

Gomez said the man ran across the street and hid in bushes and overhanging trees. It appeared the man was looking back at him.

"I was looking at him for a minute, for a long minute," Gomez said. "He didn't want to come my way because he seen me standing right here."