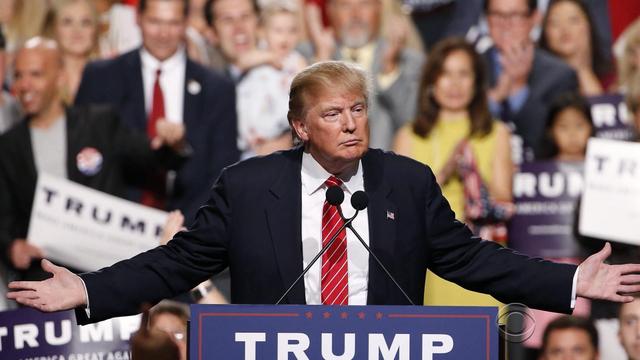 The Federal Election Commission has released Donald Trump's personal financial disclosure, the mandatory form for presidential candidates that details their assets and liabilities.

Trump has said that he is worth $10 billion. An Associated Press analysis of the disclosure estimates his assets to be worth at least $1.4 billion.

The value of assets and liabilities are given in ranges, rather than exact numbers, making it impossible to say exactly how much the businessman and reality television star is worth.

Trump also lists 515 positions held outside the U.S. government, including roles at limited liability companies and trusts where he is listed as president, CEO, director or trustee.

He lists 168 sources of income that include the properties he owns, royalties from his books, his Screen Actors Guild pension ($110,228), the Miss Universe pageant ($3.4 million) and Trump Productions ($4 million). The forms also include estimated values for each of his holdings.

He has previously said that the federal financial reporting system for candidates is not designed for such a "massive wealth."