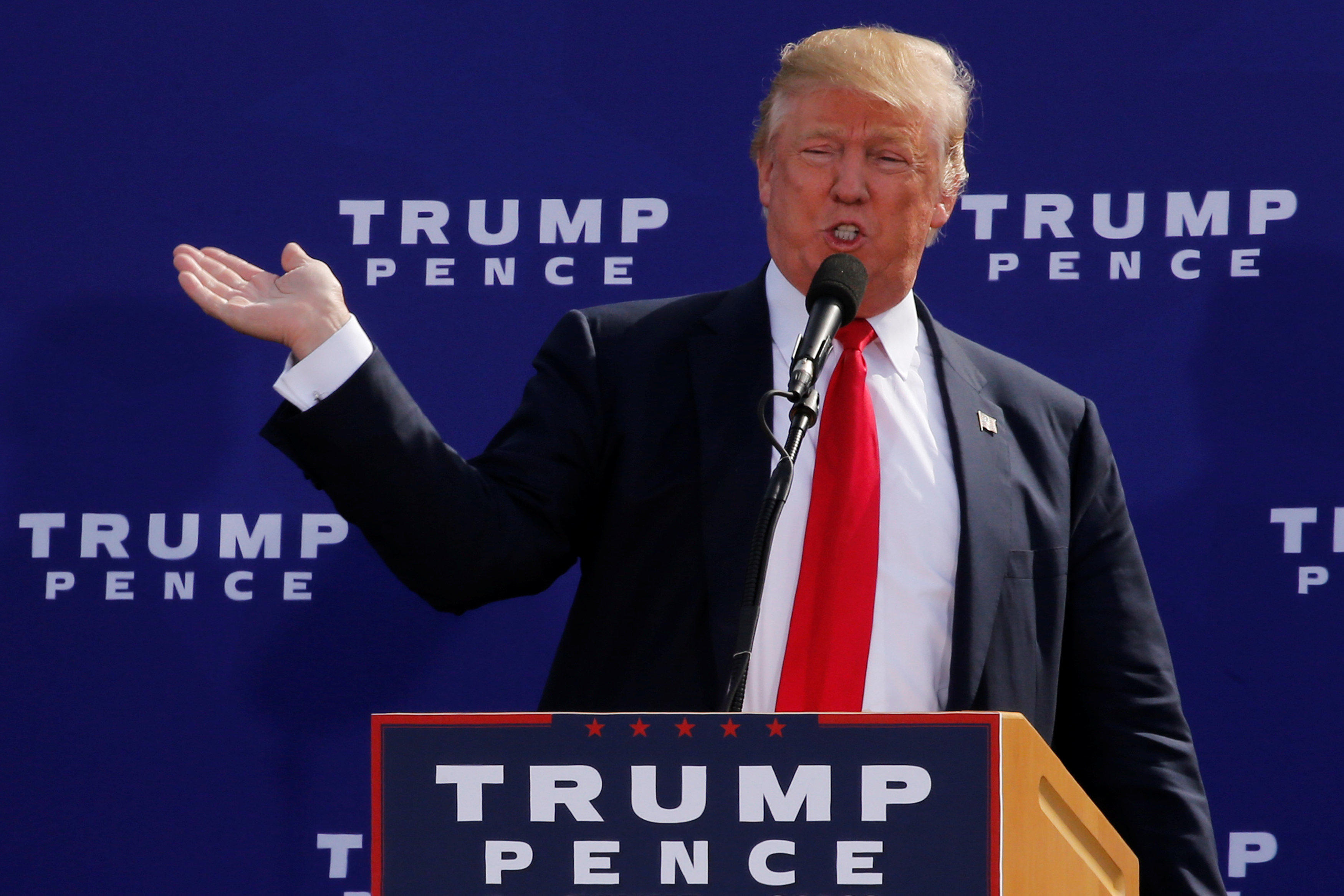 Donald Trump is doubling down on his claims of there being a “rigged election” this year, reports CBS News correspondent Major Garrett.

Over the weekend, the GOP presidential nominee accused the “Clinton machine” and the media of engaging in a “conspiracy” to keep him out of the White House.

But his running mate Indiana Gov. Mike Pence appeared to disagree with Trump’s assessment in an interview Sunday on CBS’s “Face the Nation.”

“We’ll respect the outcome of this election,” Pence said. “I don’t think any American should ever attempt to make any other American nervous in the exercise of their, of their franchise to vote.”

Trump even scoffed at “Saturday Night Live’s” portrayal of him, calling it a “hit job” and repeating his claim that the media is media is “rigging” the election.

At a campaign event in Maine on Saturday, Trump said that women who have come forward with different backgrounds but similar stories, accusing him of sexual assault, made it all up.

He also speculated that Clinton was taking performance-enhancing drugs at the last debate  and said they should take a drug test before the third and final debate on Wednesday.

“I think we should take a drug test prior to the debate. I do,” he said. “Because I don’t know what’s going on with her. But at the beginning of her last debate, she was all pumped up at the beginning, and at the end it was like, ‘Oh, take me down.’  She could barely reach her car.”