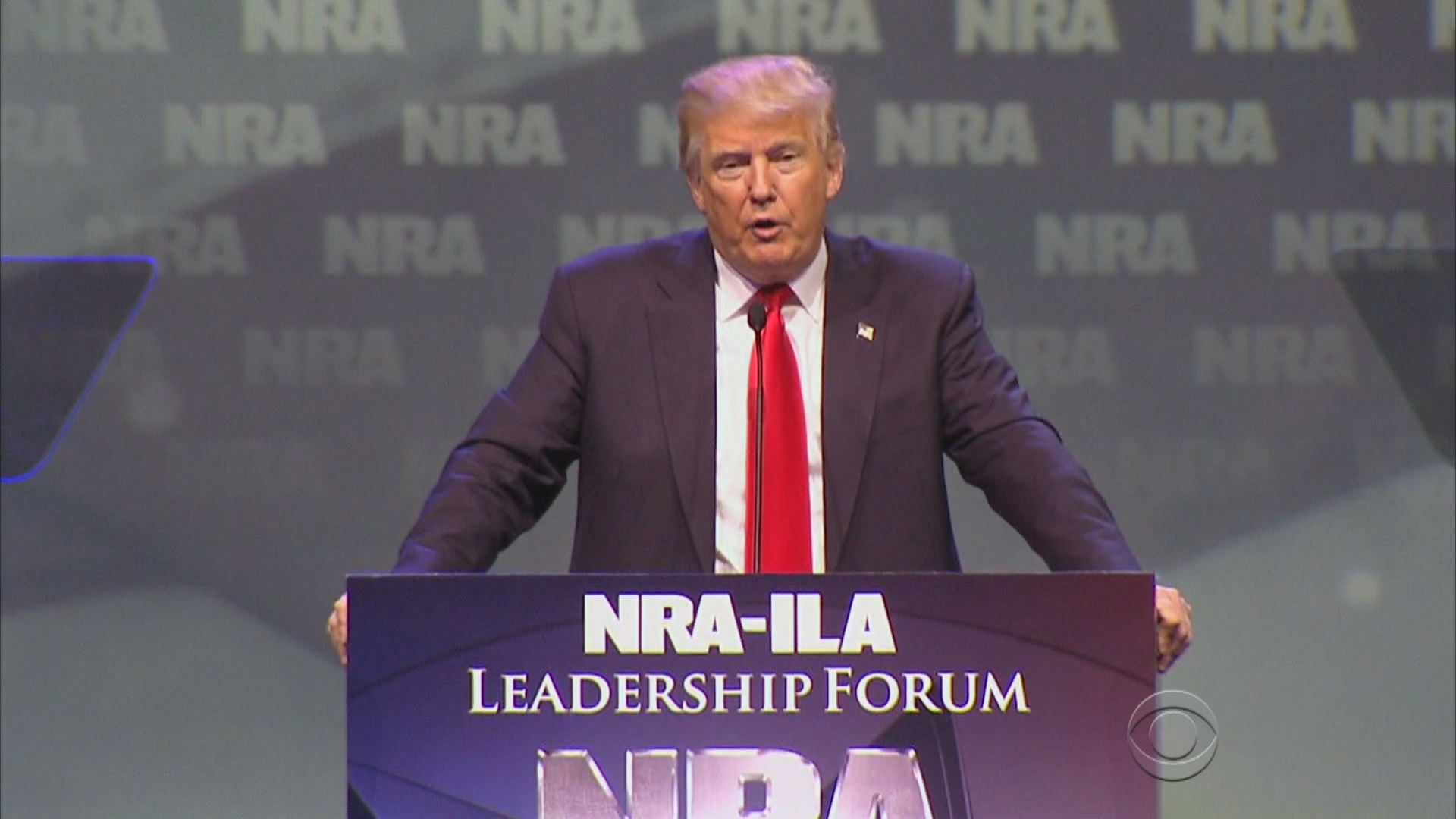 Donald Trump doesn't want to have guns in classroom -- but "in some cases," he would prescribe that teachers should be equipped with firearms.

Trump's comments were made during a single interview Sunday with Fox News' "Fox & Friends" program, where the presumptive GOP nominee was responding to a question about Hillary Clinton's recent attacks on his gun control stance.

On Saturday, Clinton told a Florida gathering that Trump has "said that also on his first day in office he'd mandate that every school in America allow guns in classrooms."

"Every school, he said," Clinton told a crowd composed of family members of gun violence victims. "That idea isn't just way out there -- it's dangerous."

Trump, who recently earned the endorsement of the National Rifle Association, fired back later that night in a tweet, calling Clinton's characterization of his position as "Wrong!"

Clinton seemed to be referencing one campaign trail promise the billionaire had made while making the rounds in Vermont in January.

"I will get rid of gun-free zones on schools, and -- you have to -- and on military bases," Trump, who owns several real estate properties that don't allow guns on their premises, said in Burlington earlier this year. "My first day, it gets signed, okay? My first day. There's no more gun-free zones."

In the "Fox & Friends" interview, Trump also addressed the still-large list of prominent Republican party financiers that have refused to support him.

"I don't care at all," Trump declared. "These are people that won't have access to the White House and they understand that. They're not gonna be able tell me what to do like they do every other candidate."