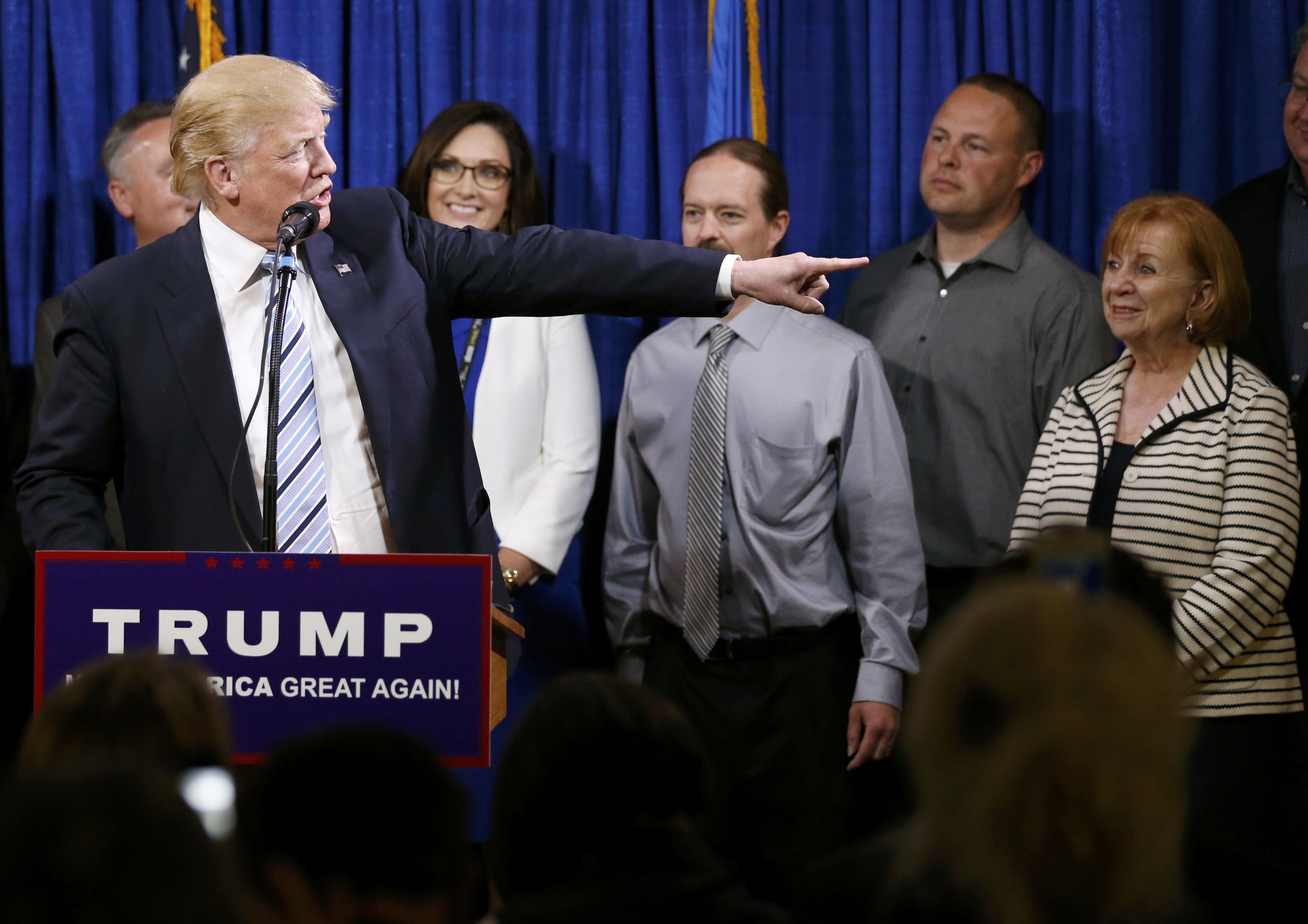 "The folks behind me got us right over the top, from North Dakota, so North Dakota made a big statement and I just really appreciate it," he said, with North Dakota delegates standing behind him. "We will not forget it. Thank you very much."

The GOP businessman also responded to claims of sexism, primary led by an extensive New York Times story on his public and private treatment of women.

"I tell you what, I was so honored, because the New York Times did this massive story on the front page, they quoted three women and another woman, many of the women have come forward to say we have great respect for Donald Trump," he said.

Trump went on to say the Times should be "ashamed of themselves."

Trump spoke about President Obama's criticism of him while in Japan, where Mr. Obama said that world leaders have been "rattled" by Trump's rise.

Trump said that "when you rattle something, that's good," adding that Mr. Obama has "done a horrible job, everyone understands that."

"He shouldn't be airing what he's airing where he is right now," he added. "I think you're going to see it stop pretty soon."

Asked about the recent State Department report chastising Hillary Clinton for her use of a private email server, Trump said he won't call for Clinton to leave the race.

"Actually I sort of like her in the race -- I want to run against her," he said. "Look, she has bad judgment, this was all bad judgment. Probably all illegal ... I just read the report, it's devastating, the report. There's no reason for it. It's just skirting on the edge all the time."

And referring to Massachusetts Sen. Elizabeth Warren, who has been highly critical of Trump in recent weeks, Trump again referred to her as "Pocahontas"--which one reporter told him is "offensive."

"Oh, I'm sorry about that," he said--and then launched back into his criticism, calling her "Pocahontas" again.

"I think she's as Native American as I am," he said. "But she's a woman who's been very ineffective other than having a big mouth."