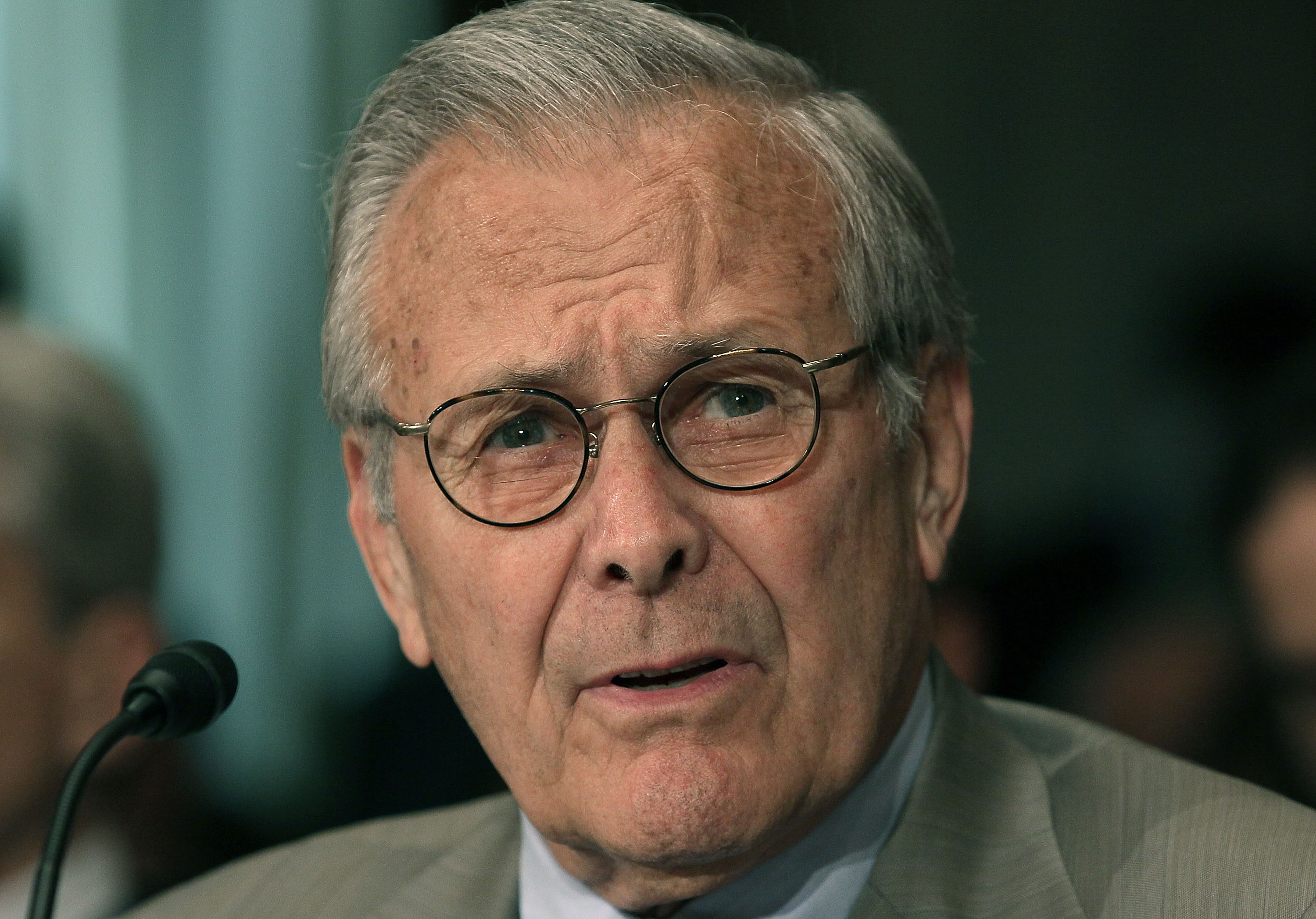 Former Secretary of Defense Donald Rumsfeld added his scorn Monday evening to the pressure from President Obama's foes, accusing the U.S. leader of allowing America's influence to wane so significantly that it had created a "leadership vacuum in the world."

It was the latest attack on President Obama's foreign policy in light of the Russian military action inside neighboring Ukraine.

Speaking to Fox News' Greta Van Susteren, Rumsfeld argued that "U.S. weakness has shaken the world," allowing "the Putins of the world" and others "without our values or our interest" to wield new levels of influence.

"It is the United States that's injected that instability into the world equation," said Rumsfeld. "If we want peace, we have to be prepared for war."

Rumsfeld was only the most recent U.S. official or former official to blame Mr. Obama for the current crisis. His remarks came hours after Sen. John McCain, R-Ariz., blamed President Obama's "feckless" foreign policy for inviting the crisis in Ukraine, telling a pro-Israel group that the president had repeatedly failed to demonstrate American strength in the face of adversaries.

Other GOP critics piled on over the weekend. On Sunday, Sen. Lindsey Graham, R-S.C., told CNN, "We have a weak and indecisive president that invites aggression."

And Rep. Mike Rogers, R-Mich., said on "Fox News Sunday" that Russia "is playing chess and I think we are playing marbles."