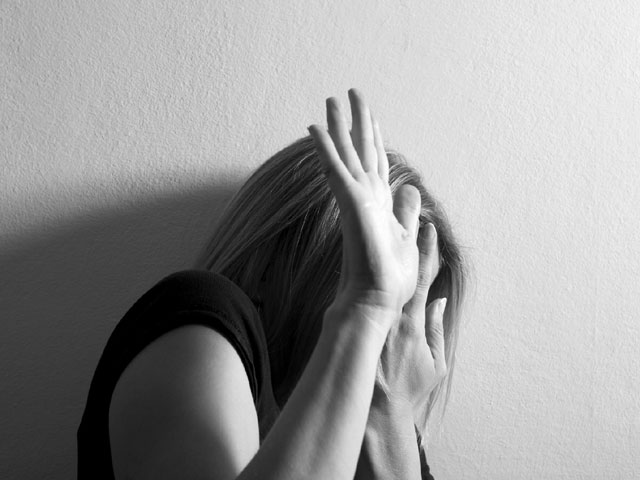 And experts warn the ongoing abuse is a public health problem that must end.

"We simply as a society had to take up domestic violence as a public health problem," Dr. Gail Wyatt, a professor psychiatry and the director of the sexual health program at UCLA, told CBSNews.com. "People were not addressing the issues, and there was no help for people if they had these problems."

Since 1981, every October marks Domestic Violence Awareness Month. Experts use this time to highlight the ongoing issues that still exist and call on people to help put an end the cycle of violence.

Wyatt explained that before, anything that went on in the home was perceived to be private business. There was a stigma that came with being a victim. However, with more education, people are now less afraid to come forward and admit that they are victims of domestic violence and seek help.

A survey of about 1,000 women conducted by More Magazine and the Verizon Foundation showed that 44 percent of American women have experienced some kind of domestic violence at the hands of a partner. Thirty-eight percent of them have experienced emotional abuse, 25 percent have suffered from physical abuse, 18 percent have suffered sexual abuse and 16 percent suffered economic abuse, when their finances were controlled by a partner.

Women who had been abused experience about three chronic conditions on average, compared to about two conditions reported in their counterparts.

Wyatt said that the new survey's results may skew a bit high. However, she isn't surprised to hear that many women who are abuse victims also find themselves to have chronic medical conditions.

Domestic violence survivors are more likely to go to the emergency room for their health care because they fear doctors noticing injury patterns, Wyatt explained. Many victims also are unemployed and lack health care, so they don't go to routine visits or checkups. She said the main issue is that these women might be afraid of reporting domestic violence to their doctor or having someone report them.

"These are women who unfortunately have had a number of health problems," Wyatt said. "If they went to a doctor on a regular basis, they could be picked up. Sometimes their partner is very controlling. Sometimes they can't leave the house."

Wyatt hopes the Affordable Healthcare Act will provide services for women and men who otherwise would not have had them, and encourage them to come into the doctor's office. This could also mean that rates of domestic violence will increase because there will be more people reporting their cases through health services, she pointed out.

However, Wyatt acknowledges that there is still a lack of funding and treatment for survivors. One area that definitely needs to be addressed is preventive education. Wyatt explained that research has shown that people who have a history of child abuse are at higher risk of being in a violent relationship.

"We need education in our society," Wyatt said. "We need programs to treat this history. We need to train doctors to be able to identify individuals who are risk when they come into primary care."

She called for more training of health care providers so they are more aware of what is going on with their patients and who may be in danger. The American College of Obstetricians and Gynecologists (ACOG) issued guidelines earlier this year to help doctors identify people who may be experiencing reproductive "coercion," or being forced by their partner to have a child.

There also has to be a concerted effort to include domestic violence intervention and prevention training in more languages, and a focus on different religions and cultures so people know that their experience is not unusual. Police and other individuals should also focus on domestic violence as a major problem.

"This is a public health problem that people are being harmed," she said.