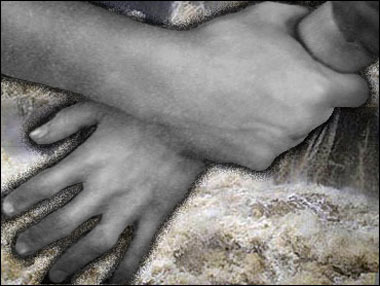 Almost one in ten adolescents reported perpetrating some form of sexual violence in their lifetime in a national study published Monday.

In the Growing Up With Media study, released in the specialty journal JAMA Pediatrics, nine percent of the survey's 14- to 21-year-old participants said they had committed an act of sexual violence, including coercive sex, forced sexual contact and rape.

"It is critical that adolescent health care professionals, parents, and others interacting with youths model and educate young people about how to develop and maintain healthy sexual relationships well before this pivotal age," write the report's authors, Michele Ybarra, who heads the Center for Innovative Public Health Research, and Kimberly J. Mitchell, of the Crimes against Children Research Center.

According to the study, three in four victims were a romantic partner, and coercive verbal and emotional tactics were far more common than threats or physical force. When asked about the most recent time they had attempted or were able to force someone to have sex with them, 63 percent of perpetrators said they became angry or made the victim feel guilty in their coercion, while five percent reported using threats and eight percent reported using physical force.

The study found that, for perpetrators, victim blaming is high -- 50 percent said the victim was completely at fault -- and consequences are few -- 60 percent said no one found out about the perpetration. In a survey that included 1058 youths, including 108 who reported some type of sexual perpetration, only two reported ever being arrested.

"Because victim blaming appears to be common while perpetrators experiencing consequences is not, there is urgent need for high school (and middle school) programs aimed at supporting bystander intervention," the report's authors write.

In terms of gender, the study finds that while youths who begin perpetrating sexual violence at younger ages are almost entirely male, at older ages female perpetrators do emerge at notable rates. And by age 18 or 19, males and females are "relatively equally represented as perpetrators."

It's a finding that may suggest different developmental trajectories for men and women, and one the report's authors say could highlight an overlooked aspect of sexual violence.

"Gender stereotypes can make it difficult to imagine a dominant woman coercing or forcing an unwilling man to have sex," the authors write. "Adolescent health care professionals need to assess the potential for their own gender biases in this area so that they can be more effective in identifying and treating female perpetrators and male victims when they present."

The data presented in the report was collected between 2010 and 2011 as part of a longitudinal survey attempting to look at links between violent media and violent behavior. The authors warn that the report is the first of its kind, and that its findings should therefore be "interpreted cautiously."