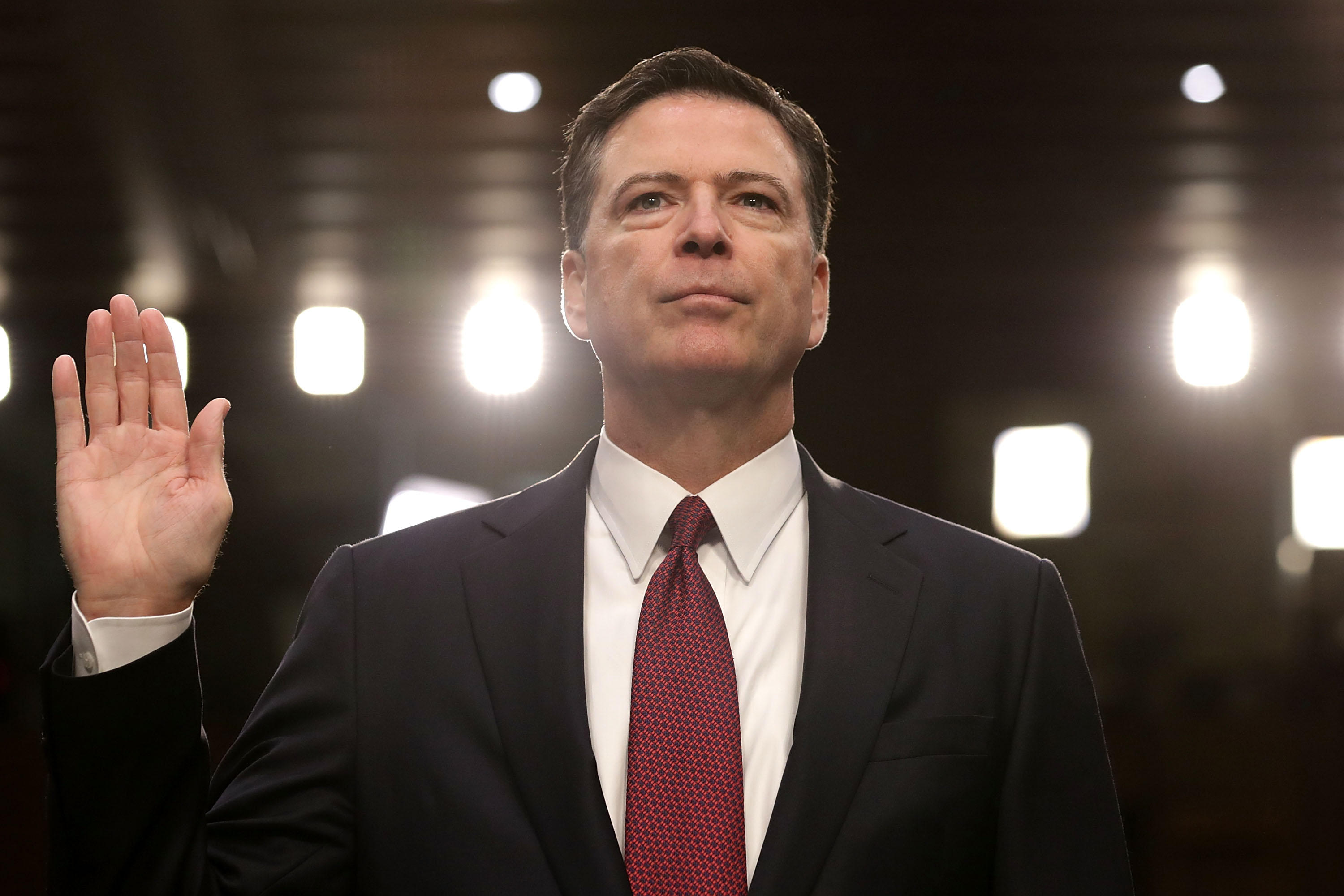 WASHINGTON -- The Justice Department's inspector general put out his long-awaited report on the FBI's handling of the Clinton email investigation. It is critical of former Director James Comey, saying he was "insubordinate" for not telling his bosses he planned to make a public announcement that he was not recommending charges against Hillary Clinton.

The report found the decision not to prosecute was proper. It also said some FBI agents showed anti-Trump bias, but that bias did not affect the investigation.

The report says "we find it extraordinary that ... [Comey] engaged in his own subjective ad hoc decision-making" and concludes that while Comey was not politically biased, his decision-making "negatively impacted the perception of the FBI and the Department [of Justice] as fair administrators of justice."

FBI Director Christopher Wray summed up his reaction of the report in one word: disappointing.

He added Thursday's report "does identify errors of judgment, violations of or even disregard for policy, or decisions that at the very least with the benefit of hindsight were not the best choices."

Comey told "CBS This Morning" on May 4, 2018, he faced an impossible choice after new Clinton emails were discovered on a laptop belonging to Anthony Weiner. Comey informed Congress of the new evidence just days before the election.

He described his choice to investigators as being between "two doors," one labeled "speak" and one labeled "conceal."

The inspector general rejected this characterization "a false dichotomy" and said "the two doors were actually labeled 'follow policy/practice' and 'depart from policy/practice.'"

Comey declined to comment when approached Thursday in Minneapolis.

"No, I'm not going to say anything," he said, laughing.

In August 2016, Page texted Strzok asking: "[Trump] is not ever going to become president, right? Right?!"

Inspector General Michael E. Horowitz concluded that in the thousands of texts, Strzok and Page were critical of both candidates and "brought discredit to themselves and sowed doubt about the FBI " in its handling of the Clinton and then the Russia investigations.

However, the inspector general did not find political considerations affected the outcome of either agent's work.

Comey tweeted today that the IG's conclusions are reasonable, but that he disagrees with some of them.

And Hillary Clinton weighed in on Twitter as well: