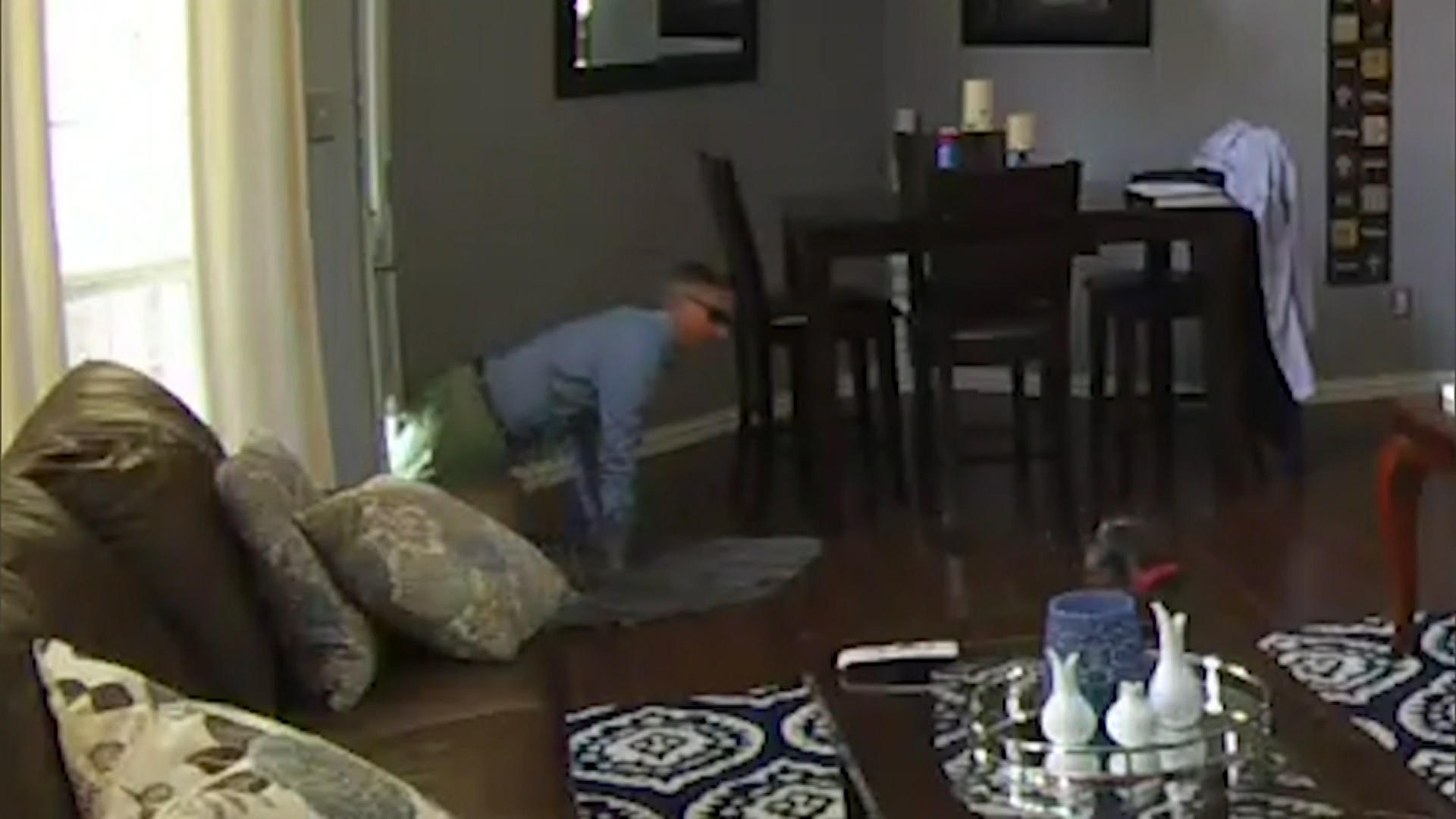 HEATH, Texas -- It's a brazen home burglary caught on surveillance camera, but how the crook got in was a surprise to police and the homeowner.

Police say the burglar squeezed through a "doggy door" in the home's back door, CBS Dallas/Fort Worth reports.

Jeff Summers' dogs, AJ and Lucy, were sleeping when they got an unexpected visitor.

"I was really angry that he was there, and just praying that he didn't do anything to hurt the dogs that were here because they are our family," said Summers.

Summers turned the home surveillance video over to police.

"It's very uncommon to see someone enter a house through a doggy door," said Sgt. Brandon Seery with the Heath Department of Public Safety. "He made his way into the bathroom. That's where he stole some prescription medication."

Police posted the video online and within hours, tips poured in.

"We received an anonymous tip leading us to the suspect," said Sgt. Seery. "A detective spoke to him. They're preparing warrants for his arrest."

As if this unusual break-in wasn't enough, there came one more twist.

"The doorbell rang around 2:30 p.m., and it was him [the burglar] standing at the front door wanting to apologize." said Summers. "He handed me this letter."

Summers accepted the apology but says he won't change anything about the security at his home. "We're still an armed household," he said.

Police say if you have a pet door, make sure it's the size of your dog and no bigger.