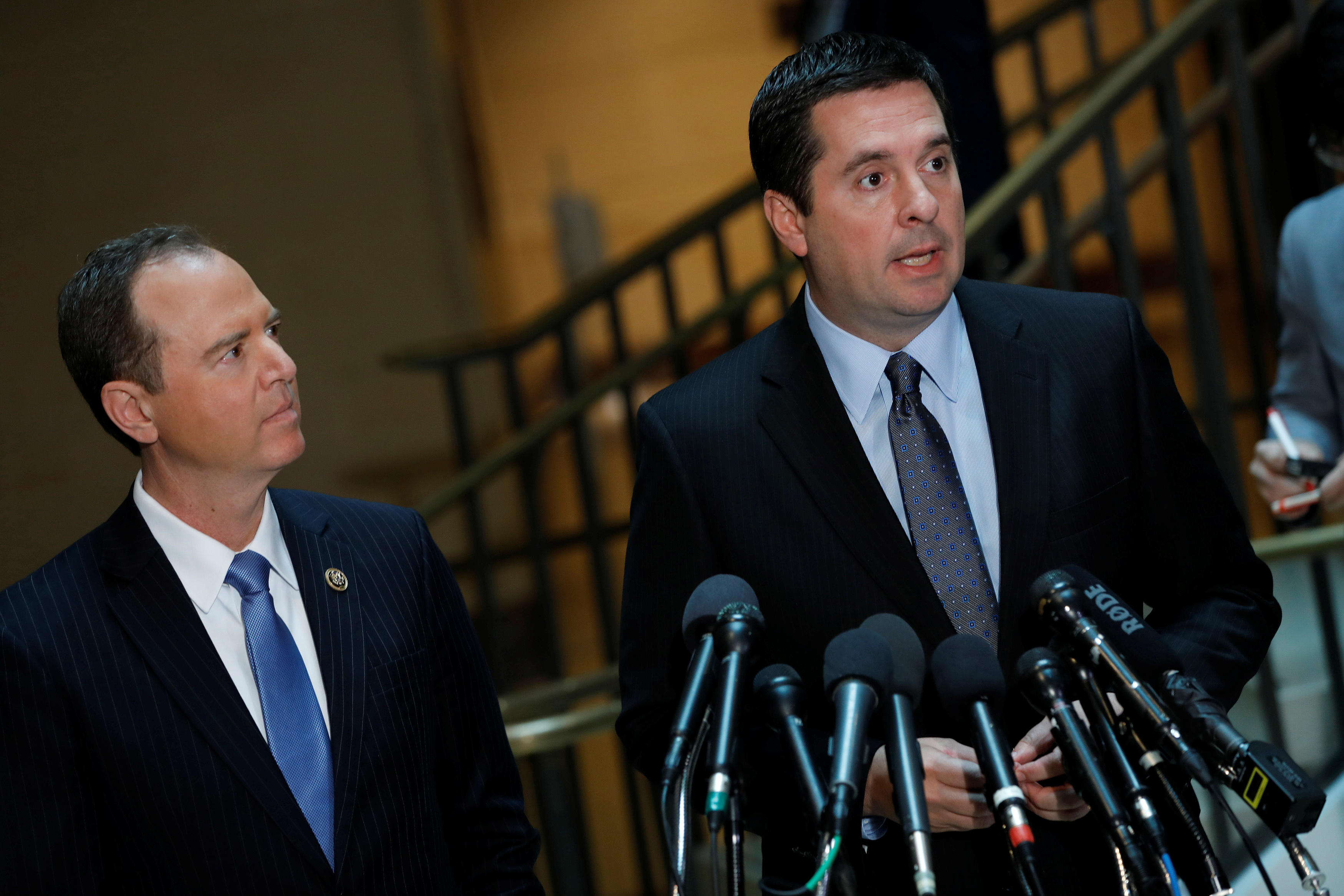 The House Intelligence Committee’s top members, Chairman Devin Nunes and Ranking Member Adam Schiff, both of California, have so far not been presented by the Justice Department with any evidence backing up President Trump’s tweeted allegation that former President Obama tapped Donald Trump’s phones during the election. Nunes on Wednesday suggested the president could be wrong.

“I don’t think there was an actual tap of Trump Tower,” he told reporters at the Capitol, and he said that if Mr. Trump’s allegations are taken literally, then “clearly the president was wrong.”

“To date, I’ve seen no evidence that supports that President Trump made that his predecessor had wiretapped he and his associates at Trump Tower. Thus far, we have seen no basis for that whatsoever,” Schiff told reporters Wednesday.

Schiff said that he and Nunes are still waiting for a response to their letter demanding proof from the Justice Department.

Nunes went on to say that if the tweets aren’t taken literally, “other surveillance activities looking at him and his associates -- either appropriately or inappropriately -- we want to find that out.” He said that communications from Americans, including Trump, may have been picked up through ongoing surveillance of foreigners. Nunes also reiterated his concern about data collection involving former National Security Adviser Michael Flynn, and the leaks of information about Flynn’s contacts with the Russian envoy during the campaign.

Mr. Trump has asked the congressional committees to investigate his explosive claims that President Obama wiretapped his New York skyscraper during the election. The Justice Department missed a Monday deadline to provide evidence to the House committee and now has until next Monday to respond.

Mr. Trump himself has provided no evidence that Trump Tower, where he lived and ran his campaign, was wiretapped by Obama. On Monday, the White House started softening his claims, with spokesman Sean Spicer saying the president was referring more broadly to general surveillance that may have been approved by the Obama administration.

South Carolina Sen. Lindsey Graham confirmed that he and Rhode Island Sen. Sheldon Whitehouse gave FBI Director James Comey until Wednesday to inform them about whether or not the agency is investigating the Trump campaign’s contacts with Russia.

If Comey doesn’t provide the information, Graham said that his panel, the Judiciary Subcommittee on Crime and Terrorism, will issue subpoenas. The FBI and House and Senate committees are investigating Russia’s interference in the 2016 election and possible contacts between Trump associates and Russians. The House Intelligence Committee announced Wednesday that FBI Director James Comey and Admiral Mike Rogers, the director of the National Security Agency, will testify in public hearings next week.

Graham says he’s also waiting to hear from Comey whether a warrant was issued that would have allowed the Obama administration to tap Mr. Trump’s phones during the campaign. In addition to the threat of a subpoena, “we’ll hold up the deputy attorney general’s nomination until Congress is provided with the information to finally clear the air as to whether there was ever a warrant issued against the Trump campaign,” Graham, who heads the Judiciary Committee’s crime and terrorism subcommittee, said Wednesday on NBC’s “Today” show.