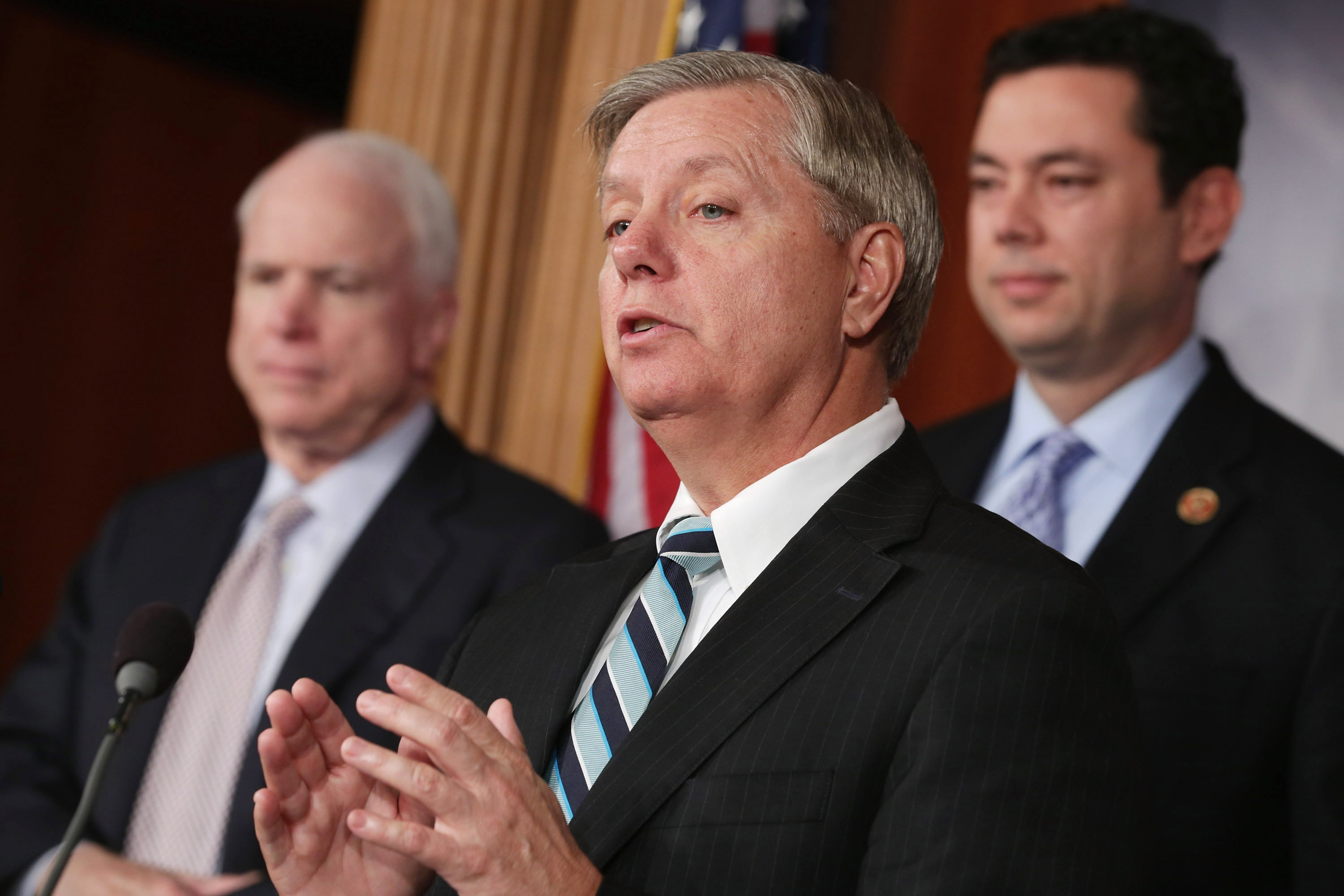 Republican Senators are asking for evidence of President Trump’s assertion that former President Obama had ordered the wiretapping of Trump tower. “I think the President should tell the American people what evidence he has that indicates his predecessor wiretapped Trump Tower,” Senator John McCain (R-AZ) told reporters on Monday evening.

“It was a very serious charge and one that needs corroboration,” noted McCain, the chairman of the Senate Armed Services Committee.

“If it’s true it’s earth-shattering,” commented Senator Lindsey Graham (R-SC). When asked if Mr. Trump’s claims were a distraction, he responded, “it’s not a distraction as much as it is unnerving if it’s true.”

Graham promised a congressional investigation because of the seriousness of the charges leveled by President Trump. “It certainly behooves me and others to investigate when the current president accuses the former president of engaging in illegal activities its something we need to look at seriously. And I intend to do that,” he said.

The South Carolina Senator revealed that he and Senator Sheldon Whitehouse (D-RI), the ranking Democrat on the Senate Judiciary Subcommittee on Crime and Terrorism, would reach out to FBI Director James Comey to try and determine the validity of the President’s claim.

On Wednesday afternoon, the former Republican presidential candidate will get a chance to ask President Trump in person about the matter when he meets with Mr. Trump over lunch.