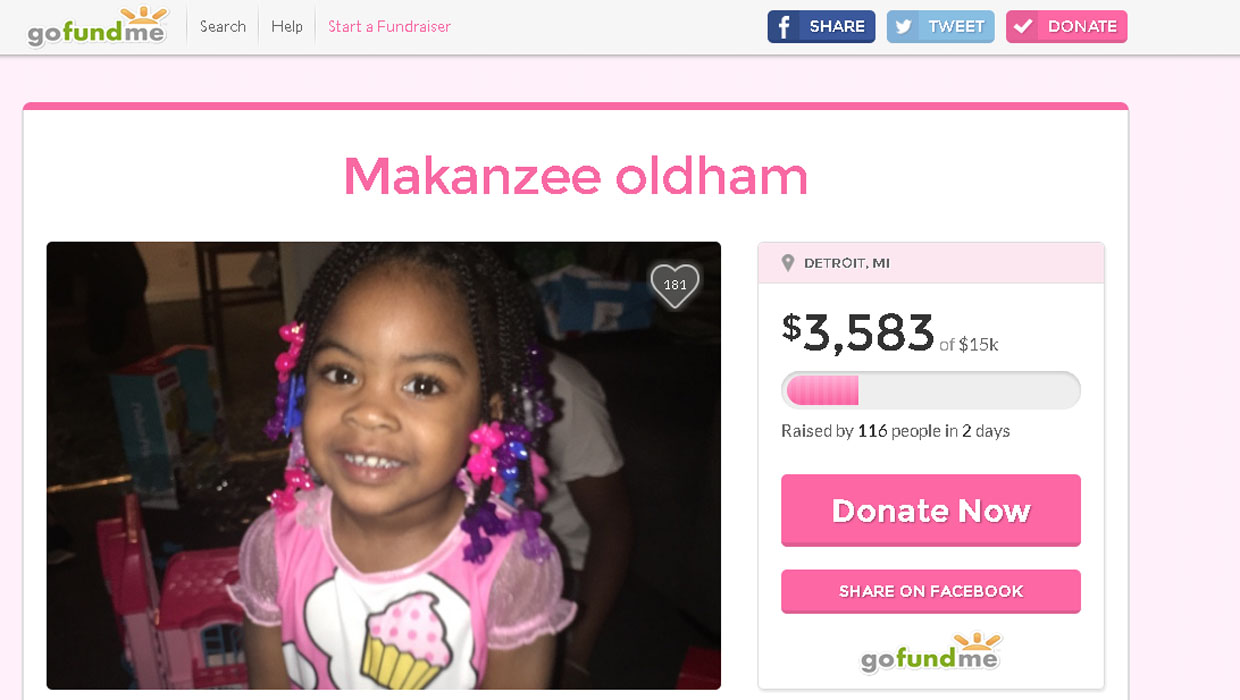 DETROIT -- A 2-year-old girl who was shot in the head in Detroit during a dispute over a tossed drink has died.

St. John Hospital spokesman Brian Taylor said Makanzee Oldham died Sunday. She was shot Wednesday while in a car with her father after a fight erupted and someone poured juice on a woman getting ready for prom.

Thirty-year-old Cleveland Smelley, 21-year-old Deonta Bennett and 32-year-old Antoine Smelley were arraigned Saturday on eight counts each of assault with intent to murder and other crimes.

Prosecutors said Antoine Smelley poured the juice over the head of the woman before her prom, then pulled out a handgun and threatened her, according to the Detroit News. A short time later, prosecutors say a fight broke out at Antoine Smelley's home, and his brother Cleveland Smelley allegedly shot at seven people in a car, including the child.

Relatives of the Smelley brothers told the paper the woman whose prom dress had juice poured on it had stolen $1,000 from Antoine Smelley, and that her relatives came to his home and "ambushed" and assaulted him after the drink-tossing incident.

Makanzee Oldham would have turned 3 June 13.

Wayne County prosecutor spokeswoman Maria Miller said Sunday the charges against the three will be amended to murder charges because of the child's death.

She previously said her office hadn't been contacted by lawyers representing the defendants.

Bond was denied for the suspects. Their next court date is June 9.