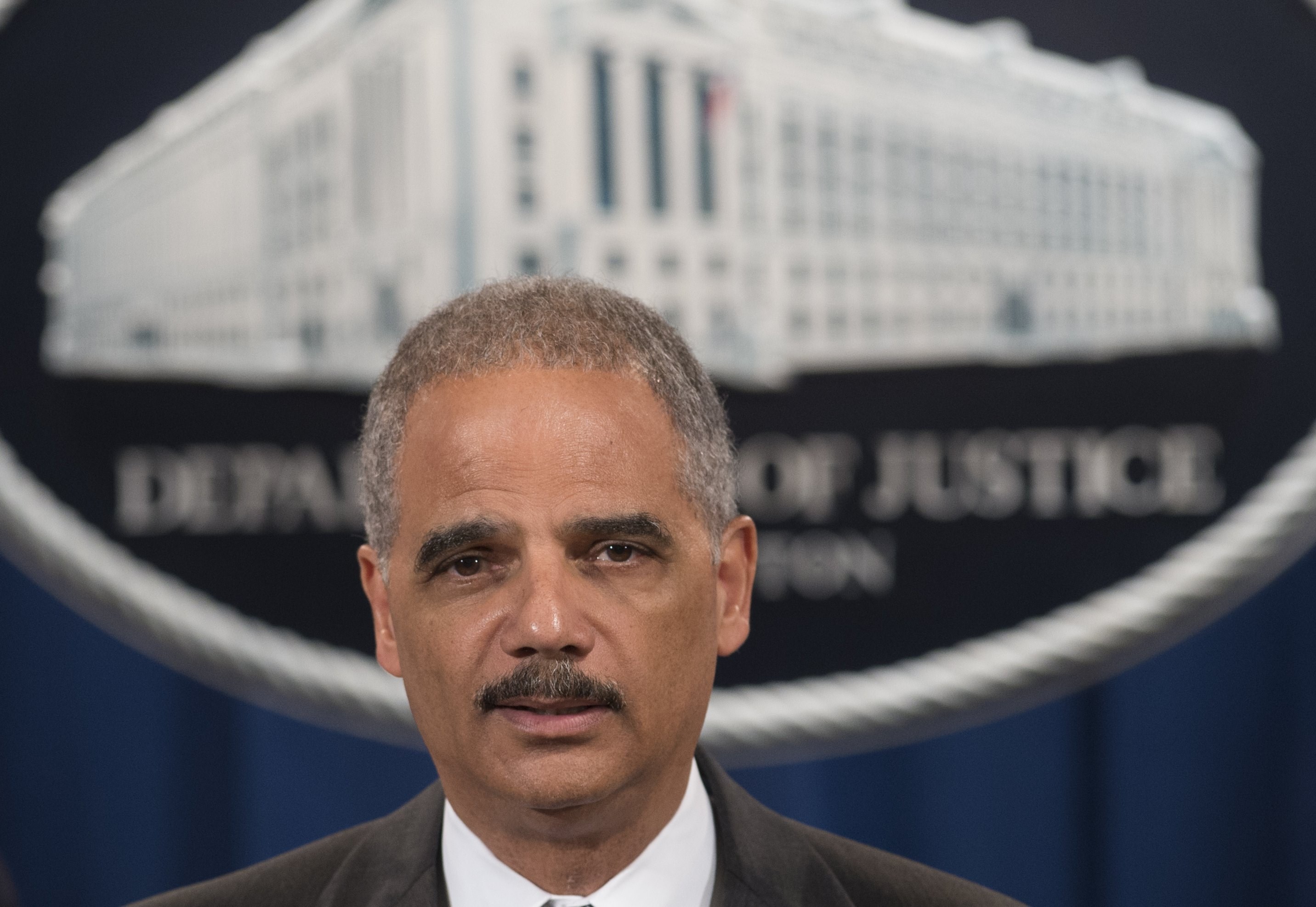 If the Supreme Court decides to hear a case on same-sex marriage, the Department of Justice will file a brief urging the court to uphold the rights of gay couples to wed, Attorney General Eric Holder said in an interview that aired Sunday.

The possibility that the high court could soon decide the controversial issue at the federal level became more likely at the end of last year when a federal appeals court struck down a ban on same-sex marriage in Utah. That decision was stayed pending an appeal, but rather than making his case before the circuit court again, Utah's attorney general took the argument directly to the Supreme Court, asking the justices to weigh in on the issue. Several other appeals courts across the country have heard similar cases that could also make their way to the High Court.

The Supreme Court could decide not to hear the case or to postpone it, but if they take it up, Holder told ABC's "This Week" that the Justice Department will "file something...in support of same-sex marriage."

"I think we will file a brief that is consistent with the actions we have taken over the past couple of years," Holder said. He noted that the government stopped defending the Defense of Marriage Act, a 1996 law banning federal recognition of same-sex marriages that was struck down last year by the Supreme Court, and that the federal government has begun extending federal marriage benefits to same-sex couples.

"We are proud of what we have done," Holder said. "When you have differentiations that are made on the basis of sexual orientation, they should be subject to heightened scrutiny. That being the case, I think a lot of these measures that ultimately will come before the Court will not survive a heightened scrutiny examination."

Holder, who has been President Obama's attorney general since the administration assumed power in 2009, recently described the fight for gay rights as the "defining civil rights challenge of our time."