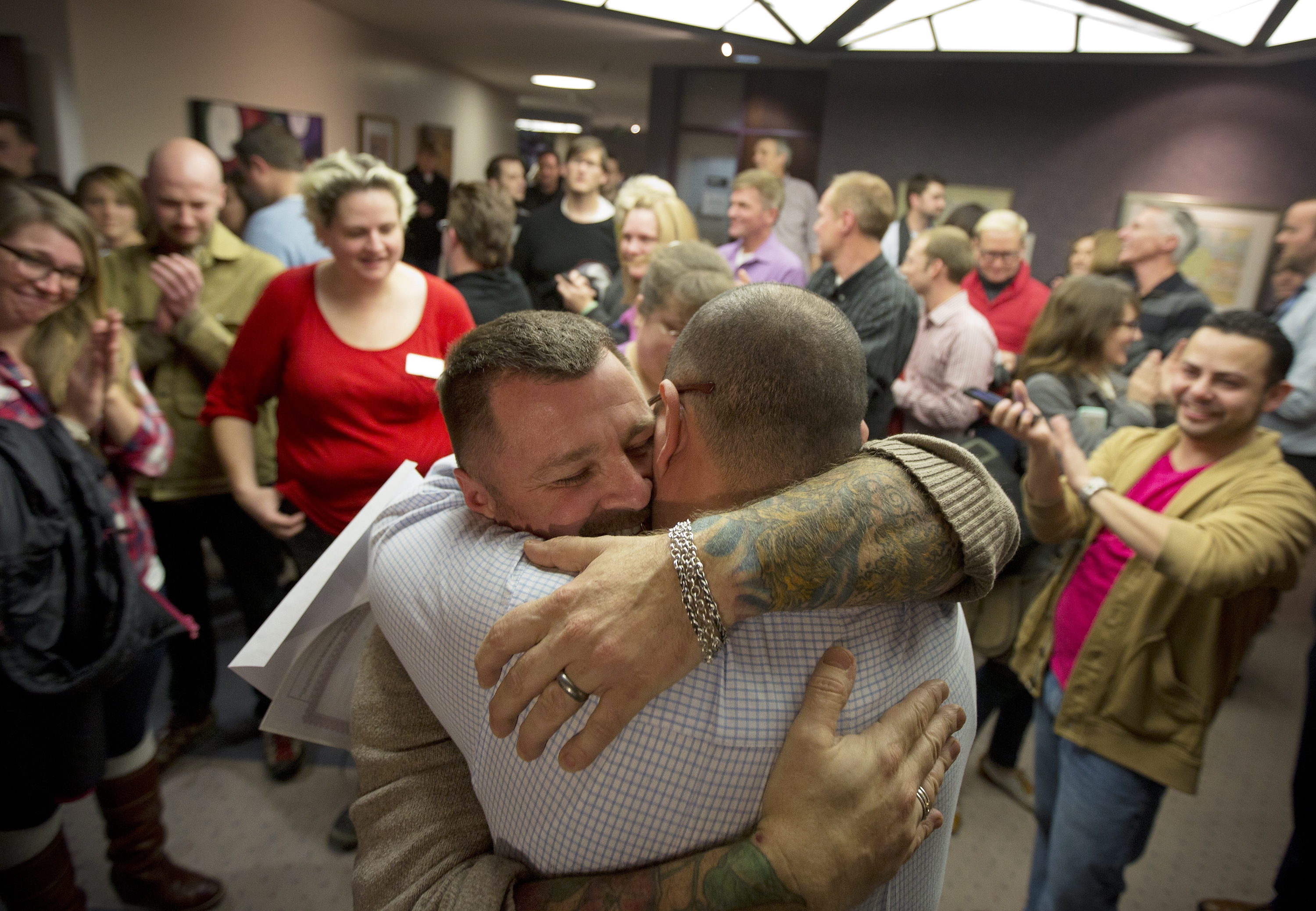 U.S. District Judge Robert Shelby ruled on Dec. 20 that Utah’s ban on same-sex marriage violated the U.S. Constitution’s guarantee of equal protection under the law, kicking off a wave of gay marriages in the predominantly Mormon western state.

Roughly 1,400 gay couples tied the knot in the days following Shelby’s ruling, but the cheers of same-sex activists were muted on Monday, when the U.S. Supreme Court put the ruling on hold pending an appeal.

The administration of Utah Gov. Gary Herbert, a Republican, announced that the state would also temporarily halt recognition of the unions in accordance with the Supreme Court’s hold.

“Based on counsel from the Attorney General's Office regarding the Supreme Court decision, state recognition of same-sex marital status is ON HOLD until further notice,” read a message on Herbert’s website posted by his chief of staff.

In a video posted on the Justice Department’s website, however, Holder confirmed that, while the courts sort out the legal issues involved in the case, the federal government would recognize the marriages performed before the Supreme Court and Herbert’s administration hit the brakes.

“In the meantime, I am confirming today that, for purposes of federal law, these marriages will be recognized as lawful and considered eligible for all relevant federal benefits on the same terms as other same-sex marriages,” he said.