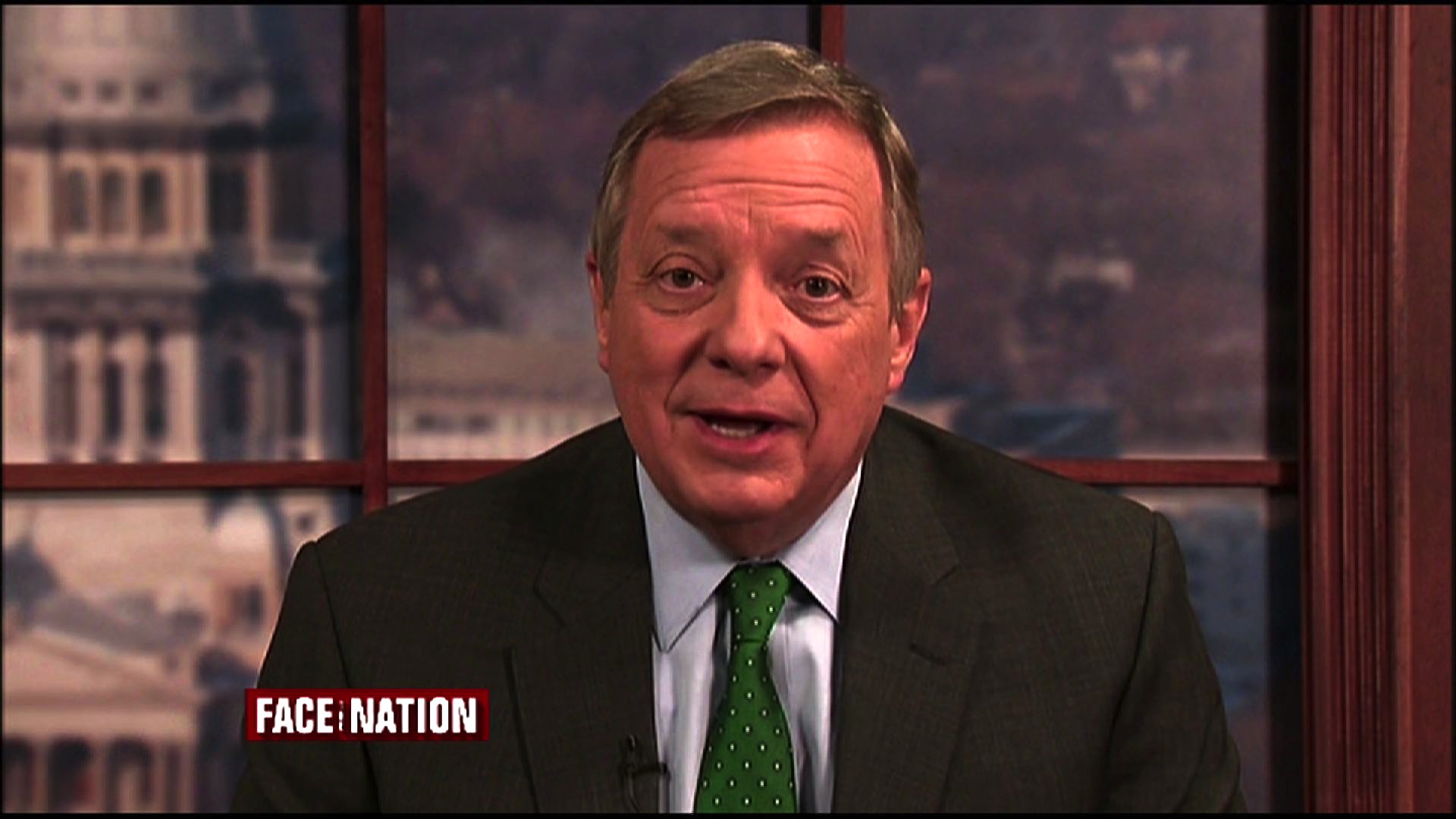 Opposition to President Obama continues to drive the Republican agenda on Capitol Hill, where Republicans see executive overreach on issue after issue and Democrats say it’s merely an excuse for inaction.

“When it comes to their opposition to the president, any excuse will do,” Sen. Dick Durbin, D-Ill., said on CBS’ “Face the Nation” Sunday. Durbin was referring to immigration, an issue that was put on hold last week in the House when Speaker John Boehner, R-Ohio, said the president could not be trusted to enforce existing immigration laws.

“The bottom line is this: we have a strong bipartisan, fair and balanced bill that came out of The United States Senate. It was sent over to the House of Representatives. If they made good faith effort we can find agreement on this important issue,” said Durbin, one of the eight senators who wrote the immigration bill that passed the Senate in June.

But Sen. Kelly Ayotte, R-N.H., said the trust deficit is more than just an excuse – and merited.

“It's related to Obamacare and the disastrous roll out because, let's think -- immigration means a lot of complex things. In addition to that, the administration is issuing executive orders to change the law very frequently. I think there's a trust deficit that's related. Then the president came out in The State of the Union talked about more executive orders that certainly I think didn't help the situation,” she said. Ayotte was one of the fourteen Republicans who voted in favor of the Senate bill, which she called “not perfect” but “a good solution to a hard problem.”

And though she echoed Boehner’s concern about trusting the president, she said she hoped  her party could find a way forward on the issue, because it’s an important issue for both national security and the economy.

Peter King, a New York Republican representative, offered another reason for the Republican unwillingness to act on immigration: concern among the GOP’s base.

“In Republican districts, it's not a very popular issue.  I think nationwide, it's something the Republican Party should do.  But when you take it district by district, it's hard to get a majority of Republicans to sign onto it,” King said on “Face the Nation.”

“Certainly the national leadership would like it done.  But then the president's State of the Union didn't help matters.  And so we started getting a real pushback from the Republican base against, you know, members in these districts, where there is no real strong support for immigration reform or certainly not what would be called legalization or a pathway to citizenship.”

Republican frustration with the president will seems likely to spread to touch every issue, especially as the 2014 midterm elections draw closer. Ayotte, for example, said Attorney General Eric Holder’s move this weekend to expand certain rights for married couples to same-sex couples as well was “another example of the Obama administration imposing its will on the states.”

And on the health care law, Ayotte said that the president “needs to stop changing the law based on executive order, he needs to work with congress and frankly I think we need to start over.”

Durbin deflected questions about the law’s complexity – which increased late last week with a new tweak that will increase flexibility for consumers – by pointing to what it has done so far.

“Ten million Americans have health insurance today who would not have had it without The Affordable Compare Act. Ten million. We can also say this it is going to reduce the deficit more than we thought it would. We were seeing a decline in the growth of cost of health care exactly our goal in passing this original legislation,” Durbin said.