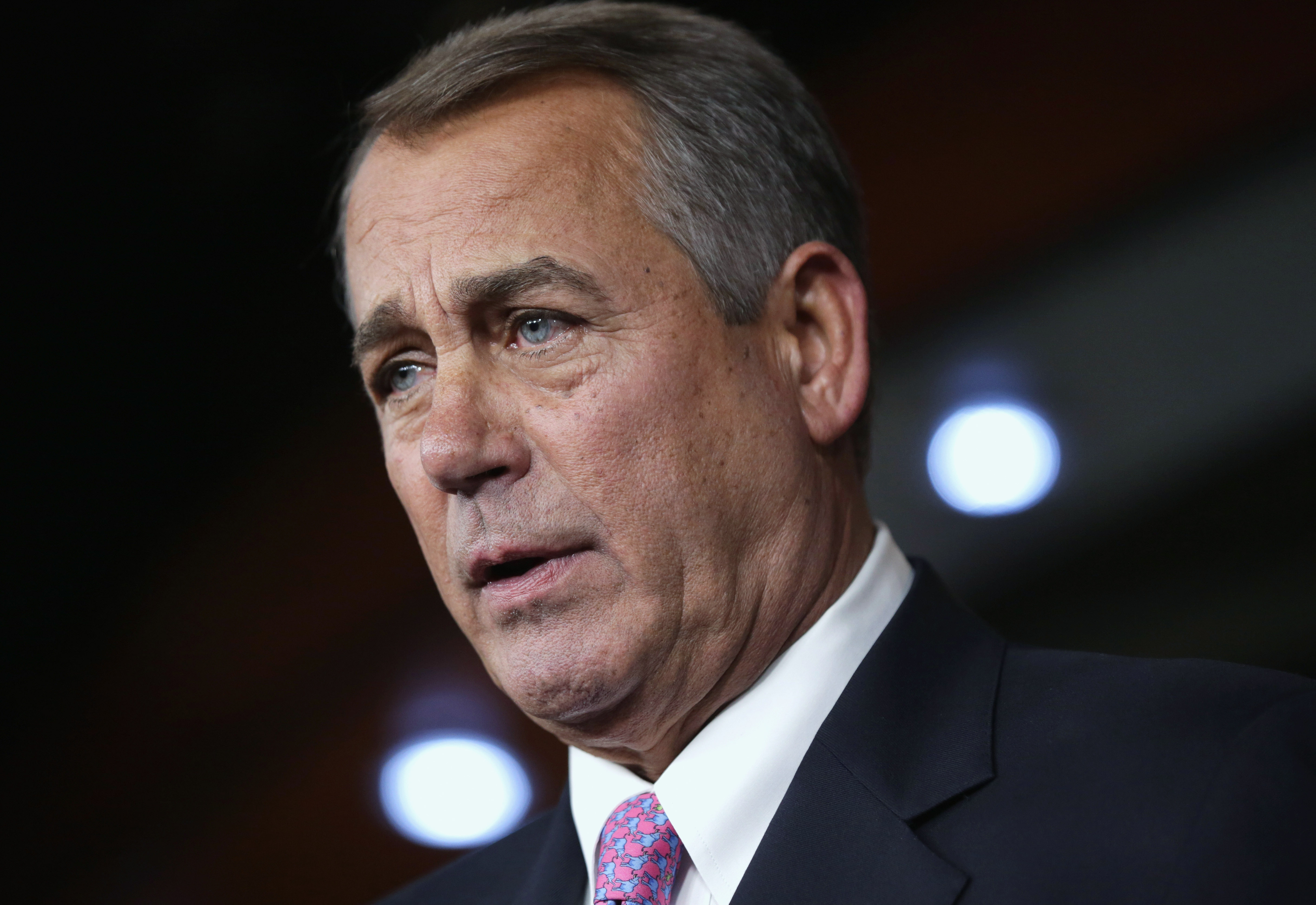 Just a week ago, House Republican leaders released a set of principles for an immigration overhaul, raising the expectation that they were finally preparing to tackle the issue after months of inaction. But House Speaker John Boehner, R-Ohio, suggested another long delay is imminent because the president can’t be trusted to enforce existing laws.

“This is an important issue in our country, its been kicked round forever and it needs to be dealt with,” Boehner said. But, he added, members of Congress and the American people “don’t trust that the reform that we’re talking about will be implemented as it was intended to be. The president seems to change the health care law on a whim whenever it likes…now he’s running all over the country telling everyone that he’s going to keep acting on his own.”

“We are going to continue to discuss this issue with our members, but I think the president’s going to have to demonstrate to the American people and to my colleagues that he can be trusted to enforce the law as it is written,” Boehner added.

When asked about Boehner’s comments, White House Press Secretary Jay Carney said, “I think the president’s record speaks for itself.” He pointed to enhanced border enforcement and surveillance technology. Left unsaid – but something of which pro-citizenship activists are keenly aware of – is that the president has deported record numbers of immigrants caught living illegally in the United States.

Immigrant advocates have stepped up pressure on the president to unilaterally halt deportations, a move the president has resisted because he says it’s well beyond his authority. Carney repeated that point in his briefing Wednesday, telling reporters, “There’s no alternative to comprehensive immigration reform passing through Congress. It requires legislation.”

Lynn Tramonte, deputy director of the pro-citizenship organization America’s Voice, noted the high deportation numbers in response to Boehner’s comments. “Just one week after issuing their standards for immigration reform, the House Republicans are already seeking to lower expectations about passing legislation this year and testing out excuses. Republicans need to realize this isn’t about Obama …it’s about them,” she said.

Still, Boehner is far from the first Republican to make this argument. Last, Sen. Marco Rubio, R-Fla. – one of the architects of the Senate’s comprehensive immigration reform bill -- said the administration’s handling of the attack on the 2012 attack on American diplomats in Benghazi and the increased scrutiny of conservative organizations by some employees of the Internal Revenue Service were proof they wouldn’t enforce the law.

“I don’t know if it can happen under this administration given its lack of willingness to enforce the law. It’s a real impediment,” Rubio said at a breakfast hosted by the Wall Street Journal.

Rep. Paul Ryan, R-Wis., who has been one of the more vocal supporters of immigration reform among House Republicans, said he doubted whether an immigration bill could pass in 2014 because of Republican agreement on one big issue: “We don't trust the president to enforce the law.”

Boehner’s comments follow on a gathering of conservative congressman yesterday where several members said the GOP should wait to act on immigration legislation until after the midterm elections, when Republicans could gain control of the Senate.

"I think it's a mistake for us to have an internal battle in the Republican Party this year about immigration reform," said Rep. Raul Labrador, R-Idaho, who was part of a group of eight House lawmakers from both parties working on a comprehensive immigration bill last year before dropping out of the group. "I think when we take back the Senate in 2014 one of the first things we should do next year after we do certain economic issues, I think we should address the immigration issue."

On top of that, Senate Minority Leader Mitch McConnell, R-Ky., has said the House and Senate have an “irresolvable conflict” on how to reform the immigration system – the Senate passed a single bill, whereas House leaders have said they will only consider a series of smaller measures – and so he doesn’t see how anything could pass this year.

Senate Democrats insist the only thing standing in the way of the House passing immigration reform is Boehner’s insistence on adhering to the so-called “Hastert Rule,” meaning he wouldn’t put a bill on the floor unless a majority of his members supported it.

The rule’s namesake, former Republican House Speaker Dennis Hastert, came out in favor of immigration reform yesterday that includes a way for immigrants who are currently illegal to seek citizenship one day.

Sen. Dick Durbin, D-Ill., said Hastert should call Boehner and tell him to dump the rule.