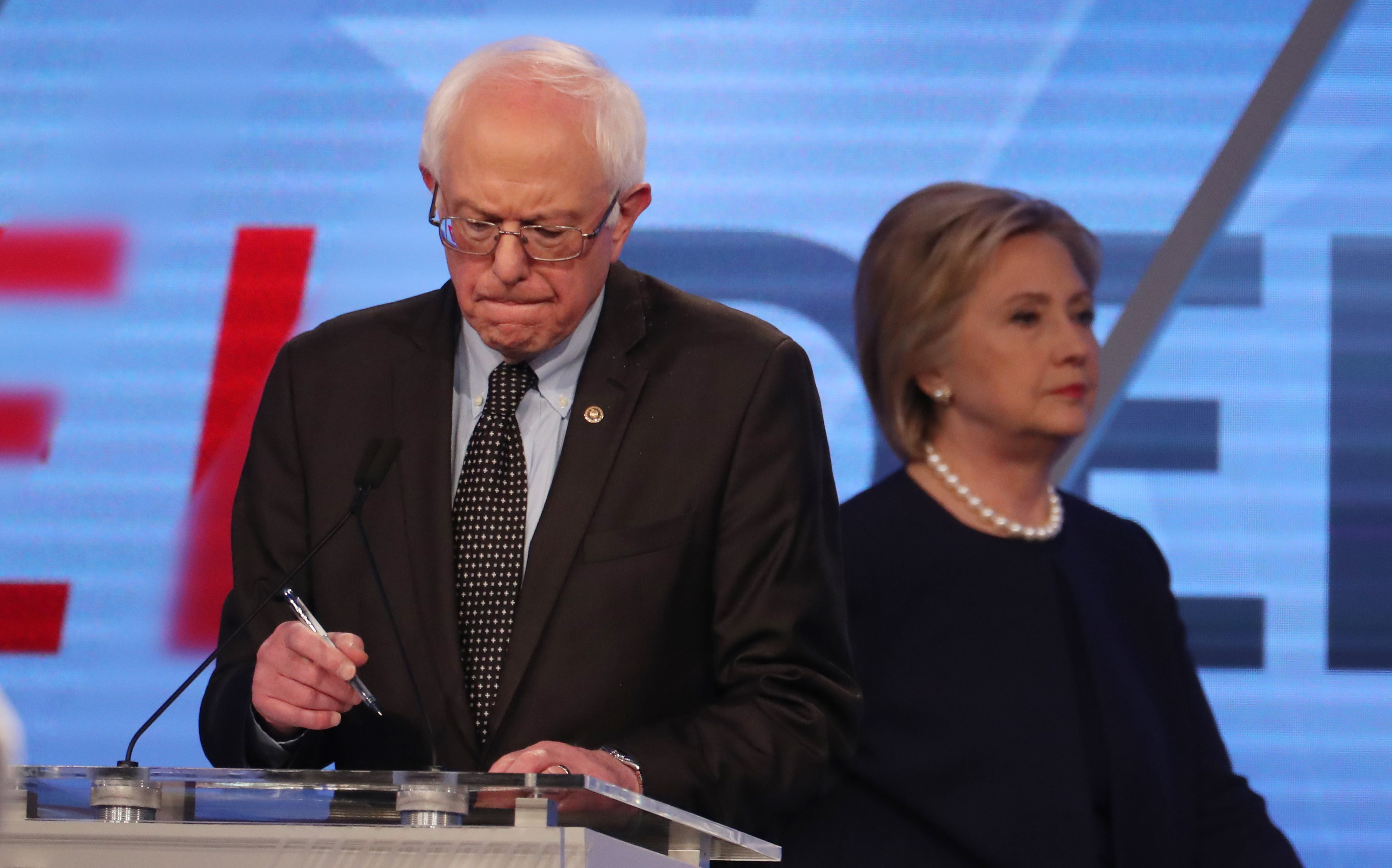 In Wednesday night's Democratic debate, Hillary Clinton criticized Vermont Sen. Bernie Sanders for voting against the 2007 immigration reform bill in the Senate--a bill Clinton herself, as well as then-Sens. Barack Obama and Joe Biden, voted for at the time.

"I think it's very hard to make the case that Ted Kennedy, Barack Obama, me, [The National Council of] La Raza ... leaders of the Latino community would have supported a bill that actually promoted modern slavery," Clinton said during the debate. "That was one of the many excuses used not to vote for the 2007 bill."

But what are the facts surrounding the 2007 bill, and the guest worker program it proposed? Politifact looked at the issue of Sanders's 2007 vote last fall in the context of a viral graphic describing his positions that was circulating at the time.

Sanders's argument at the time, which he reiterated on the stage Wednesday night, was that the bill's guest worker program promoted poor working conditions that in turn helped drive down wages for workers who were already here.

"They were cheated, they were abused, they were humiliated ... of course that type of effort leads to a race to the bottom for all of our people," Sanders said during the debate.

According to Politico, which looked at the issue in-depth last year, the guest worker program in the 2007 bill "would bring in foreign workers for two years at a time, but force them to leave the United States for a year in between each renewal. It also offered few protections for those workers, labor advocates said."

Politico also noted that at the time, Sanders said provisions in the bill "would bring low-wage workers into this country in order to depress the already declining wages of American workers." "With poverty increasing and the middle-class shrinking, we must not force American workers into even more economic distress," he said.

The Politifact article looks at the issue of guest worker treatment under the proposed law, and quotes a former immigration official at the AFL-CIO praising Sanders's position. During the debate, Sanders's campaign sent out a fact-check email noting that other groups, such as the Labor Council for Latin American Advancement, the Hispanic Federation, the National Day Laborers Organizing Network and the Teamsters.

"Sanders was basically one of our only allies ... especially for low-skilled workers" Ana Avendano, said, according to news reports. "He adamantly put his foot down and said these kinds of programs (allow) employers to bring in more and more vulnerable workers."

A New York Times article from earlier in the primary season, when Sanders got other questions on the topic, notes that his rhetoric had more to do with American workers in the country than with guest workers coming on the proposed program.

"His language at the time often related not to the concerns of the workers receiving the visas, but to the bill's impact on American wage-earners," the article read. "And those words are at odds with how much of the Democratic Party currently discusses immigration overhaul, all but guaranteeing he will continue to be asked to clarify his views."

That point was also on the mind of debate moderator Maria Elena Salinas, who asked Sanders, "Senator, were you concerned with working conditions for guest workers, or really because you think immigrants drive down wages and take jobs from Americans?"