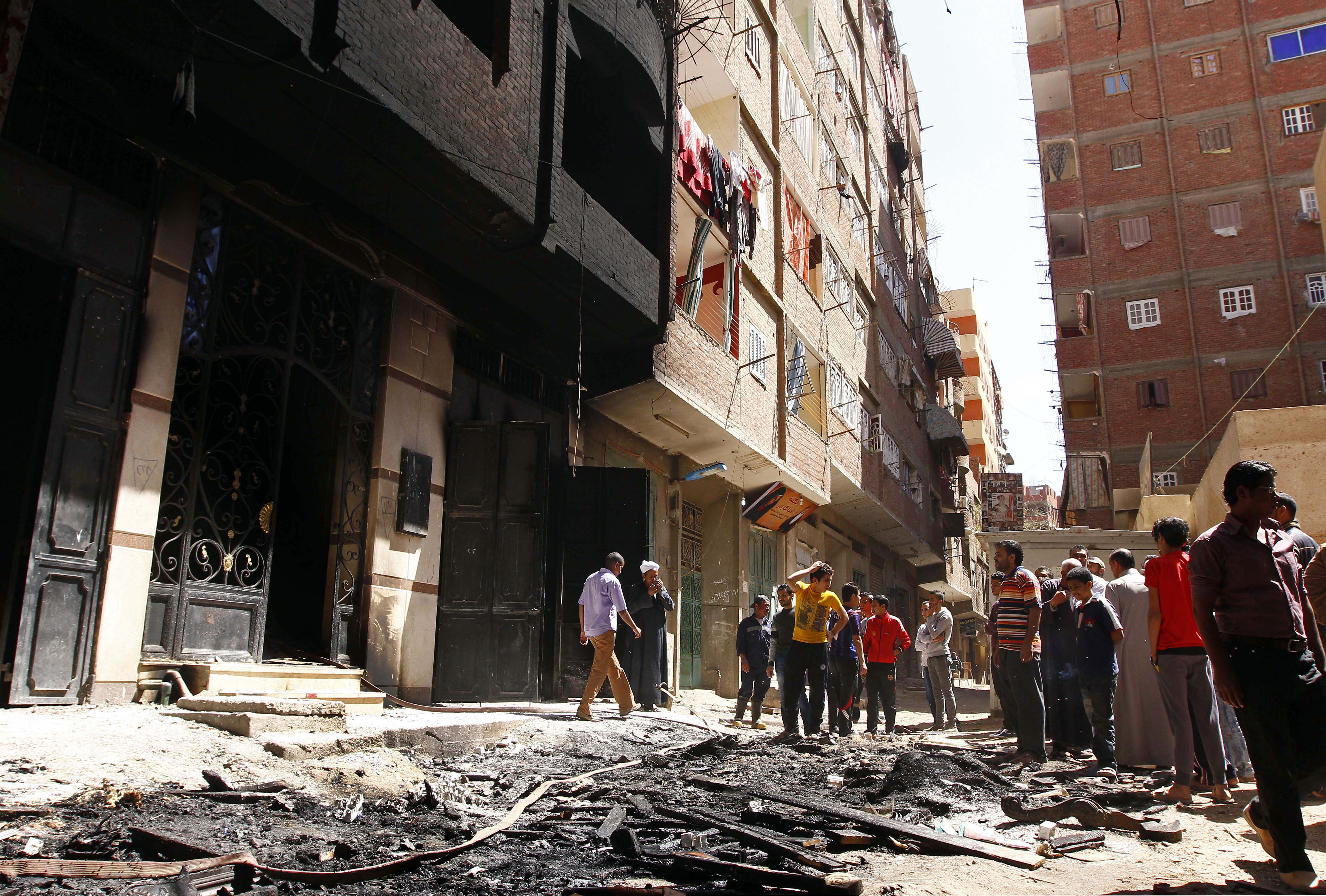 Investigators said they were waiting for autopsy reports to confirm how the men — four Christians and a Muslim — were killed in the small town of Khosoos, some 12 miles north of the capital.

President Mohammed Morsi's office released a statement condemning the violence and "any actions aimed at disrupting unity and cohesion of Egyptian society."

Christian-Muslim tensions flared under the former regime of Hosni Mubarak, and a bomb killed Coptic worshippers just weeks before the 2011 uprising against his rule broke out. In the absence of a strong police force since the revolt, attacks have become more frequent.

Police said the clashes started when young Muslims drew inflammatory symbols on an Islamic institute and a local mosque. Christian onlookers and Muslims nearby began quarrelling and soon residents wielding guns began firing on one another.

Residents interviewed by The Associated Press, however, offered different accounts of what sparked the violence, and said police arrived hours after the fight ended. Some residents said violence was begun by feuding families. Others said the fight began after a woman was verbally harassed in the street.

The varying accounts could not be immediately reconciled.

The clashes also started a fire near a church, which is now closed and guarded by armored police vehicles. Broken glass from smashed shop windows littered the street, where the hulks of several burnt out cars stood.

"Police fired tear gas and we all left," said 36 year-old Atef Atta, a Christian resident. "Christians are always victims and the government doesn't do anything."

Egypt's Coptic Christians, who make up about 10 percent of the country's 85 million people, have long complained of discrimination by the state. They are the largest Christian community in the Middle East.

"Security authorities should take all measures to resolve the problem and religious figures should intervene to end the tension," Freedom and Justice Party Chairman Saad el-Katatni said in a statement emailed to reporters.

Church officials in the neighborhood where the fighting took place could not be immediately reached for comment.

Egyptian Christians fear that lack of security and political tension, along with incendiary statements by some ultraconservative Islamic clerics might give extremists a freer hand to attack churches and Coptic property, especially in the country's poorer areas.