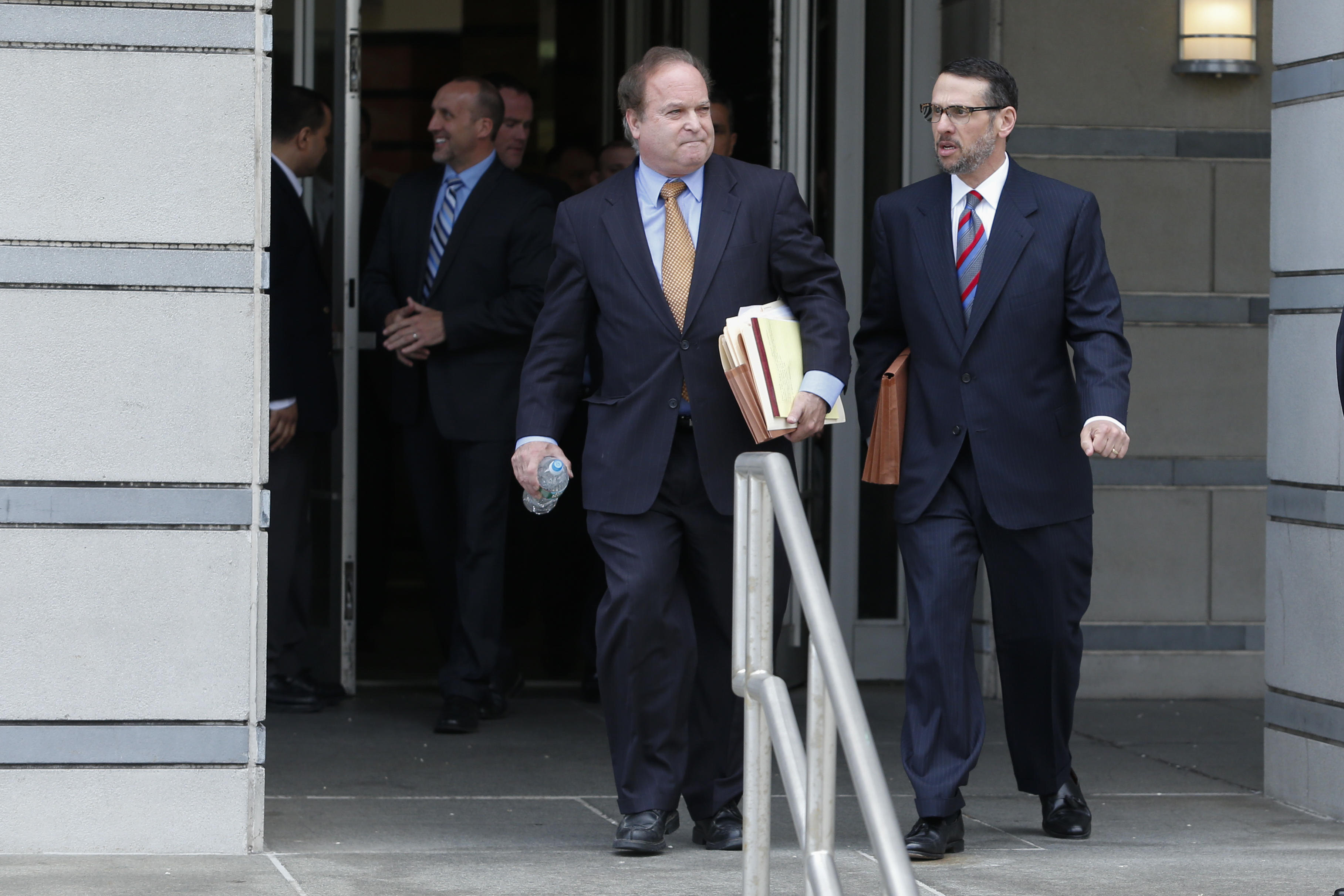 Leaving federal court in Newark on Friday, Wildstein looked much like he did when he walked in – serious and not smiling.

Wildstein, who was appointed to the Port Authority by Christie, said his role was to enforce the governor’s agenda by using grants, trips to the World Trade Center, and flags that flew over Ground Zero as gifts to Democratic officials to entice them to vote for Christie in his 2013 reelection bid.

Wildstein, 55, claimed he told Bill Baroni, who was Christie’s main man at the Port Authority and who is now on trial, that he had to focus on the “one constituent rule.”

He said that meant, “The only person he needed to make happy was Gov. Christie.”

“It’s very depressing — it’s depressing,” said New Jersey state Sen. Loretta Weinberg. “Everything used as a tool for the constituency of one.”

Weinberg, who started the investigations into the George Washington Bridge lane closures in September 2013, reacted to what Wildstein said in court. Wildstein said he had a close relationship with Bridget Kelly – Christie’s former aide who led a department that sought endorsements of Democratic mayors and who is also now on trial.

Wildstein said of Kelly: “I viewed Ms. Kelly as my boss. She was a senior in the governor’s office.”

“I saw much to do about nothing,” Critchley said.

Critchley said Wildstein did not answer to Kelly, and “we’ll establish that without a doubt once we cross examine him.”

Baroni’s attorney claimed he and his client have established that Wildstein has been a liar all his life.

Christie and Wildstein attended high school together, and Christie appointed Wildstein to a position at the Port Authority that was specifically created for him.

Wildstein has been living in Sarasota, Florida since pleading guilty last spring.

The New Jersey state Assembly has discussed drawing articles of impeachment against Christie over the scandal, but Democrats said it would be a waste of time, since Christie will be out of office soon.

Christie has repeatedly denied knowing about the closures in advance.

In court Thursday, the executive director of the Port Authority, Patrick Foye, called Wildstein abusive and said he was unable to fire him because he was protected by the governor, WCBS 880’s Peter Haskell reports.

Ahead of Wildstein’s testimony, Matt Mowers took the stand and offered new evidence.

Mowers, who worked under Kelly in a department tasked with securing endorsements from Democratic mayors, said that on the first day of the closures Kelly sent him an email asking how Sokolich was doing, CBS2’s Christine Sloan reports.