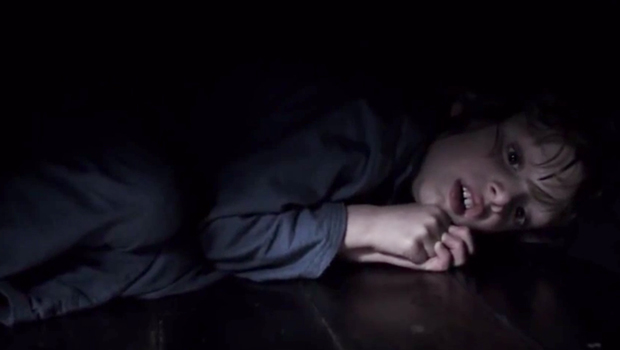 Our critic David Edelstein has some holiday movies he wants to tell you about . . . scariest first:

Here we are, in the midst of the holiday movie season, Oscar bait everywhere, and much more to come on Christmas Day, and even so -- even so -- I mostly want to talk about "The Babadook."

So what is it, this thing, this movie? A phenomenally terrifying Australian horror picture, the debut feature of director Jennifer Kent, that just won the New York Film Critics Circle prize for Best First Film, which is ultra-prestigious (and not just because I'm a member). William Friedkin, who directed "The Exorcist," called it the scariest film he has ever seen. Not too shabby!

But it's more than scary. It's seriously scary.

The greatest horror stories center not on monsters from without but from within, the ones who spring from our fear, our guilt, our resentment, our rage.

In this case, it's from a widowed mother named Amelia (played by the amazingly vivid Essie Davis). She's lonely, exhausted, hard up, under incessant pressure -- much of it from her son, Sam, played by Noah Wiseman, a bright, sweet kid but more and more unmanageable.

And the Babadook? He's a bogeyman out of a twisted bedtime story -- literally out of it, since he announces himself in a rhyming, black-and-white pop-up book that appears -- just appears -- on Sam's shelf.

It doesn't take long to realize that Jennifer Kent is less interested in the ghoul itself than a mind in crisis -- the mind of a mother who has come to despise her child.

No, that's too simple. She loves him more than anything. But there is a place, deep, deep, deep down, where there lives something bad.

To watch the trailer for "The Babadook," click on the video player below.

What else to see?

Reese Witherspoon is in the grand tradition of heroes who embark on long wilderness walks to purges themselves of sin, grief, or just the bad parts of civilization in the spunky adaptation of Cheryl Strayed's "Wild."

And Moses is back -- and Christian Bale's got him -- in "Exodus: Gods and Kings," which confirms that -- whatever else it is -- the story of the Hebrews' flight from Egypt in the wake of horror-movie-worthy plagues is a ripping good yarn.

As the holidays approach, I'll have a lot more movies to talk about.