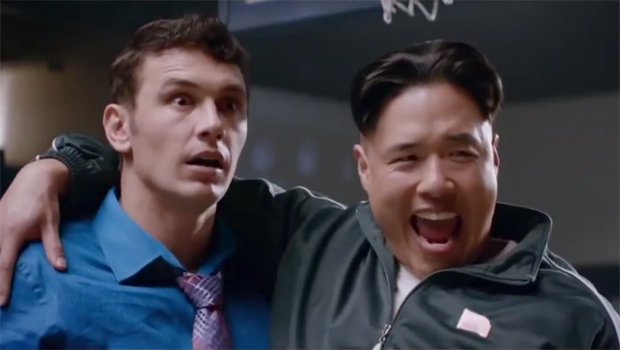 This past week, President Obama and Sony Pictures had sharply different views about the studio's decision not to release the movie "The Interview." Our contributors David Edelstein and Ben Stein have very different views as well:

In the last few days we've been reminded of filmmakers who stuck it to foreign leaders.

Charlie Chaplin's "The Great Dictator" turned Hitler into a clown.

The "South Park" guys, in the great "South Park: Bigger, Longer, and Uncut," made Saddam Hussein Satan's gay lover. In 2004, they even went after Kim Jung-Un's dad, Kim Jung-Il, in the outrageously racist "Team America: World Police," which I adored.

But ten years ago North Korea probably didn't have a hacking program. And even the "South Park" guys got censored when they tried to represent the Prophet Muhammad in an episode of the show -- a Muslim no-no. After threats of violence, Comedy Central blocked the face.

Sony also had an economic incentive to eat the cost of "The Interview." Asia is now the source of Hollywood's greatest profits, and the Chinese are fond of North Korea. Plus, if American audiences were scared to go to the multiplex over the holidays, there goes some of the year's biggest profits.

Look, I know it's easy for me to gas on about principles when lives might -- might -- have been at stake.

But there's going to be a chilling effect on movies.

Good luck going after the Chinese, or the Russians -- or even our own leaders, if American groups make threats.

Would-be studio blockbusters are already gutless enterprises for fear of limiting audiences. Now they have a reason to tell artists to play it dully, apolitically safe.

To watch a trailer for "The Interview" (since that's all you'll get to see), click on the video player below.