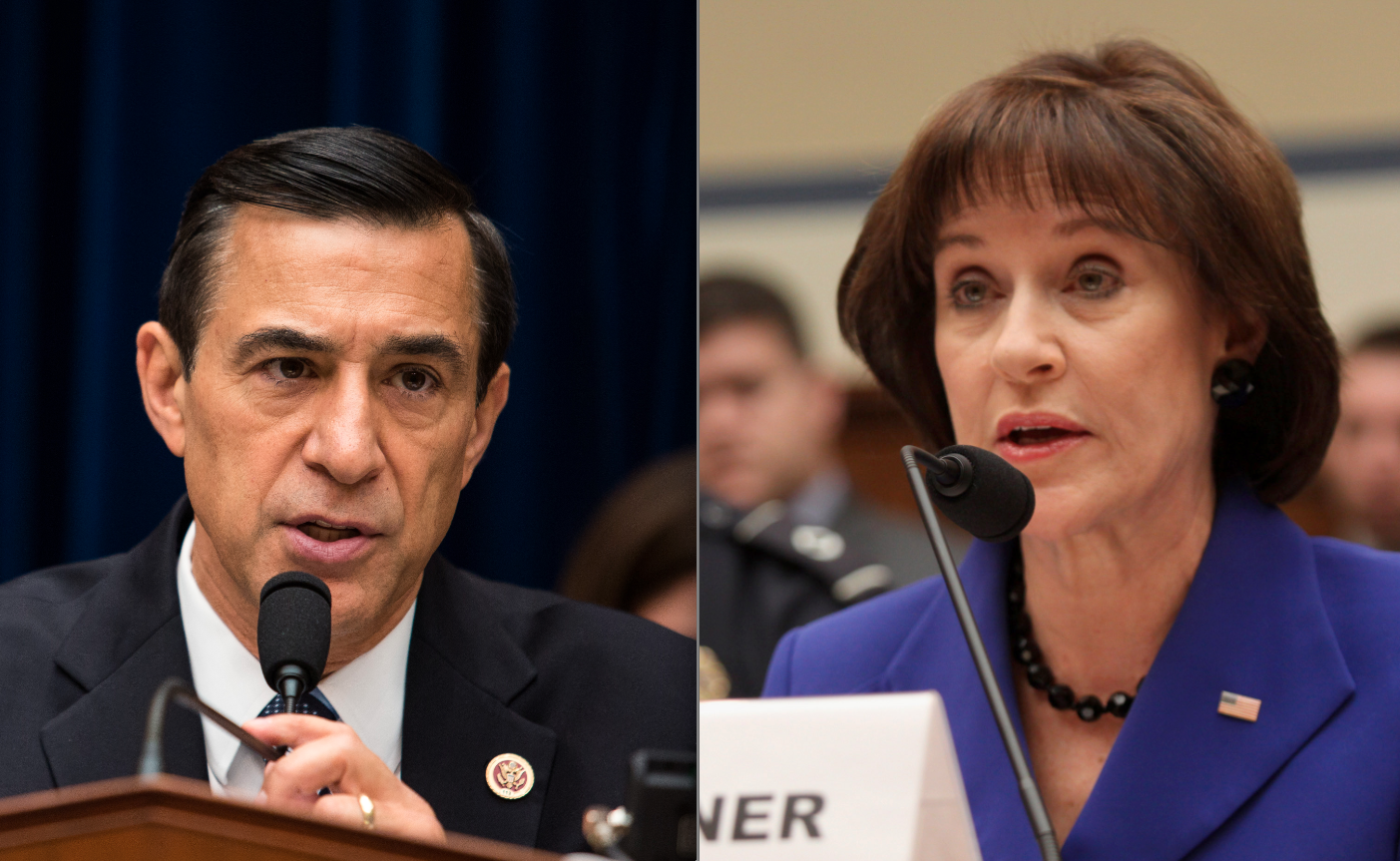 Those emails, which apparently disappeared when Lerner's hard drive crashed in 2011, have breathed new life into accusations that Lerner and others at the IRS used the tax agency as a weapon against President Obama's political opponents, and that they later engaged in a cover-up to hide their misconduct.

Lerner's attorney, though, rebutted Issa's claims, saying his client is being wrongfully impugned by Republicans who are only interested in making a political statement ahead of the 2014 midterm elections.

"This is...election-year politics," the attorney, William Taylor, told CNN about the firestorm surrounding the emails. "It's convenient to have a demon that they can create and point to."

In his own appearance on CNN before Taylor, Issa said his concern is anything but political.

"We will probably never know" what happened to Lerner's emails, he acknowledged. "The drive is physically gone."

"What we do know...is she broke some regulations. She broke some laws," he said. "She knew under the Federal Records Act that she had an obligation for these documents to be preserved, these emails."

Taylor, though, said Lerner did "exactly what the IRS required that she do."

"She printed out some things, not others," he said. " You can't print out hundreds of thousands of emails."

David Ferriero, the head archivist for the U.S. government, told Congress on Tuesday that the IRS skirted the law when it neglected to disclose that Lerner's hard drive crashed three years ago.

"Any agency is required to notify us when they realize they have a problem," he said.

Issa did not say whether he believes Lerner intentionally crashed her own hard drive to hide a damaging electronic paper trail, but the more general accusations of a cover-up coming from Republicans earned a strong rebuke from Taylor.

"[Lerner] walked into the office one day, and her screen went blue," Taylor explained. "She asked for help in restoring it. And the I.T. people came and attempted to restore it. They even went so far as to send it to another expert to try to restore the emails."

Taylor argued computer crashes at the IRS aren't out of the ordinary, saying there have been 2,000 such crashes at the agency just since the beginning of the year.

"Nobody was thinking about trying to keep anything from being discovered," he said. "She was as upset as anybody else was about the loss of the emails and the other documents which were on there, which were quite important to her. "

But it seems Issa is a long way from taking Lerner's attorney at his word.

"Her attorney has said things and been not correct, or disingenuous, or outright lied a number of times, and it's been shown by emails," Issa said. "An attorney trying to get his client off the hook after flubbing the taking of the Fifth certainly will say and do a lot of things, but they're not held accountable. Ultimately, what we know is the archivist said that the IRS...failed to properly keep documents."

Lerner has twice pleaded the Fifth before congressional panels investigating the targeting scandal, which centers on accusations that the IRS unit responsible for processing the tax-exemption applications from non-profit organizations heaped unfair scrutiny on conservative-leaning organizations.

On Sunday, though, Lerner's attorney defended his client's decision to not provide testimony to Congress on the matter, saying many of her Republican interlocutors had rendered a verdict before the investigation ever began.

"There was no pretense that this would be a fair process," he explained. "From the beginning, the Republican majority has screamed, without any evidence, about things that she did, and made it clear that...the only purpose of having her there would be to vilify her."