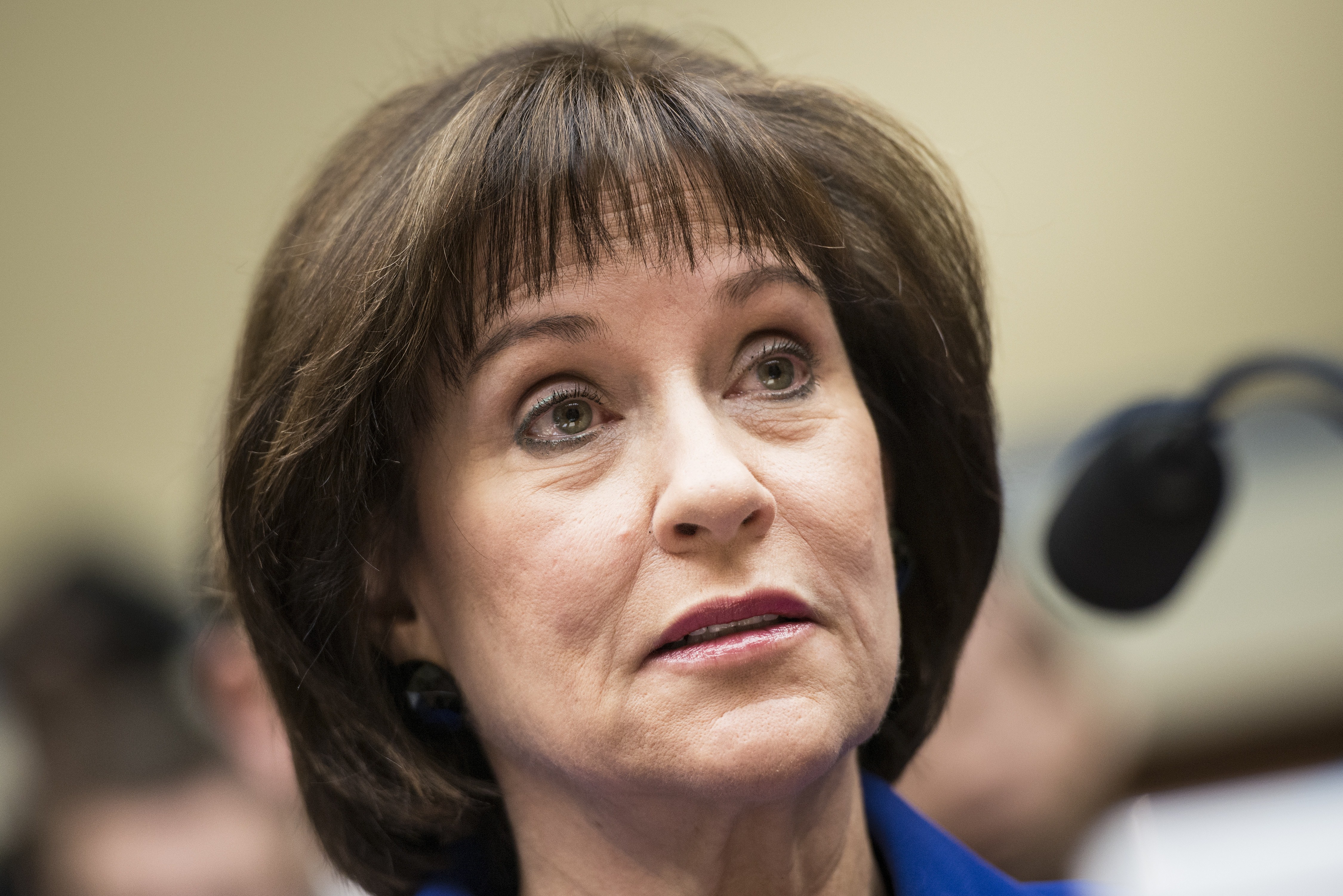 WASHINGTON - A former IRS official at the heart of the agency's tea party controversy called Republicans "crazies" and more in newly released emails. And a key GOP lawmaker says the remarks show that Lois Lerner was biased against conservative groups and targeted them for extra scrutiny.

Lois Lerner used to head the IRS division that handles applications for tax-exempt status. In a series of emails with a colleague in November 2012, Lerner made two disparaging remarks about members of the GOP, including one remark that was profane.

In one email, Lerner called them crazies. In the other, she called them "a**holes." The committee redacted the wording to "_holes" in the material it released publicly, but a committee spokeswoman confirmed to the AP that the email said "a**holes."

Congress and the Justice Department are investigating whether the IRS improperly scrutinized applications for tax-exempt status from conservative groups during the 2010 and 2012 elections.

Camp sent copies of the emails to the Justice Department, saying they provide further proof that Lerner willfully targeted conservatives.

"This new evidence clearly demonstrates why Ms. Lerner not only targeted conservatives, but denied such groups their rights to due process and equal protection under the law," Camp said in a letter to Attorney General Eric Holder.

"While the Committee has not seen any evidence of a serious investigation by your Department, it is my sincere hope that in light of this new, strong evidence that you immediately begin aggressively investigating this matter or appoint a special counsel," he added. "The failure to do so will only further erode public trust in not only the IRS, but the Department as well."

Lerner retired from the IRS last fall. Her lawyer, William W. Taylor III, could not be reached for comment.

Lerner has emerged as a central figure in several congressional investigations into the tax agency's handling of applications for tax-exempt status by tea party and other conservative groups. Twice Lerner refused to answer questions at congressional hearings, invoking her constitutional right against self-incrimination.

In May, the House voted to hold her in contempt of Congress.

In June, the IRS told Congress that an untold number of Lerner's emails were lost when her computer hard drive crashed in 2011. But earlier this month, Thomas Kane, the deputy associate chief counsel at the agency, told the House Oversight and Government Reform Committee that some of those emails could still be on backup tapes.

Despite the lost emails, the IRS says it is providing congressional investigators with 67,000 emails to and from Lerner.

In the newly released emails, Lerner was apparently traveling in Great Britain in 2012 when she used her Blackberry to send a series of emails to a personal associate who did not work at the IRS. Camp said Lerner was using her government email account.

Lerner tells the person that she overheard some women say America was bankrupt and "going down the tubes."

"Well, you should hear the whacko wing of the GOP," replied the person, whose name was blacked out by Camp's office. "The US is through; too many foreigners sucking the teat; time to hunker down, buy ammo and food, and prepare for the end. The right wing radio shows are scary to listen to."

Lerner replies: "Great. Maybe we are through if there are that many assholes."

The other person replies: "And I'm talking about the hosts of the shows. The callers are rabid."

Lerner: "So we don't need to worry about alien teRrorists. It's our own crazies that will take us down."

"This email shows that Ms. Lerner's mistreatment of conservative groups was driven by her personal hostility toward conservatives," Camp said in the letter to Holder.

Lerner is an attorney who joined the IRS in 2001. She retired last fall, ending a 34-year career in federal government, which included work at the Justice Department and the Federal Election Commission.

Lerner is the IRS official who first publicly disclosed in May 2013 that agents had improperly singled out tea party and other conservative groups for additional scrutiny when they applied for tax exempt-status. At the time, Lerner said a small group of agents working in a Cincinnati office were responsible. She apologized on behalf of the IRS.

A May 2013 report by the agency's inspector general blamed mismanagement by IRS officials for the way tea party applications were handled. But the report did not provide any proof of political bias on the part of agents.

In fact, the report noted that Lerner tried to stop the targeting once she learned that tea party and other conservative groups were being improperly singled out.

Since then, Republicans in Congress have been working to prove that conservatives were targeted as part of a conspiracy to stifle groups based on their political beliefs. Congressional investigators have shown that IRS officials in Washington were closely involved in the processing of tea party applications, many of which were delayed for several years.

However, congressional investigators have produced no evidence that anyone outside the IRS - including at the White House - directed the targeting or even knew about it.

Camp said the new emails provide evidence that a key IRS official may have been motivated by politics.