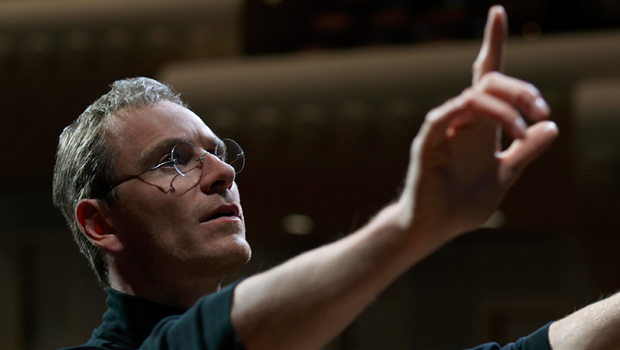 If you find it hard to believe your eyes when you see Michael Fassbender as "Steve Jobs" in advertisements, you're not alone.

Even director Danny Boyle said he didn't recognize Fassbender when he first saw him on the set of the movie.

Boyle said to HuffPost Live that he had no idea who Fassbender was during an early scene.

"I came onto the set and I saw this guy and I had this nightmare, because as a director, you want to try and know all the crew's names," said Boyle. "I remember thinking, 'Who's that?! That's someone I don't know! Oh no ... that's Michael!' So there was that moment where he changed somehow."

Boyle added that he was "gobsmacked" by Fassbender's transformation.

Boyle and writer Aaron Sorkin also told CBS News that there was added pressure to make the film in a way that rang true, because Jobs' widowed wife, Laurene Powell Jobs, and Apple CEO Tim Cook were not happy the film was being made.

Sorkin said, "I think they're underestimating the audience in terms of being able to tell what's a painting and what's a photograph, what's art and what's journalism. ... I'm saying we're doing a painting, not a photograph. We're not doing journalism or a documentary."

"He wasn't very impressed with our trailer ... but thank God he liked the film," said Boyle.