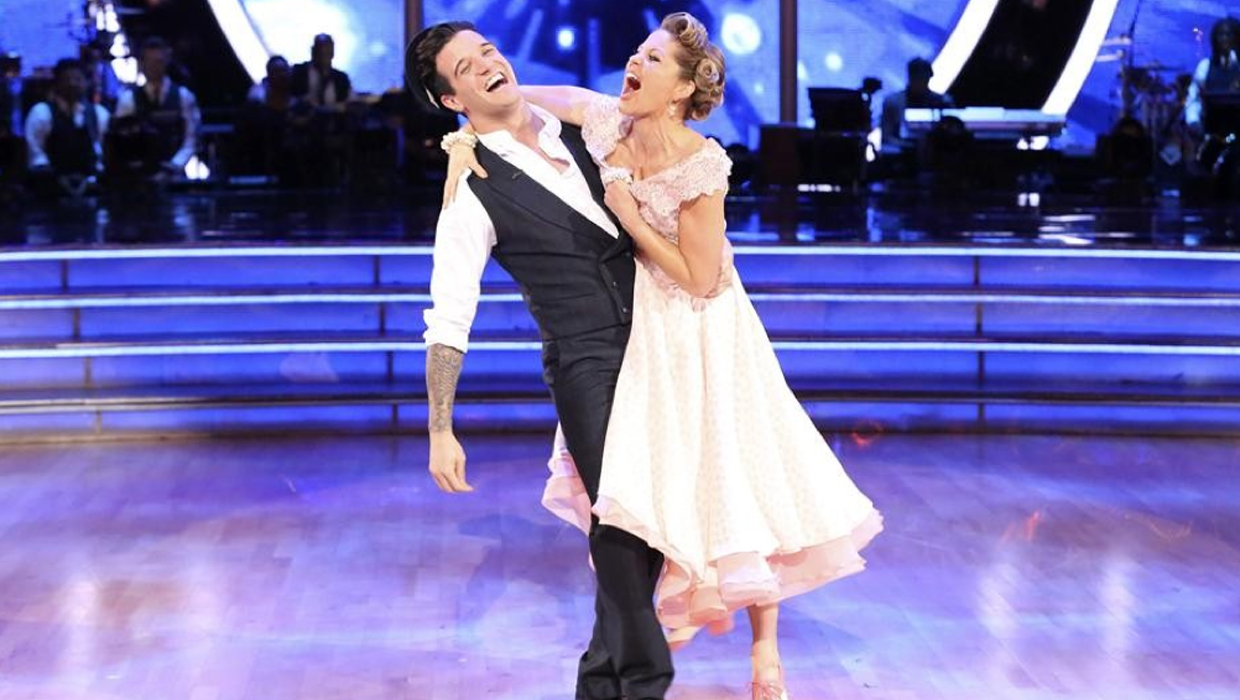 "Dancing with The Stars" pro Mark Ballas may find himself unable to perform during the show's season 18 finale. Ballas, 27, suffered a serious injury during a rehearsal with his celebrity partner, "Full House" star Candace Cameron Bure.

ABC confirms that Ballas was injured while rehearsing camera blocking. Ballas and Bure's routine involves a complicated maneuver in which he lifts the actress onto his shoulders. During the rehearsal, his shoulder was badly injured and he fell to the floor in pain.

Ballas was quickly taken to the hospital by ambulance where the pro dancer was treated, and later released. Ballas has been encouraged to sit out the finale, but he has insisted that he wants to perform.

If Ballas is unable to dance during Monday's show, another "DWTS" pro will learn the routine with Bure so that she'll be able to participate in the finale.

Bure and Ballas are one of four remaining couples that are competing to win the coveted mirror-ball trophy. The other couples are made up of Olympian Meryl Davis and Maksim Chmerkovskiy, "Big Time Rush" star James Maslow and Peta Murgatroyd, and Paralympian Amy Purdy and Derek Hough.

"Dancing with the Stars" season 18 comes to a close with a special two-night finale special, beginning Monday at 8 p.m. ET on ABC. The four remaining couples will dance that evening, and the results of their performances, as well as a one-hour recap special, will air Tuesday at 9 p.m. ET.